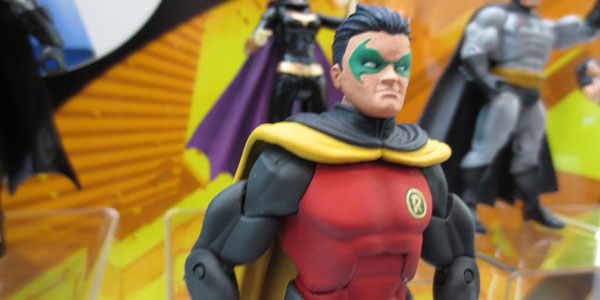 The only interesting Batman Unlimited release of 2013, becomes another decent entry for the sub in 2014… maybe.

Mattel is breaking out the big guns in their eleventh hour bid to drum up DC Universe Club Infinite Earths sales.  They’re presently at only 39% of the overall goal, and the sub is only open until Monday August 19th.

At Comic Con they revealed a scale accurate Doomsday, 90s style Aquaman, Ice and Conner Kent for the new series… and now they are adding in Damian Wayne Robin.  Damian was shown at Toy Fair, to be part of the Batman Unlimited toy line at retail, but apparently the awful looking Beware the Batman figure took precedence, so poor Damian was cancelled.

Now, he’s getting a second chance, as an entry in the 2014 DC subscription… provided Mattel can hit their goal in time.  So if you’re a Damian Wayne fan and you’ve been on the fence about signing up on Matty Collector, now might be the time.

Here’s the word from Mattel: 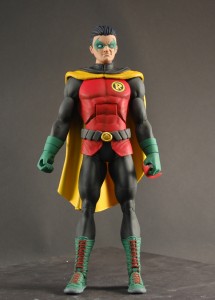 We’ve been waiting patiently while all the logistics were worked out, and now we can finally spill some news about the 2014 DCU subscription! Because you demanded it, Club Infinite Earths has added Damian Wayne to the 2014 lineup!

If the sub goes forward, the cancelled retail figure of Damian Wayne is set to join the most exciting group of figures we’ve ever offered. The son of Bruce Wayne and Talia al Ghul is scheduled to be the final figure released for the 2014 sub, joining an amazing lineup that so far includes Doomsday, ‘90s look Aquaman, Ice, and “Conner Kent” Superboy.

But there’s a catch… all of this only happens if the 2014 DCU sub goes forward. We’ve only got until August 19 to make it happen so sign up for a 2014 Club Infinite Earths subscription today!