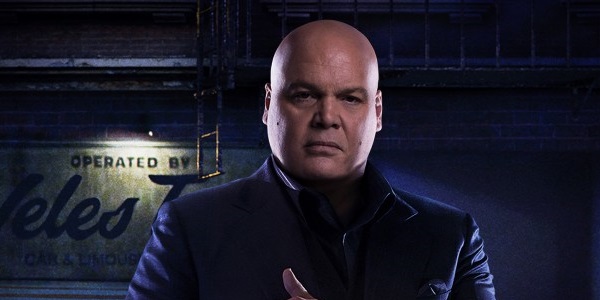 “Maybe that was God’s plan all along. Why he created him, allowed him to fall from grace…to become a symbol to be feared…warning to us all, to tread the path of the righteous.”

A story is three acts in pretty much all cases; introduction, conflict, and resolution. Any fan of Daredevil could tell you though that if you picked up an issue right now, odds are that there would be elements of misery on the pages. No character suffers like Daredevil, it’s what he does best. So believe me when I say that this is not just the conflict of the story. It’s a damn nightmare, as the personally designated Part 3 (Episodes 9-12) block of the series is loaded with elements of death, misery, destruction, and betrayal. The greatest element of that is the seemingly impartial way that these events seem to play out. No one is safe from the blanket of

misfortune that covers the plot; it’s a darker shade of horribly depressing.

It still doesn’t do anything to drag the series down though. The amazing fight scenes are all but put on hold, with an exception made for the duel between Matt and the red suited ninja (Yes comic fans, that means exactly what you think it does.), a moment which serves to humble the character of Matt Murdock, in both the story and the audience’s eyes. But this block of the series makes that seem insignificant. Cool…but insignificant. The four episodes in question are so emotionally turbulent, and feature the apex of the performances from all the actors. Charlie Cox gives a stirring performance as Matt at his most conflicted, Vincent D’onofrio displays a multitude of different sides to Wilson Fisk as he experiences his own traumas, Vondie Curtis-Hall gives a sympathetic portrayal as the emotionally drained yet willful Ben Urich, and Deborah Ann Woll brings her emotional projection to new heights as Karen Page, but the real standout here has to go to Eldon Henson’s Foggy Nelson who delivers a gripping performance in the episode “Nelson v. Murdock” (My personal favorite of the series thus far). The past comes back with a vengeance, as it seems everyone is brought to the table to face judgement. It’s a strong point of the 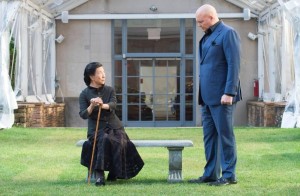 series. We can’t help but whimper impotently, as the plot buffets characters that we have come to know and love through expert storytelling and characterization.

It’s a plot that seems to be driven not by random coincidences, but by the cause and effect of choices made by all the characters throughout the series as sins from the past shape a horrifying future. Each decision is levied as having consequences in one of the most intelligently designed story structures I’ve ever had the good fortune to witness. Cause and effect is a hard element to mimic in a narrative (which is why it’s usually only done once or twice to enforce moments of irony), but Drew Goddard seems to do it effortlessly as if he had his own bulletin board connecting various plot points with tape. It unravels systematically, yet mercilessly as the characters are crushed under the ghosts of their own choices. It’s heartbreaking, yet undeniably intriguing to watch the plot unfold in this way, showing no quarter to hero and villain.

Final Word: There’s so much to say about Part 3 of Daredevil, and yet all of it feels difficult to put in to words. It’s a gut-punch to the feelings that anchors you to the story as characters that have been around since the whole thing started are brought low in all of the worst ways. It’s unbelievably dreary, but it just goes to show how successful Daredevil has been in providing an emotional attachment, with incredible acting, directing, and the real star, the writing.  Like Daredevil himself though, it tends to stumble.  The armor sub-plot, while interesting, feels a little to providential, and there’s an odd cut after Matt gets mobbed in the heroin production building that doesn’t explain how he escapes.  Regardless, the series is clearly still a labor of love that has focused on leaving the superhero story shtick at the door, and instead delivering the absolute best drama possible. All the performances are top notch, and the fight scenes have always been particularly well choreographed and designed, but it’s the intelligent design of the plot that has served as the perfect backdrop to what could only be described as the worst week of everyone’s lives. They say that it’s always the darkest before the dawn, but in this case…you have to wonder just how dark it can get.