Daredevil to Connect to the Avengers…Sort Of 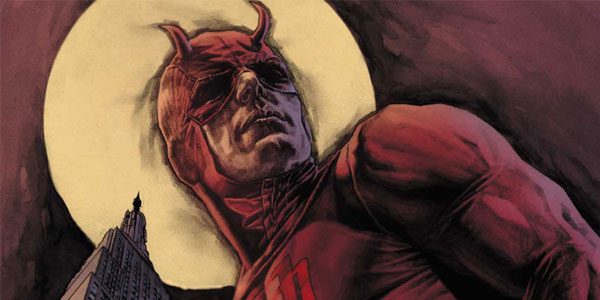 With filming starting on the new Daredevil many fans want to know when will he meet the Avengers? While doing interviews for Guardians of the Galaxy head of Marvel Studios, Kevin Feige, gave an update on the connection between the Netflix series and the Marvel movie world.

I think they’re being very smart about that, approaching the shows the way we approach movies, which is to focus on the core project, make sure it’s as great as it can be, beginning, middle, and end. Then they see if there are places where it makes sense for some interweaving of continuity. Right now, their goal, and they’re in production on the Daredevil series, is focusing on making it the best incarnation of Daredevil that has ever existed.

Any fans of the Marvel know they build slow, just look at Agents S.H.E.I.L.D., making some wonder how long it will be before the connections to the bigger Marvel world will be made. Do you think we will see big connections in the individual shows or only in the final series where all the heroes are brought together?