Daredevil Returns To Netflix In 2016 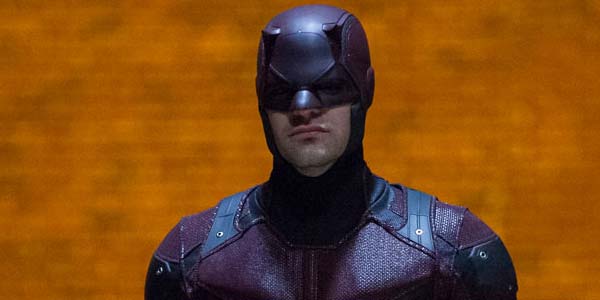 The Man Without Fear returns to Viewers Without Cable in 2016.

And so, one of the great modern mysteries of the universe has been solved.

The fact that Daredevil got greenlit for a second season should come as no surprise, considering the strong buzz and generally positive critical reception the Netflix original has received.  But the question we’ve all been wondering is– considering the four shows-and-a-miniseries structure of the Marvel/ Netflix deal– how exactly would a Season Two’s factor in?  Would we need to wait until after The Defenders in (presumably) 2017 before returning to the further solo adventures of Matt Murdock?  Or would a new season run concurrently with the over-arching game plan leading up to The Defenders?

It turns out to be the latter, apparently, as Marvel announced today that Daredevil‘s second season will hit Netflix in 2016, presumably before the miniseries teams him up with Jessica Jones, Luke Cage and Iron Fist.  That, in and of itself, is not a problem… one has to assume Marvel had factored in season renewals to their game plan all along, so I can’t imagine Daredevil Season Two really screwing with the Avengers-esque buildup to The Defenders in any major way.

What does leave me a bit more unsettled, though, is the changing of the guard concerning Daredevil’s showrunners.  Marvel’s announcement indicated that Steve S. DeKnight, the showrunner for Season One, would be stepping aside due to scheduling conflicts, with Doug Petrie and Marco Ramirez taking his place for Season Two.  Season-by-Season showrunner changes are not unheard of, especially in committee-governed projects like Marvel Studios’ releases… but a show like the aggressively inconsistent Walking Dead on AMC prove how easy it is for a series to lose its momentum when it switches leaders mid-course.  Marvel seems, by all accounts, way savvier than AMC in how they operate, but Walking Dead still feels like a very tangible example of how easily things can go south for a new, different direction for Daredevil when the show comes back.

Still, it’s Marvel.  I’ve drank that Kool Aid, I love the taste, and even if I don’t have the same zealous faith in their TV division as I do their movie studio, they have certainly earned the benefit of the doubt.  I’m mostly curious what this means for the inclusion of Bullseye, who DeKnight was championing as the “big bad” of his Season Two back when he was running the show… Time will tell, I guess?