Daredevil Goes Back To Year One With Walgreens 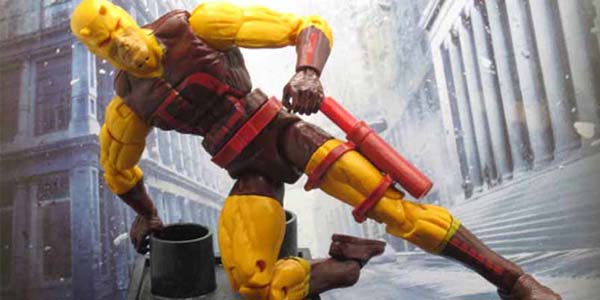 Walgreens is on a roll with their lineup of exclusive Marvel Legends figures, and the latest– Daredevil in his first appearance, yellow and red costume– is another worthwhile addition to the toy collection.  The figure is a repaint of the Spider-Man Legends Daredevil, which provides a good (if overly muscular) base for the character, and establishes some nice physical continuity between the two figures.

We’ve seen Matt Murdock’s old school duds a few times in the Legends line, dating back to the Toy Biz days when this costume became the first, ever color variant in the Spider-Man Classics series, but Hasbro’s latest version is probably the best yet.  The paint apps are very good, and the choice to go darker than usual, with a deep mustard yellow and maroon pallet for most of the figure, is a very wise one.  Not only do these darker tones speak better for the gritty guardian of Hell’s Kitchen, they allow for some really nice detail work, such as the bright red “D” on Matt’s chest, and red dot pattern on his gloves and boots, and the piercing red eyes stemming from beneath his yellow mask.

The figure includes his two-piece club/ cane, now cast in red plastic, which fits well in his leg holster.  While the Spider-Man Legends figure released earlier this year suffered from a soft stick that easily lost its shape, the new figure’s weapon is much sturdier; I’m glad to see Hasbro quickly remedied this issue.

There’s another big selling point with the First Appearance Daredevil… his alternate, unmasked head.  Making smart reuse of the modern age Hawkeye (but with red hair and glasses), this head is another cost-effective, tool-saving addition, but one that adds a lot of value to the figure.  The head fits very well on both this body OR the red suited Daredevil, making it a welcome piece to throw in the mix.  While it’s not a perfect fit, it doesn’t take much effort to fit the head onto one of the recent suited bodies like Agent Coulson or Chameleon, either, making this piece all the fodder you need to make a courtroom-ready Matt Murdock.

I was a little on the fence about this figure before I picked him up, as I find that– despite his faults– the skinny Legends Daredevil released in Hasbro’s earlier days felt like a better sculpt for the hero’s Silver Age look and body type, but there’s certainly enough to appreciate about the Walgreens exclusive to make him worthy of a purchase.  First Appearance Daredevil is available now at Walgreens stores. 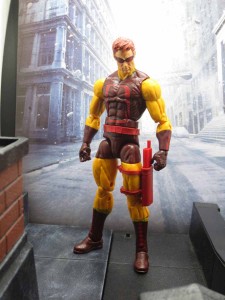 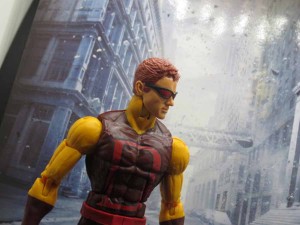 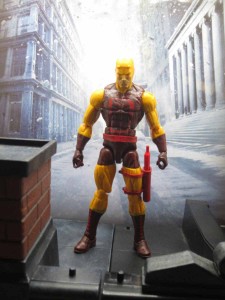 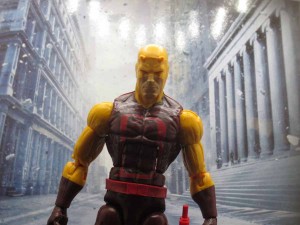 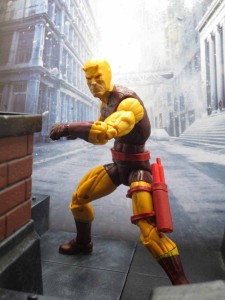 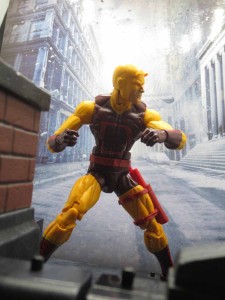 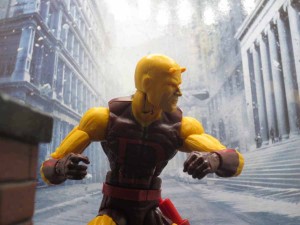 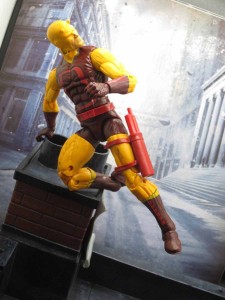 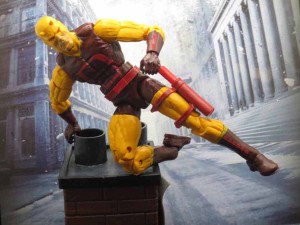 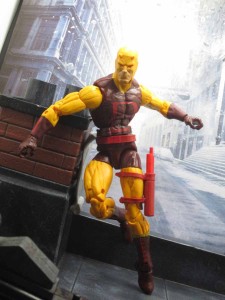 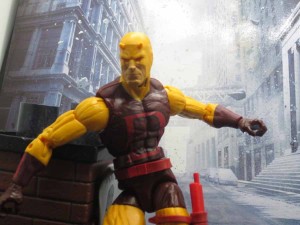 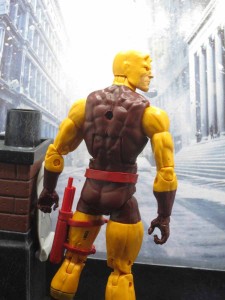 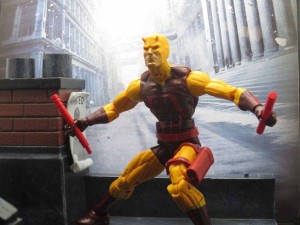 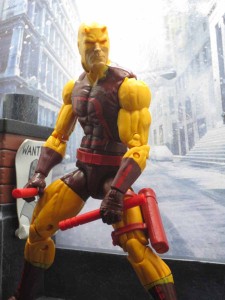 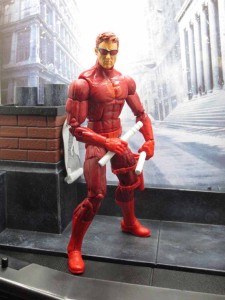 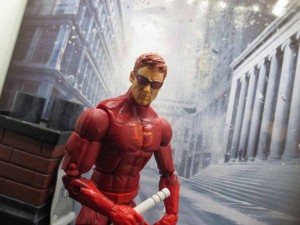 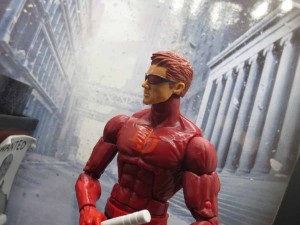 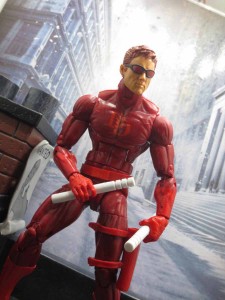 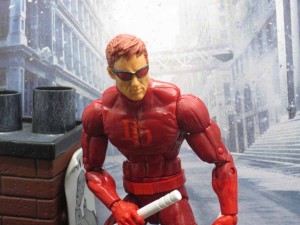 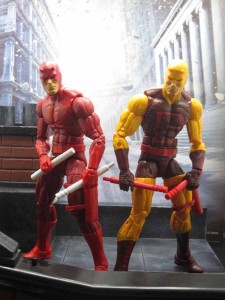 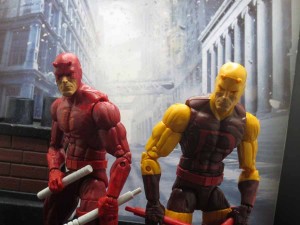 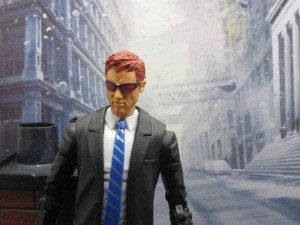 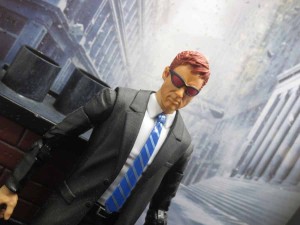 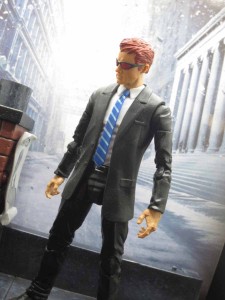 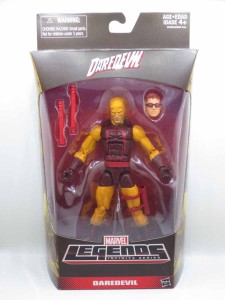 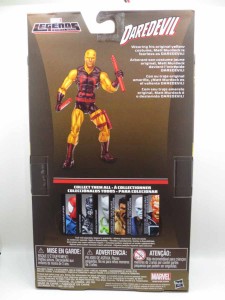 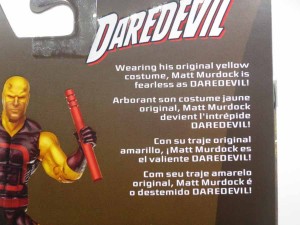 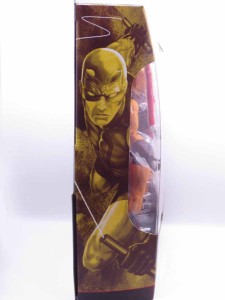