Dark Horse Brings the Mother of Dragons to Life 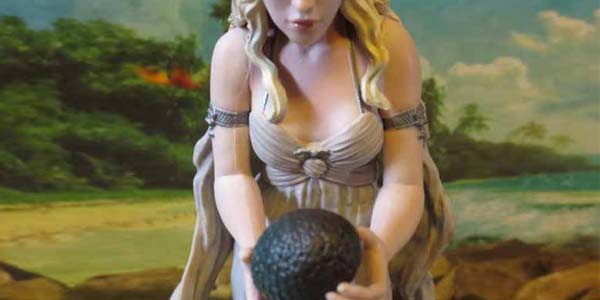 One of my favorite characters in Game of Thrones has always been Daenerys.  Watching her grow from a meek, timid victim in servitude of her loathsome brother, to the powerful and capable leader she is later in the story has always been one of the most interesting threads in a show filled with them.  So, I couldn’t in good conscience jump into Dark Horse Deluxe’s Game of Thrones collection and skip over my favorite character.

Overall, I like what Dark Horse did for this figure.  Based on the later half of Season one, Dany is depicted standing in the desert, holding one of her unhatched dragon eggs next to a chest containing the other two.  As with all the Dark Horse figures, the sculpt is very nice, and the variety of materials used– especially the soft rubber of Daenerys’ dress and sleeves– helps provide her with a very natural look.

The likeness to Emilia Clarke is almost right; from certain angles, this facial sculpt is perfect, but from others it seems a bit off somehow.  In total, it’s a better likeness than the Funko Legacy figure, although both versions of the Mother of Dragons are easily recognizable for any fans of the series.

Daenerys’ pose is quite natural, and I love the concept of simultaneously illustrating her maternal nature toward the eggs, and the impending danger of knowing what lies dormant inside them.  The eggs themselves are well sculpted and perfectly in proportion– the tough, scaly exterior is well sculpted, and each sports a paint job to highlight the variance in color between them.  Any of the three eggs can fit in Dany’s hands, or in the three cradles within the chest.

Our last piece is the chest, which features a hinged lid so it can be posed open to reveal its precious cargo, or closed to protect it.  The chest fits loosely on the base in an indented area next to Daenerys’ feet, and it rests well next to her.  I almost with the box had been fixed to the base, so it could hold together as one piece with the rest of the figure, but it’s nice to have the option of moving or removing it, if desired.

Dark Horse’s Game of Thrones figures have been quite impressive, and Dany– one of the first releases– proves they left the gate strong.  For only about $25, these figures are one of the best values on the market.  Between their size, the attention to detail and their wonderful paint apps, I’d easily expect these figures to clock in closer to double that amount.  I’m glad to see Dark Horse not slowing down with their series– Jaime, Cersei, Robb, Arya and a White Walker are all coming later this year– and I’m looking forward to seeing how deep they go with this great collection. 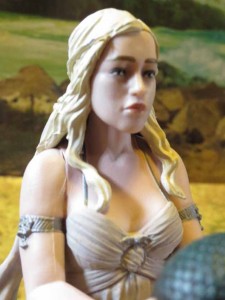 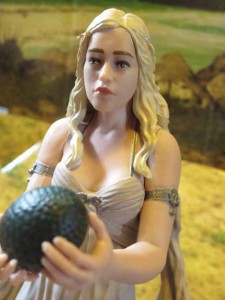 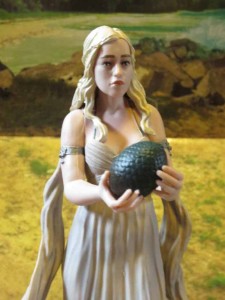 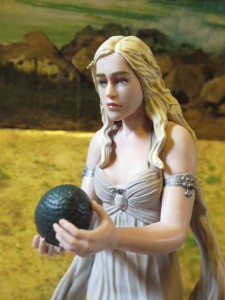 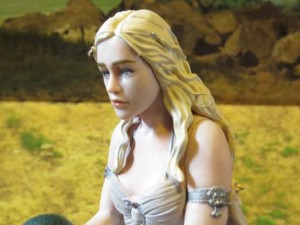 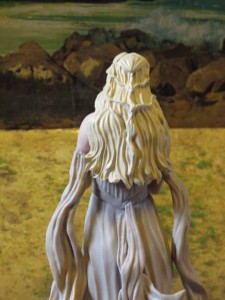 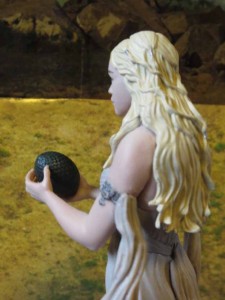 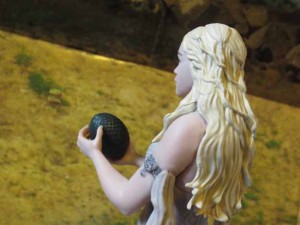 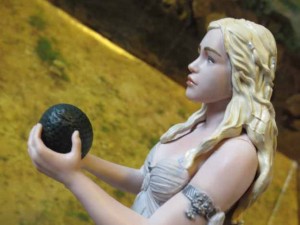 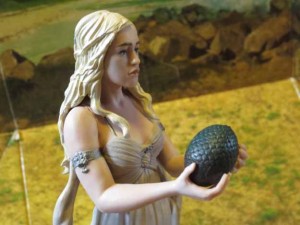 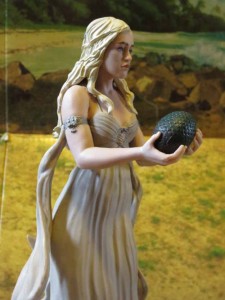 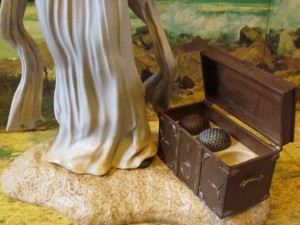 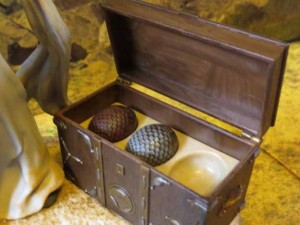 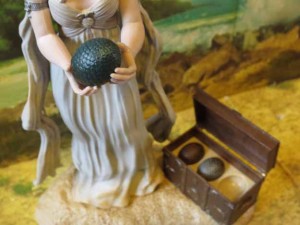 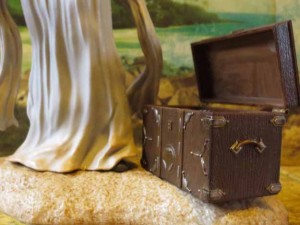 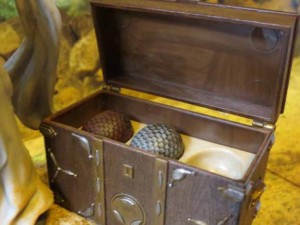 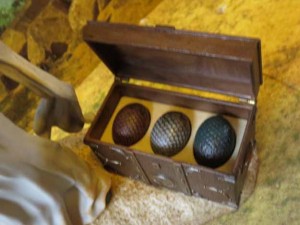 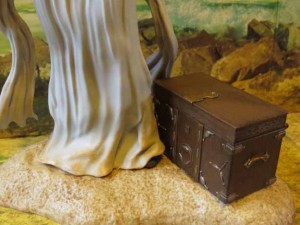 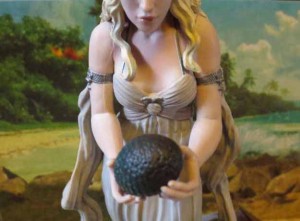 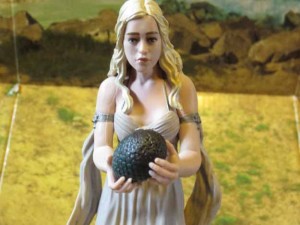 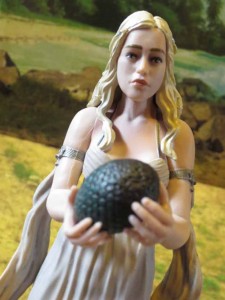 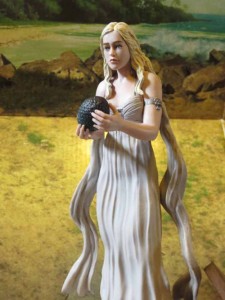 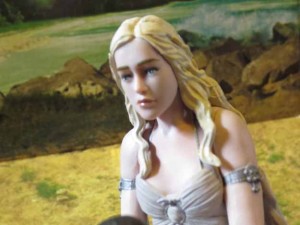 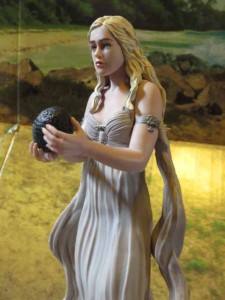 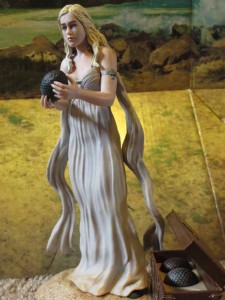 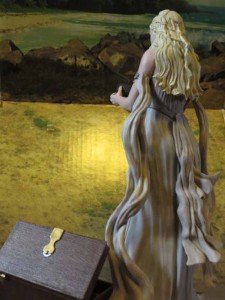 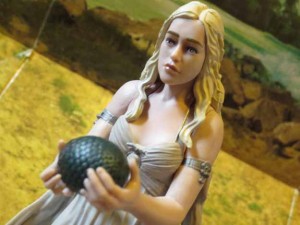 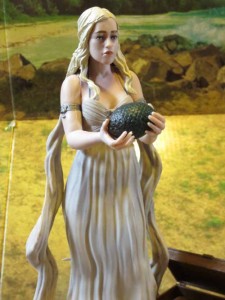 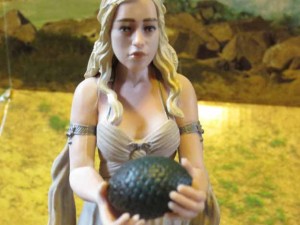