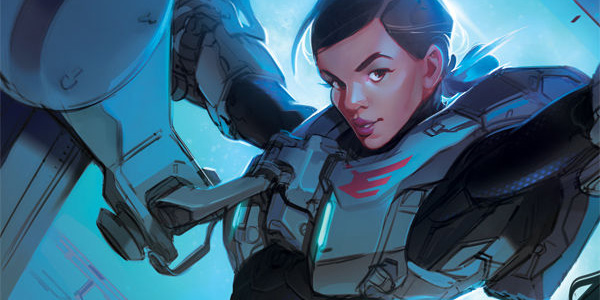 Halo Initiative #2 gives fans of the world of Halo a look at the making of Spartan and all the action of a sci-fi heist movie wrapped up in a comic book. 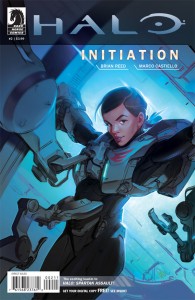 The second book in a three part series begins with a small group of rebels fed up with the UNSC. They are disgusted by the actions of UNSC using time and money to build a new ship,the UNSC Infinity, instead of helping the colonies rebuild after the war. Their answer to making the UNSC pay, steal the Infinity.

Sarah Palmer, a new Spartan, reintroduces the Spartan Project, giving new readers details on the work and procedure that go into making these elite soldiers. Palmer and her squad, who have just started to walk again, are participating in combat training. They are a young inexperienced squad, and during a battle with the Marines with the goal in sight, they break ranks and lose the exercise. Their training officer Musa, along with a character familiar to Halo reacher players, Jun offer them a pep talk.

On the Infinity, the rebels are ready to make their move, but they have a few hiccups in their plan. Will they get the Infinity or will this rookie squad of Spartans take them down?