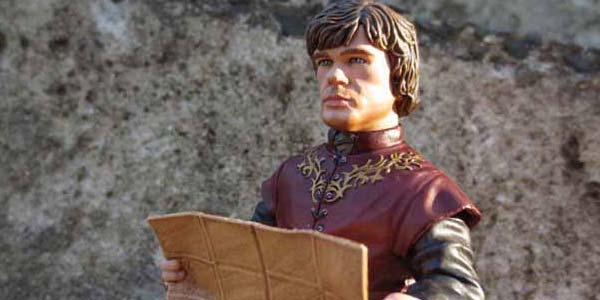 Tyrion Lannister gets an outstanding figure from Dark Horse Deluxe.

It’s funny how we can go from a drought to a flood, but right now we’re seeing the latter as far as Game of Thrones collectibles are concerned.  While I love what Funko is doing with their 6″ Game of Thrones Legacy line, I am thoroughly impressed by the 8″ figure collection from Dark Horse, as well.

These figures are pre-posed and feature incredibly detailed and show-accurate sculpting, wonderful likenesses of the actors, and outstanding paint detail.  The result makes this series feel more like statues than toys, but their insanely low price tag (about $25 per figure) makes them a great deal for pieces of this quality.

Tyrion is one of my favorite characters in this big, muttled story, and his figure certainly does the “half-man” justice.  He’s posed holding a map, wearing his traditional leather tunic, with a dagger draped on his belt.  Peter Dinklage has a very distinct face, but this figure does the best job of capturing his likeness that I have seen, as he contemplates his next move.

Small details really make this figure shine, from the gold trim on his shirt, to the gold rings on his fingers, to the scored and weathered look of the folded map in his hands.  The overall effect is a nice looking piece that captures the character very succinctly.  Like the other releases in this series, if I saw this guy on display with no background as to what he was, I’d assume he was a high end resin statue that would retail for the $50 range.  The fact that he’s plastic and available for less than half that is awesome, and has me very excited for the future of Dark Horse’s collection. 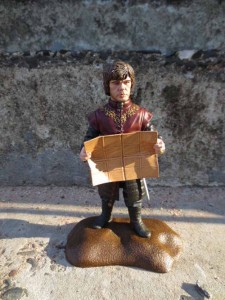 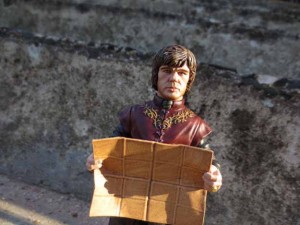 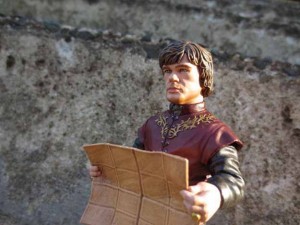 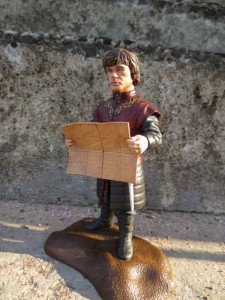 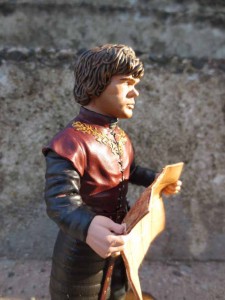 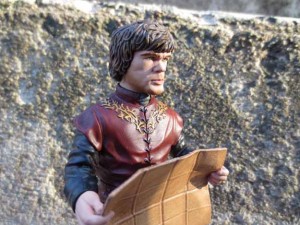 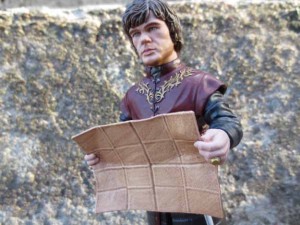 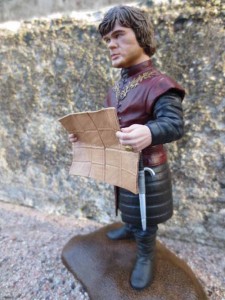 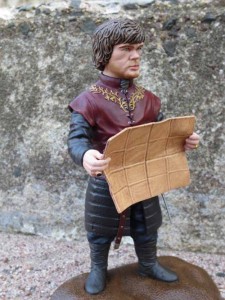 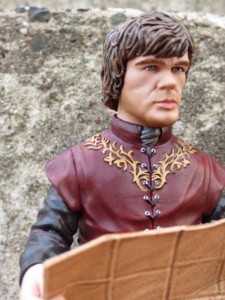 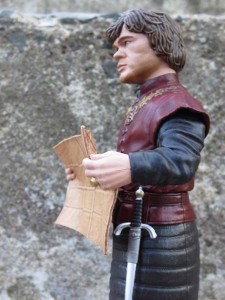 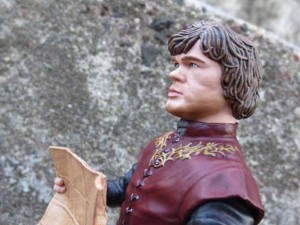 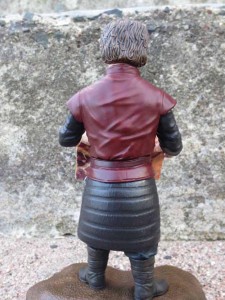 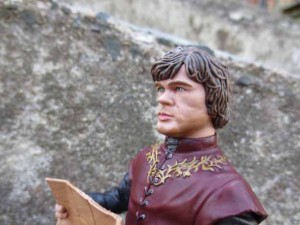 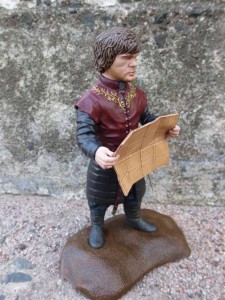 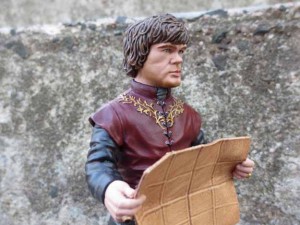 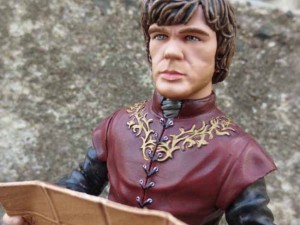 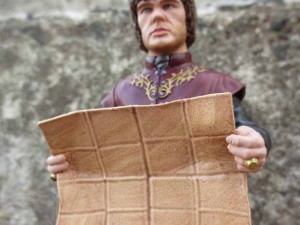 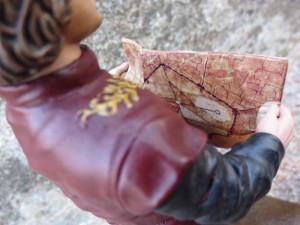 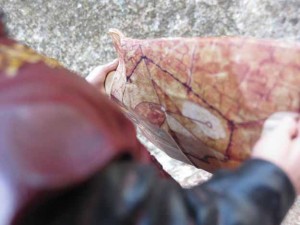 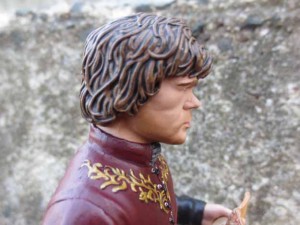 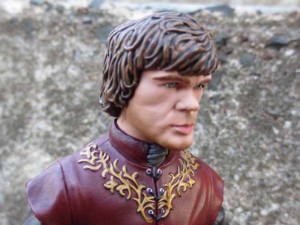