The Dark Knight Batman by S.H. Figuarts is a Game Changer! 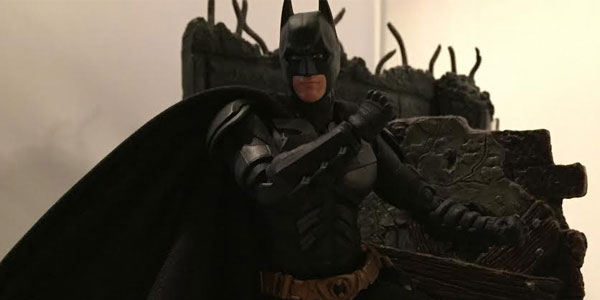 Fans demanded it, and Bandai Tamashii Nations listened. We FINALLY get a S.H. Figuarts super hero with a cloth cape! 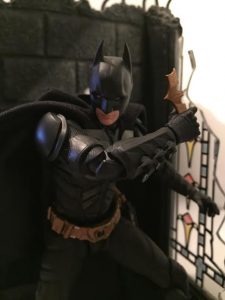 The cape is only the tip of the iceberg with the Dark Knight Batman action figure. MAFEX did two versions of Christian Bale’s Batman and S.H. Figuarts took the best of both and combined them into this beautiful masterpiece. This is the suit Batman gets in the beginning of The Dark Knight, and you can see the detail of the armor plates as if Lucius Fox were explaining it in person.

Packed in the box are FIVE sets of hands, two Batarangs, grappling gun, remote grenade gun, and an extra head sculpt. That is a lot of justice packed into a small box! It seems with Bandai Tamashii Nations’ DC license they were able to get in a few more accessories than their Marvel counterparts. The hands and head swap out with ease (but I do want to warn that the gauntlets are a little sharp, so please exercise caution when changing the hands), and Batman can hold the Batarangs with little to no effort.

The paint application on the accessories is brilliant. A lot of care and time went into the details of the grappling gun. The suit’s sculpted details are uncanny as well; you can see the separation of the plates and it is very noticeable how intricate the suit really is. I was not overly fond of the alternate head sculpt, however glad it was included. They could have used a different expression or made it the version from the end of the movie with the digital display eyes.

Batman can hit poses that the Injustice version can not, thanks to the cloth cape. This is a HUGE improvement from the hard plastic that all the other S.H. Figuarts have. The cape does have a wire running along the sides that allows for some posing. The cape is one of the features that has MAFEX figures winning the battles of the import figures, but with S.H. Figuarts adding this tool to the arsenal, MAFEX may have a run for its money! 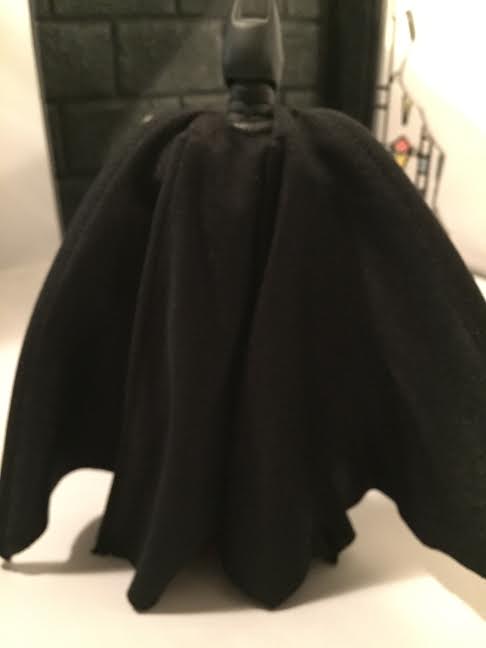 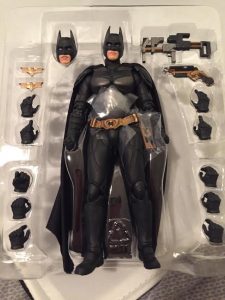 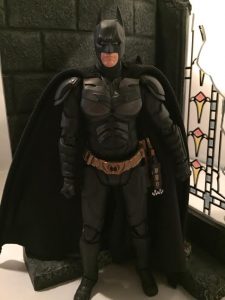 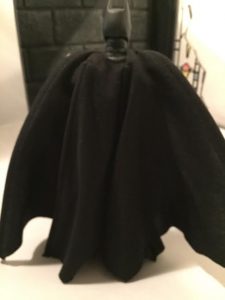 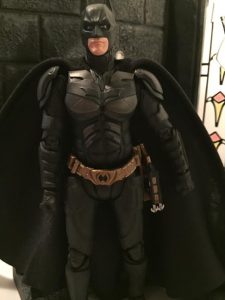 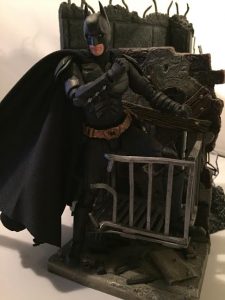 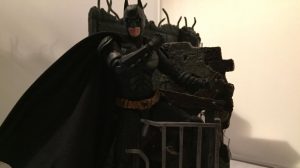 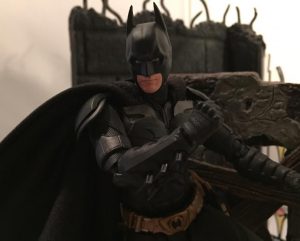