Darksiders II Takes You To Hell and Back 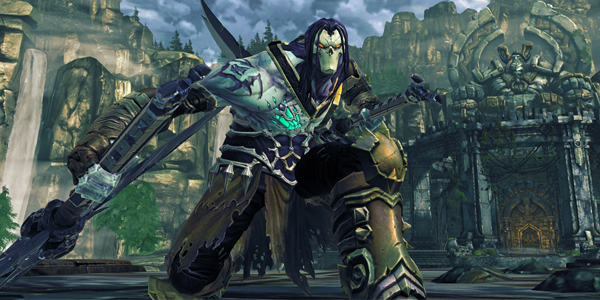 Vigil Games has delivered Darksiders II, a sequel that builds on the franchise’s mythology while expanding on the scope and playability of its predecessor.  With publisher THQ suffering from recent financial woes that prompted studio closures and layoffs, is this game the hit they need?

Darksiders’ stoic protagonist, War, has been replaced here with Death, another of the Four Horsemen of the Apocalypse.  Taking place during the events of the first game, but across different realms, War has been wrongfully accused of prematurely bringing about Armageddon and Death sets out to clear his brother’s name.  The shift to a new horseman works in the game’s favor as it allowed Vigil to craft a fresh experience around a character that moves and acts uniquely from the hero of the previous title.  Death is more slimmed-down and lighter on his feet and, admittedly, looks pretty badass despite being able to pass for a touring member of Slipknot. 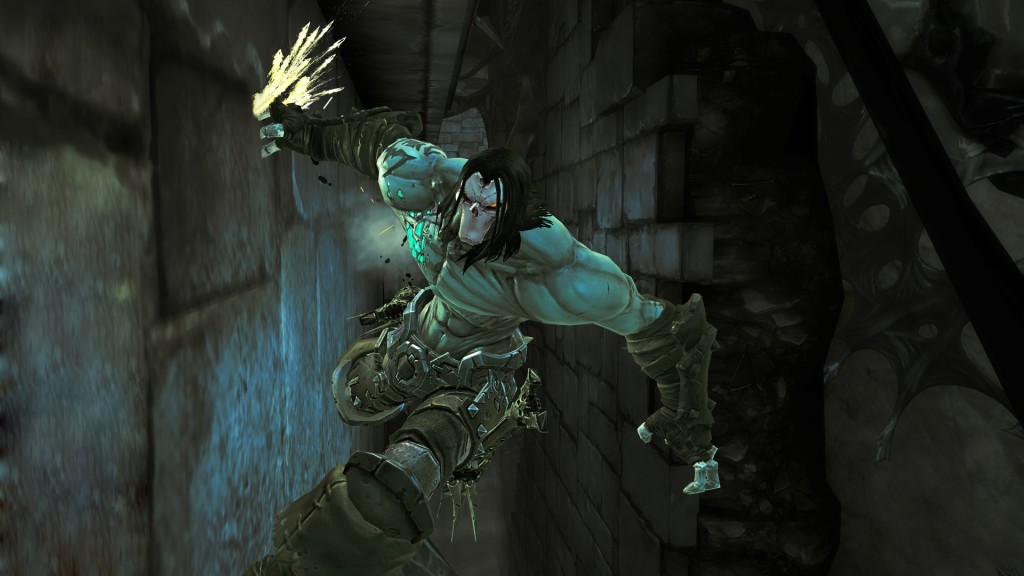 Controls are largely familiar after many hours spent with the first Darksiders – Death can jump, block, dodge, and deliver both quick weak attacks and lumbering but extremely powerful heavy attacks.  Magical and special attacks can be custom-assigned via an in-game menu and pulled off by holding a shoulder and face button simultaneously.  Thanks no an overhauled level and loot system, the combat system has been drastically improved in Darksiders II.  A rather extensive menu can be cycled through to reveal maps, your inventory, game stats, and perks you can unlock by leveling up your character.  You can choose to put all your points into building a more magic-themed warrior, one that specializes more in physical attacks, or a healthy mix of both.  All the obtainable perks can be viewed right off the bat and navigating them is a snap. I especially love how the loot is handled in this game – upon Death approaching any item that a fallen enemy has left behind, you can instantly see if that item is an improvement to what you currently have equipped. Finding a pair boots, it will clearly tell you if their defense rating is batter than the boots you are already wearing.  If so, holding one button will instantly equip them and, if not, you can still choose to tuck them into your inventory to sell or try out at a different time.  It’s a mechanic that really streamlines the gameplay and keeps you from getting locked into endless inventory menus as you compare and update your apparel like you would in say, Kingdoms of Amalur. 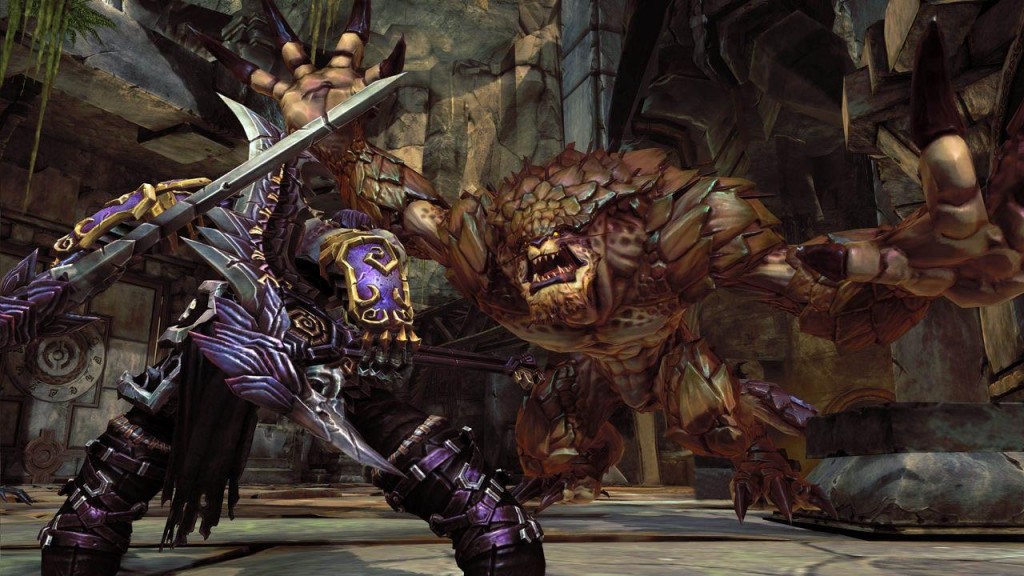 As satisfying as it is to carve through reanimated skeletons with a pair of scythes, it feels like you spend most of your time platforming.  Approaching a wall at an angle will cause you to run up and across it (provided there is a ledge on the other side).  Similarly you have traverse vertical structures by leaping from wall to wall or shimmying up large pillars.  You’ll become familiar with these mechanics in the first thirty minutes of the game but they unfortunately get repeated ad nauseum as the adventure plods forward. Ultimately, this repetition is what drags down the whole experience.  While the art direction is great and the score is top-notch, Darksiders II’s thrilling moments are too few and far between, sparsely located between what feels like endless amounts of exploration and platform jumping, typically while tasked with locating three items in order to move forward to the next mission where you find three items…which in turn unlocks three missions that all have you tracking down three more items.  It’s a sometimes grueling set up that will take a solid amount of time to get through and, while there is some genuinely great content here, there are some serious pacing and variety issues that hold it back from greatness.  The completionist in you will make you want to force yourself through the umpteenth dungeon on yet another collection quest if only to get that coveted item or scoop up more loot to sell, but the occasional monotony can make your play sessions feel longer than they really are. 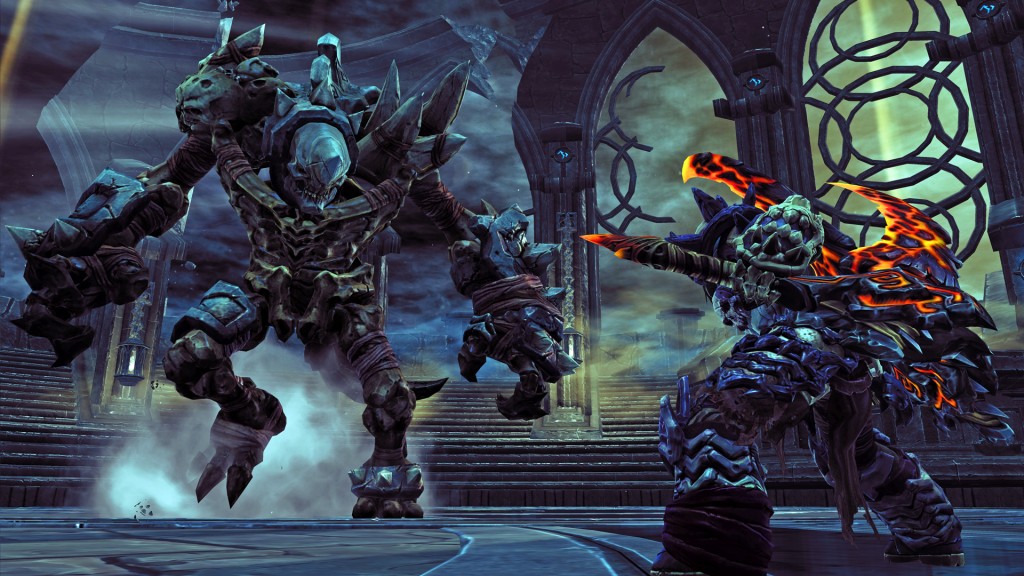 For gamers who have a bit of time to sink in and enjoy a slower paced titled with beautiful environments to immerse themselves in and perfectly implemented PRG elements, Darksiders II may be the perfect game to wrap up your summer.  Time will tell if Vigil has any plans to continue the franchise with either of the two remaining horsemen, Fury and Strife.