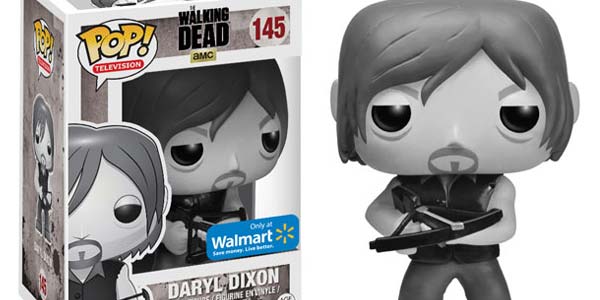 What’s black and white and Walking Dead all over?  Wal-Mart, apparently.

Funko has just revealed a Wal-Mart exclusive variant of the Pop! vinyl Daryl Dixon, which sees the AMC TV show hero in a simplified, black and white deco.  And once again, Funko is proving themselves to be among the best companies at keeping their exclusives a surprise, because this guy is already starting to ship to stores nationwide!

Of course, since this is Wal-Mart we’re dealing with, half of the Walking Dead pallets– containing Daryl and other Pop! figures– will likely remain collecting in a stock room rather than going on display in the electronics department where they should be.  But if you’re into Pop! figures, I wish you the best of luck that your Wal-Mart will be one of the stores not managed by dummies.

Even if that description DOES apply to your local store, Funko is running a contest to give away one of these exclusive Daryl’s… you can check them out on Facebook, Twitter or Instagram for more details. 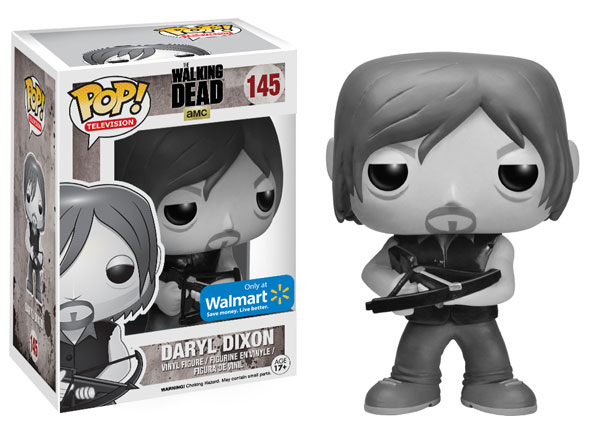