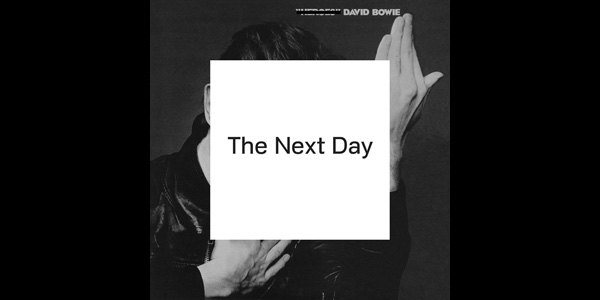 It’s not every day that we run music reviews, but then again, it’s not every day David Bowie returns from a decade-long retirement, either.  But the Thin White Duke is back, and his new album “The Next Day” is already a strong contender for album of the year.

Few artists have managed to stay at the top of their game as long as Bowie, and when he quietly retired shortly after the release of 2003’s “Reality,” he seemed like an artist who would stay quietly retired.  Which is why when he announced “The Next day” on his birthday in January, the whole world was taken by surprise.  I don’t think any Bowie fans thought this would be a lazy, cash grab comeback, but I can honestly say I did not expect “The Next Day” to stand shoulder to shoulder with the best of the rock icon’s legendary musical output.

But it does indeed– from the opening title track, the new Bowie is cemented in his own signature dance-pop-rock style, but married with his aged yet dignified vocals to feel like something new.  Things only get better as the album progresses, as Bowie continuously merges an energetic pop we haven’t heard from his in decades with lyrics that keenly observe and comment on his own modern life as a (formerly) retired rocker.

After the soft and melodical “Where Are We Now” (which provided Bowie’s first video from the album), I was surprised to see the elder statesman of glam get hard and loud on aggressive tracks like “Love Is Lost,” whose jagged post-punk guitars drive an unexpected fury. Other songs like “Valentine’s Day” and “I’d Rather Be High” feel like cuts that could have been pulled from an alternate universe follow up to ‘Scary Monsters’ over 30 years ago, and every song flows brilliantly into a cohesive whole.

There is not a skippable track on “The Next Day,” and while the standout songs are instant sing-along anthems, they work even better within the flow of the album from start to finish.  This feels like an almost autobiography of not only Bowie’s last ten years, but his entire musical career.  Overt call-backs to the Ziggy Stardust era are all over “You Feel So Lonely You Could Die,” and over the span of the 60 minute record, we hear a fusion of virtually every style in which the chameleon rocker has experimented, from funk to electronica, new wave pop to soulful grooves, and even straight-up psychedelica like we haven’t heard from Bowie since the 60s.

Six months ago, none of us even imagined a comeback for David Bowie. Having listened to the album several times through, not only is it still an incredible thrill to realize he’s back (and sticking around for a while– there are over a dozen more songs he recorded, which he hints may appear on his next album!), but the fact that his latest work is this good, this strong and this relevant makes the comeback even better.  “The Next Day” is modern Bowie at his art rock finest– it’s highly personal and wonderfully referential, yet completely accessible and endlessly listenable, from start to finish.