Days Of Future Past Brings Back More Mutants 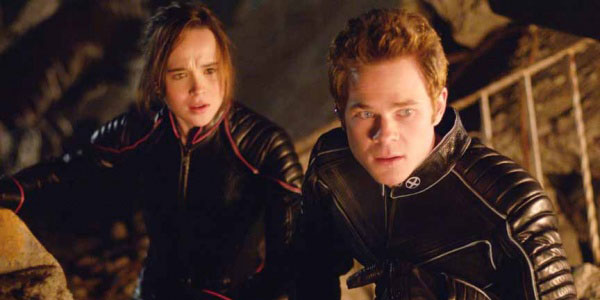 Despite being an adaptation of a celebrated comic book story, it feels like Days Of Future Past is still a total mystery.  The movie promises to bridge the gap between the original three X-Men movies and the vastly superior First Class, with a merging of both casts into the time-jumping new film.  Now, director Bryan Singer has confirmed three more actors will be coming back for the new movie– Anna Paquin (Rogue), Ellen Page (Kitty Pryde) and Shawn Ashmore (Iceman).

I’m always on board for more Ellen Page, and we may see a lot of her if the movie stays faithful to the Kitty-heavy source material. And Shawn Ashmore was pretty damn great in X-2… but the one that has my interest piqued is the return of Rogue.

If you’ll recall, the wretched X-Men 3 left the life force-absorbing mutant de-powered permanently.  I’m curious if her reappearance in Days of Future Past is our first clue that this movie will, as many have speculated, start retconning the nearly countless of mistakes Fox took with this franchise, in an effort to reboot the series into something as worthwhile as First Class?

All three of these actors turned in strong performances in the past, so it’s probably good news, whether they’re key to the plot or just cameos.  Truth be told, I’d still be way more excited if we found out James Marsden and Famke Janssen were coming back as Scott and Jean– killing them off, and the way they did was the worst thing Fox did to this franchise, and it’s the most important thing they need to fix.