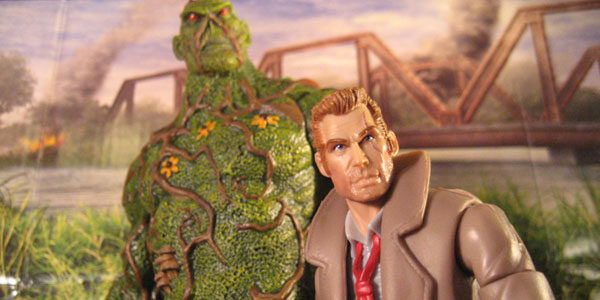 Mattel once again flirts with the Vertigo universe, and conjures up a pretty rad John Constantine.

John Constantine is a an awesome character, among the best of the DCU/ Vertigo crossover characters, but as a relatively normal-looking guy– who happens to clash with demons for a living– he’s not the most toy-friendly.  As such, seeing him released in Mattel’s Club Infinite Earths seems like the perfect avenue, and one that takes full advantage of the freedom this direct-to-consumer offers.  Constantine is one of two DC figures released in November, and the cleverness of his inclusion, along with the coolness of the character, make up for any shortcomings he may come with. 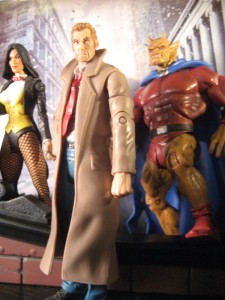 We’ve seen a few “guy in suit” figures through the run of DC Universe Classics, so it comes as little surprise that the Hellblazer borrows a good number of parts, but a recolored Question jacket works perfectly for Constantine’s iconic look, from the popped collar to the frumpy back of the coat.  Never one for high fashion, Constantine does get treated to some new parts that prove the designers were paying attention, like his wrinkled shirt and off-center red tie.  The new colors and new tooling of the torso make Constantine look quite unique among his fellow suited characters, although it was an odd choice to give him superhero-sized hands, which are quite large for his more realistic proportions.

Constantine gets a new portrait that’s okay– from certain angles he looks great, grim and determined, but looking dead-on John’s head seems too elongated, and slightly cartoony.  Overall, it’s not one of the Horsemen’s best faces, but far from the worst.  The scruffy beard is well textured and realistic, as is the (very pronounced) scar running across Constantine’s left eye. 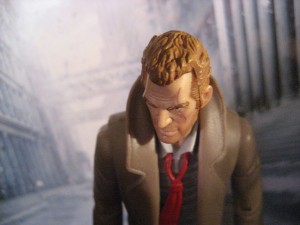 I’m big into Vertigo, and as such I’ll take anyone from that universe Mattel wants to throw at me.  I think it’s smart they’re starting with crossover characters like Swamp Thing and Constantine, and assembling them with other supernatural DC heroes like Etrigan, Zatanna and the upcoming Phantom Stranger is making for a very cool occult heroes wing of the DC Universe collection.

Check back tomorrow for a look at Uncle Sam, the second figure in Mattel’s November offering for Club Infinite Earths! 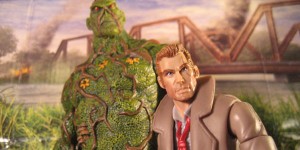 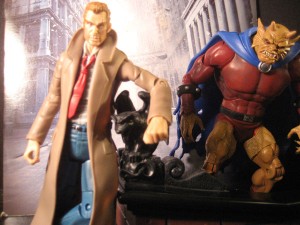 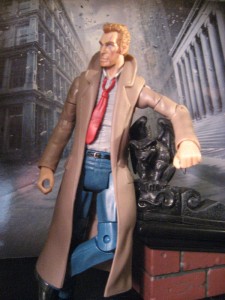 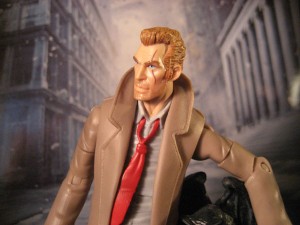 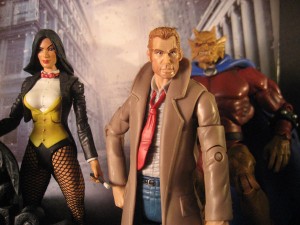 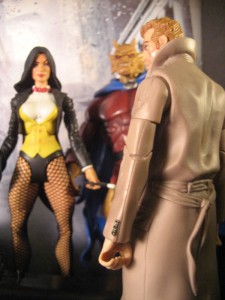 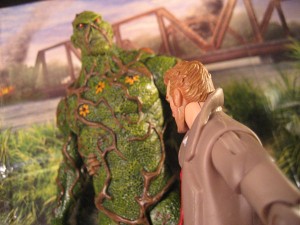 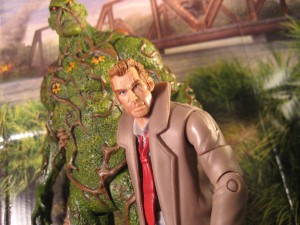 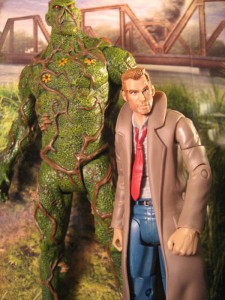