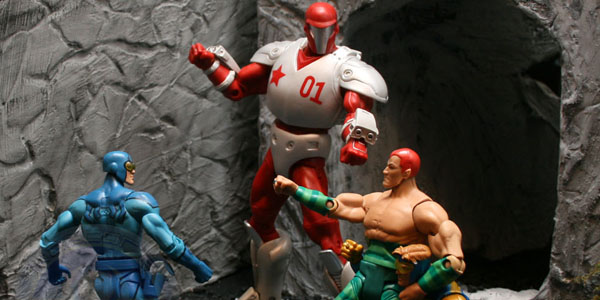 As the fate of the 2013 subscription is completely up in the air, Mattel’s July installment of DC Universe Club Infinite Earths have been released, including our first deluxe figure– Rocket Red.

The metallic crimson warrior has been a controversial addition to Mattel’s DC Universe since he was first revealed, as Mattel and the Four Horsemen opted for a composite version of the character rather than assigning him to any one of his multiple looks in the comics.  Composites aren’t always a bad idea, and the Horsemen have pulled many off in the past with their work both in the DC Universe and Marvel Legends, but Rocket Red is absolutely not a prime example.

It’s pretty obvious Red’s look wasn’t determined based on trying to please many fans at once, but had way more to do with reusing as much existent tooling as possible. With Atom Smasher as the base buck, this Rocket Red is big. Way big. I’m not the biggest scale nazi out there, but much like Lobo and Swamp Thing, the extra height really makes Red look off when standing with the likes of Booster Gold or Blue Beetle. On top of that, the armored hero has some conspicuous veins sculpted onto his biceps, a carryover from Atom Smasher, whose inclusion make the figure look glaringly lazy and poorly planned.  The new lower legs sport some nice robotic looking boots, and are quite nice, matching the new gauntlets and chest armor overlay nicely. However the new shins add height to the legs, leaving Red’s arms way too short in proportion. 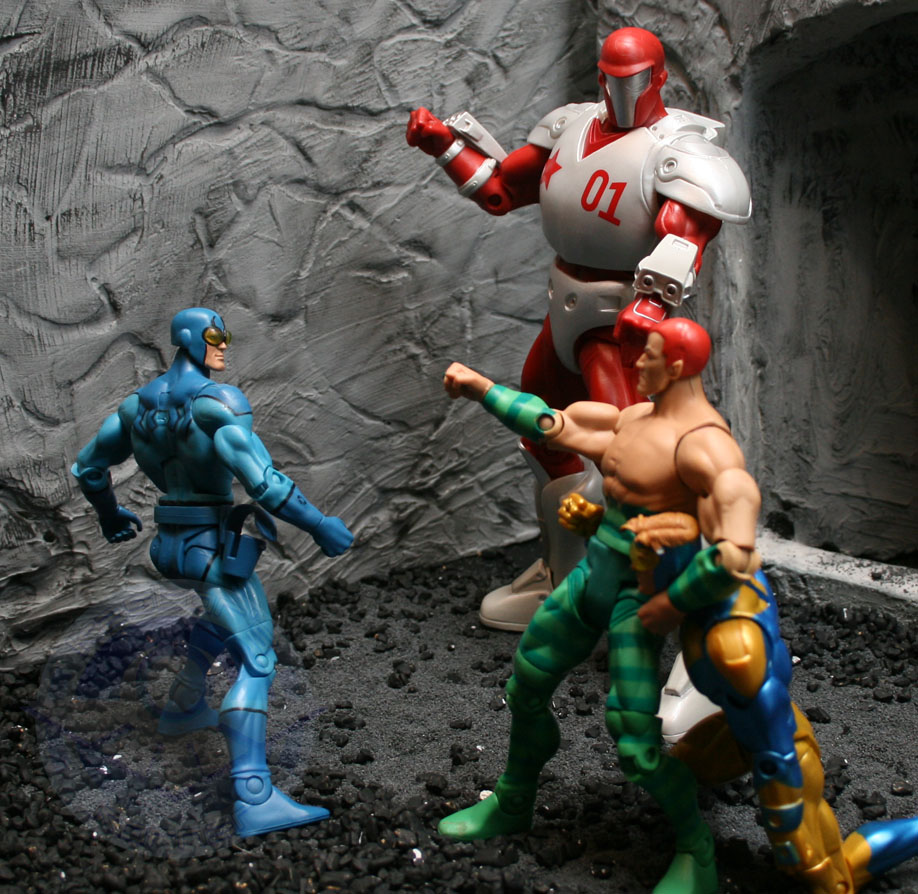 Rocket Red is a mess, and it’s really a shame that this cool character was mishandled so severely. Unlike many collectors, I liked the made-up design of the figure, but even as someone not upset by the lack of accuracy to the source material, the height and weird proportions of the final figure just make him look weird.

Mattel’s 2013 subscriptions are struggling right now, and whether they actually get made at all is yet to be seen. I can’t help but think that having offerings as mediocre as Starman and Rocket Red fresh on the minds of collectors must be causing some of them to hesitate pulling the trigger to renew for next year. If a great figure like Jay Garrick was our most recent experience with Mattel’s DC Universe, I know my choice on the 2013 Infinite Earths sub would have been made much faster. 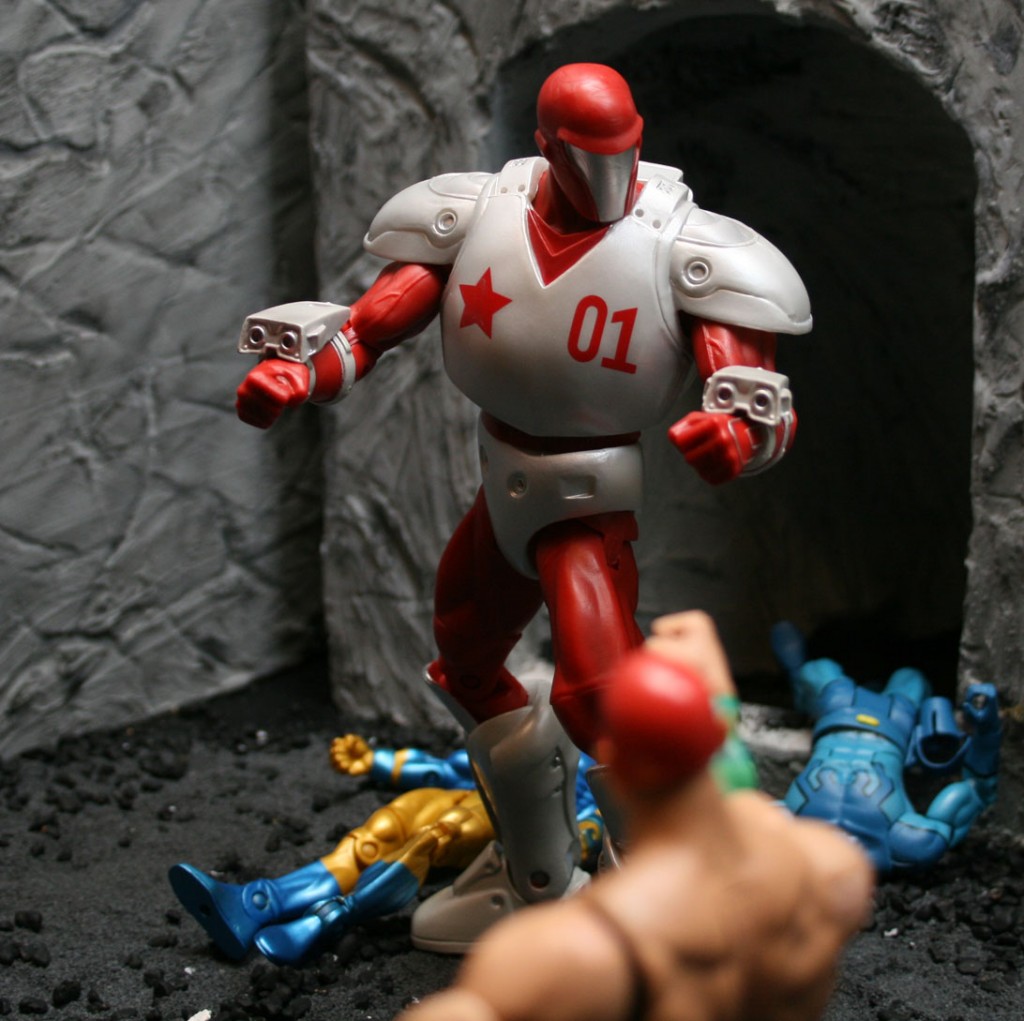 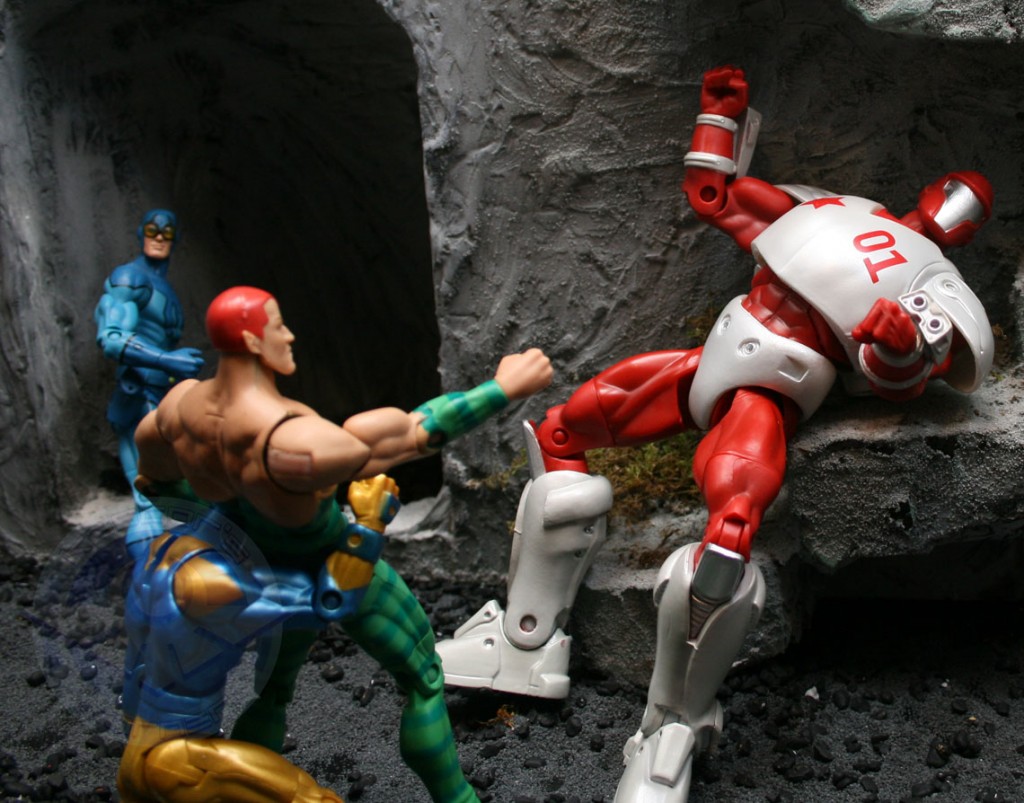