DC Collectibles Serves Us Another Black and White Masterpiece 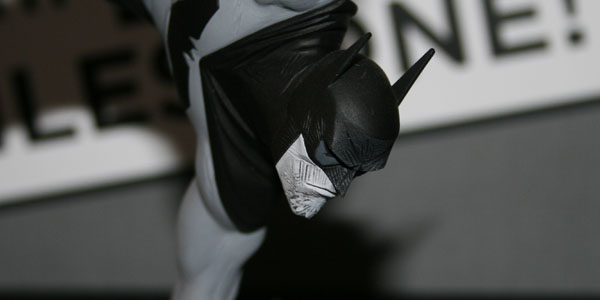 There are few lines in collectible these days that have legs and can out last the chopping block. The line of statues from DC Collectibles based on Black and White versions of Batman is one of those lines.

DC Collectibles has had many successful lines during their years in the business. One of those many successes is the Batman: Black and White statue line. First and foremost it is utterly impossible to put into words the beauty and prestige of these statues. The very 1st statue that was produced was the Batman Black and White inspired by Eduardo Risso’s art work and now fifty (yes, FIFTY) statues later we have this fantastic piece designed by fan-favorite Sean Murphy and sculpted by Jonathan Matthews.

These statues have a look and feel of uniqueness even though they are all Batman related. Since the lines conception we have had just about every incarnation of Batman and some of his rogues. This line shows no signs of slowing down with more versions of Batman to come as it has been said in a few interviews that this line is slated to continue into 2015. It has also been whispered that the limited edition numbering of these statues will return in 2014.

When you grab this box you are automatically drawn in by the artist rough sketching on the side. Upon opening the box you will see Batman secured in his Styrofoam inner box and wrapped in a plastic baggie to protect this delicate piece of art. Some of the earlier statues had the base detached and needed to be assembled, but this one is no assembly required.

The attention to detail that was put into this piece is stunning. Though the Dark Knight is in statue form, the sculpting makes it feel as though he is in fact jumping into action. Murphy loves to draw a more rugged Batman, so the added scruff to Batman’s face was a nice touch. The effect of the knight stick and Bat-line in midair is just a few of the many details that makes this statue fly! The statue stands 8.75” from base to the tip of the cape and retails for $79.95 at your local comic shop.

As you can see this statue is a must have in you collection and fits well with the rest of the series. Ask your local comic shop to order one for you since this is a milestone statue they may not be around much longer. 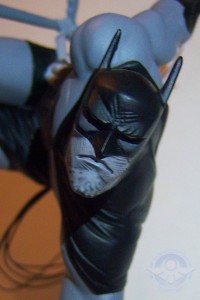 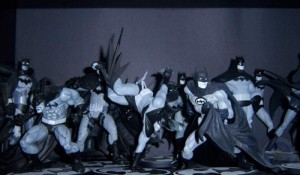 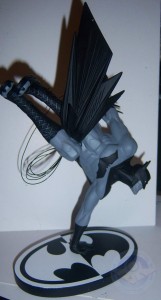 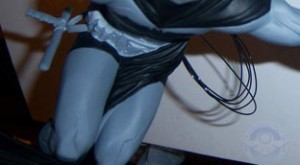 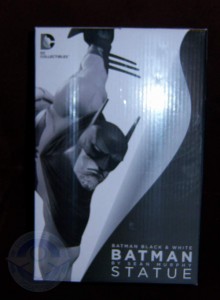