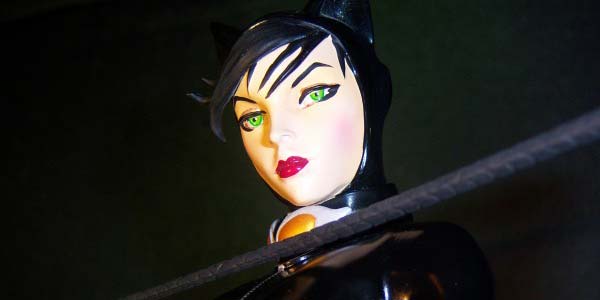 Okay I know that was a bad pun but it totally had to be said. This is Selena Kyle in her restyled Catwoman suit we all have learned to be the norm in her comics, pre-Convergence.

Selena is decked out head to toe in all black with her suit zipped up, which is different from most of the items we get pertaining to Catwoman. The big surprise of this statue was the goggles– they are not completely sculpted on which lets them have some minor movement (though don’t try to pull them over her head, as that will break them). She is posed holding her whip in a playful manner, as if she were talking to Batman.

The statue stands at 6.25″ from head to base, which is a nice dark grey and features the cat emblem. This Jim Lee inspired design was sculpted by Joe Menna, and everything was captured with amazing detail. The green on Selina’s eyes alone will have you mesmerized.

DC Collectibles continues to hit the mark with these busts and statues. JQ gives this work of art a 8.5/10. 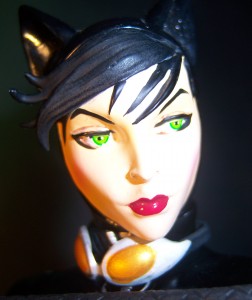 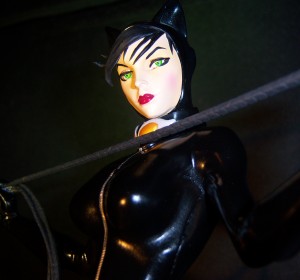 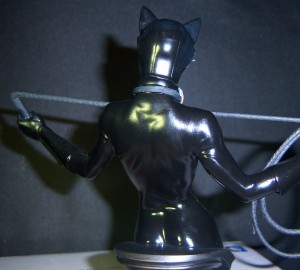 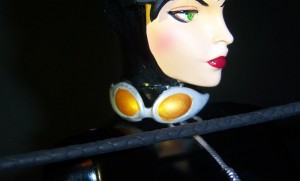 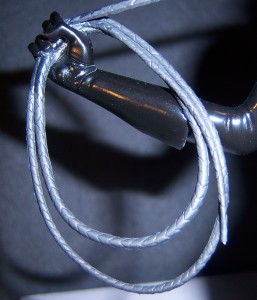 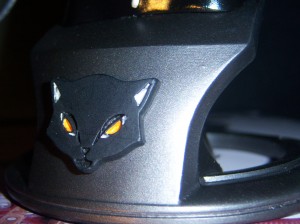 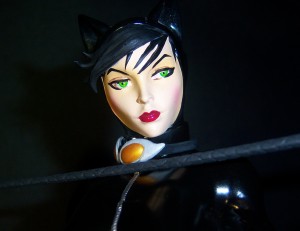 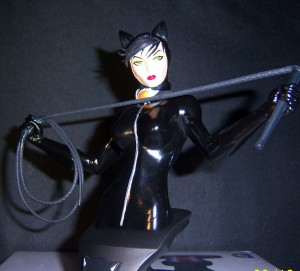 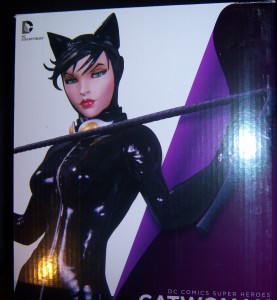