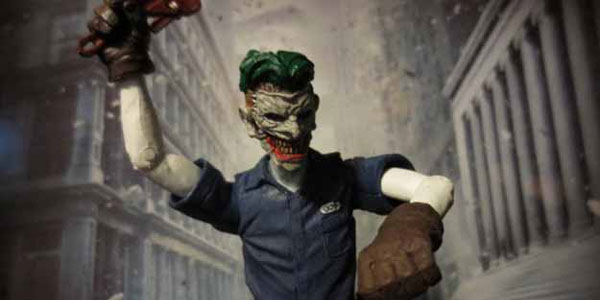 I was a big fan of Scott Snyder’s “Death of the Family” arc in DC’s Batman books, and the main appeal was his startling new take on The Joker, which harkened back to the cold blooded, virtually inhuman villain of Alan Moore’s The Killing Joke.  The macabre new Joker– with his face cut off and crudely re-attached like a mask– isn’t the most retail friendly design, so I’m glad DC Collectibles opted to release him in their New 52 figure line. 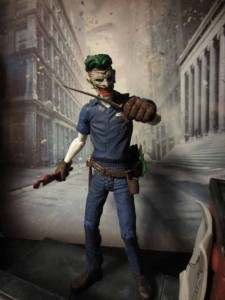 The figure perfectly captures the latest look of Batman’s arch nemesis, from his wiry frame to his oversized gloves and work boots… and, of course, that horrible face mask.  The all new sculpt is loaded with detail that makes the Joker appear as if he just stepped off the panel from one of the comics, and he’s fully articulated with a ball neck, swivel waist, ball shoulders and wrists, swivel biceps and ankles, hinged elbows and knees and cut hips.  All this articulation means you can get some great posing options for the psychopath, who’s in a nice scale to menace both DC Collectibles’ and Mattel’s DC Universe figures.

The sculpting here really is top notch, especially the appropriately rotten, leathery look of the face.  But even the folds of Joker’s baggy jumpsuit are remarkably realistic, making this one of the best looking Joker toys I’ve ever seen.  Adding to the quality are his accessories– Joker comes packing four tools which obviously double as deadly weapons in his hands.  He can hold the wrench, the saw, the pliers or the hammer quite well, even with his enlarged gloved hands, and most of the gear can also store in the pouches and slings on his workbelt.

Like many New 52 designs, the current look of the Joker is very controversial among fans.  I really dug the storyline in which he appeared, and it got me past the extreme new look for the villain, so when I saw this figure I knew I’d bite.  I’d imagine any fans of Snyder’s work will feel the same, because quite honestly it’s tough to find anything not to love with this great figure. 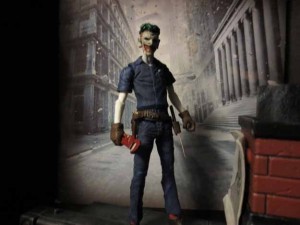 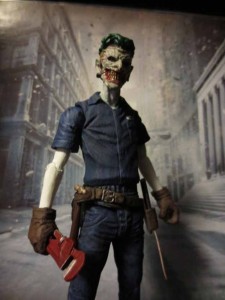 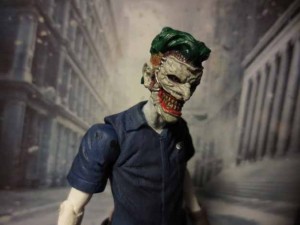 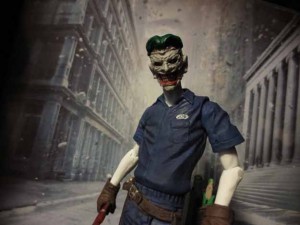 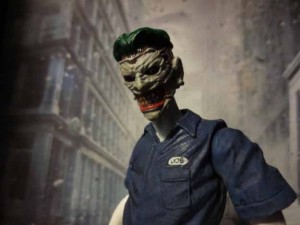 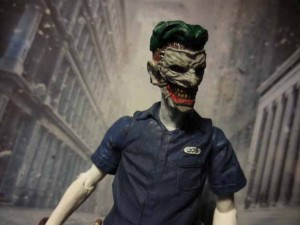 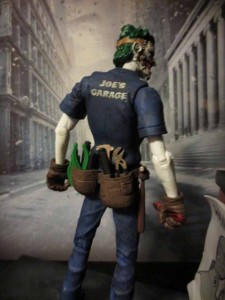 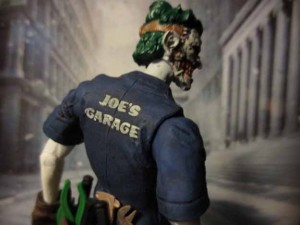 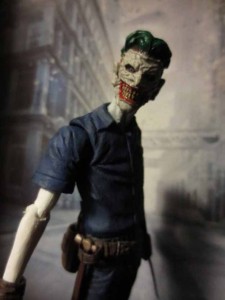 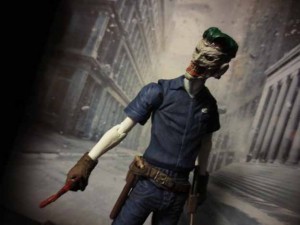 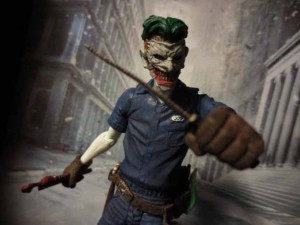 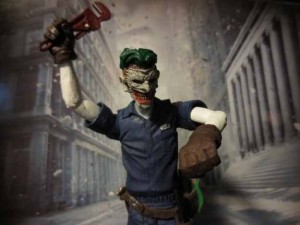 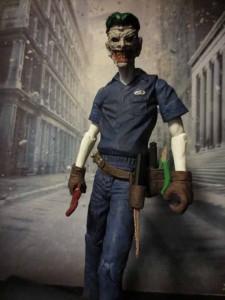 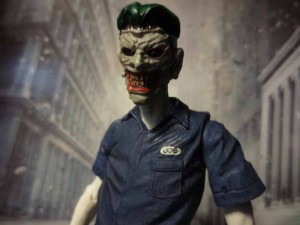 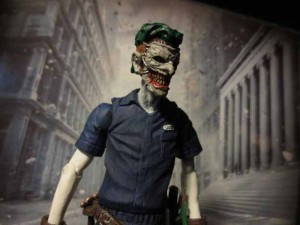 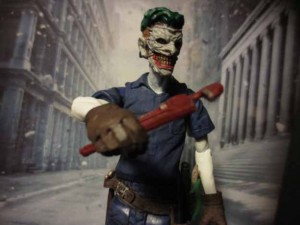 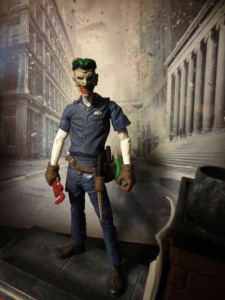 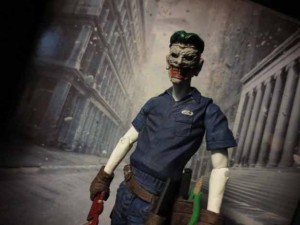 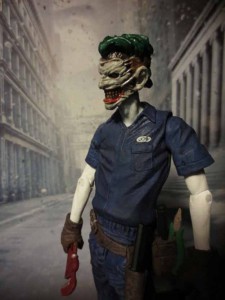