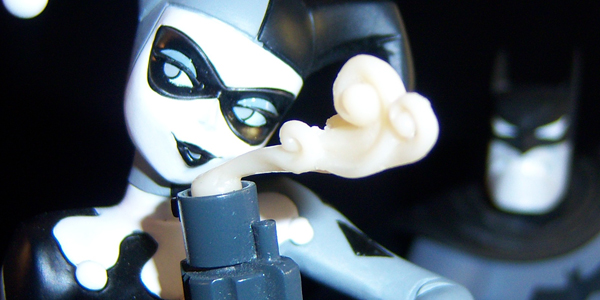 The Batman: Black and White line has always been fun to collect, and when you mix in the villains it just adds to the overall fun of the line. So how does Harley Quinn stack up next to the Bat?

What more can be said about this line of statues then flawless. The Black and White series has been home run after home run for DC Collectibles. The newest addition to the family is Harley Quinn, in her look from Batman: The Animated Series designed by Bruce Timm and sculpted by Jonathan Mathews.

This figure comes with an added effect that has not been on any of the past statues. The gun smoke on the barrel is removable and also forgettable if you do not unbox it carefully. This part does make for a choking hazard (not that you will give this to a child to play with) but if it should fall beware as it is a small part. Harley is a limited run of 5200. Harley Quinn is one of the few “Rouges” that have gotten the Black and White treatment and is the second statue that features Bruce Timm’s artwork. Only Neal Adams has multiple statues done in his art style.

Harley Quinn retails at $79.95 and can be found at your local comic shop or by clicking our Amazon banner on the page. Harley Quinn is a masterpiece that needs to be to be added to any Batman or Bruce Timm fan’s shelf! 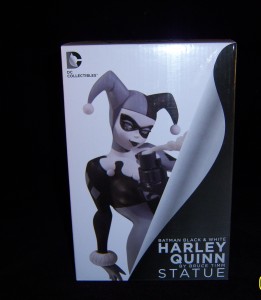 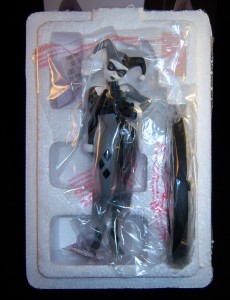 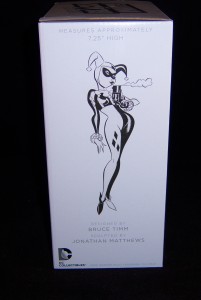 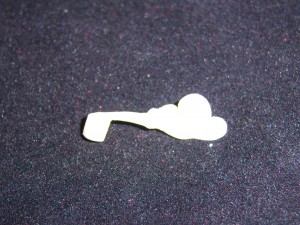 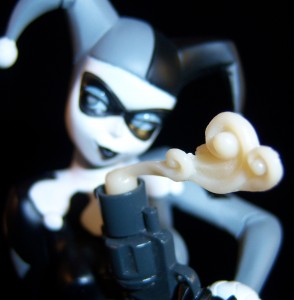 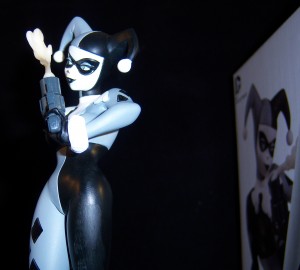 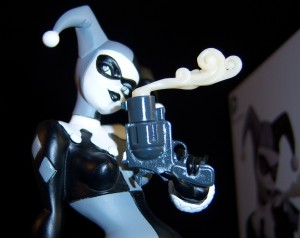 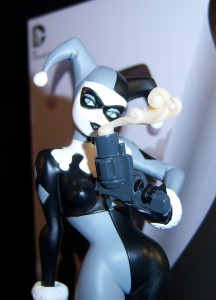 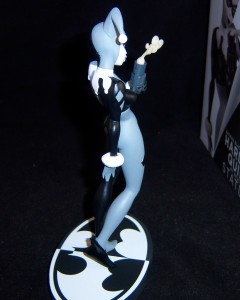 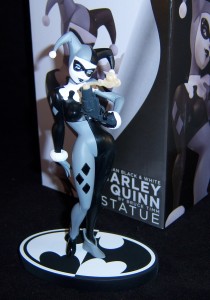 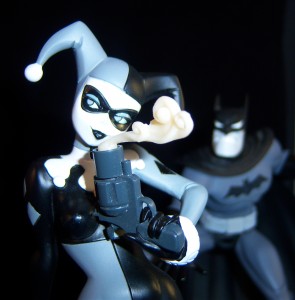 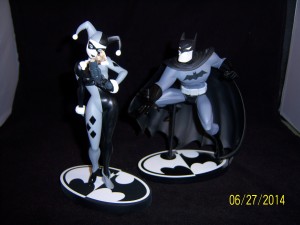