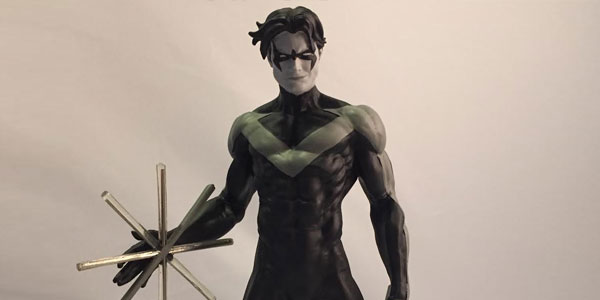 Jim Lee has designed many of this statue series’ most popular pieces, but his rendition of Nightwing may be the greatest non-Batman in the whole collection.

Like most others in the series, this statue stands at 7.45″ tall from base to top of his head. We get Nightwing in his most popular suit, standing proudly as Grayson is known to do. The patented Dick Grayson smirk is prominent along with his bangs parted to each side of the domino mask. The statue is simple and there is nothing wrong with that as it works PERFECTLY! The paint application is beautiful and there are no signs of rub, smudging, or over spray.

The best part of this statue is the spinning escrima stick. It was sculpted to perfection from Jim Lee’s concept drawing, and demands attention. Kudos to the sculptor Majid Esmeili for capturing the concept and making it a reality. 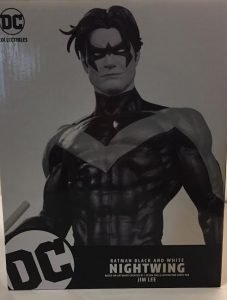 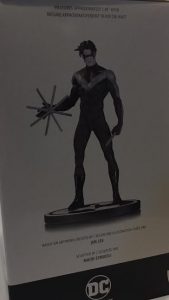 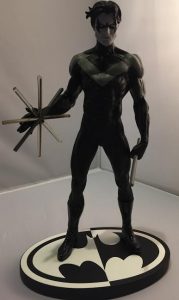 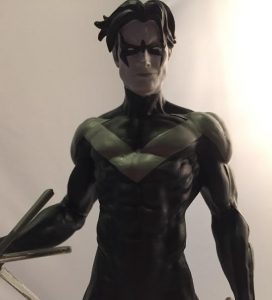 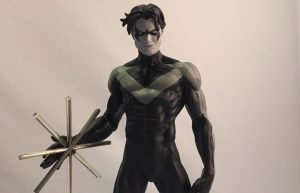 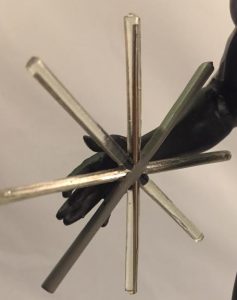 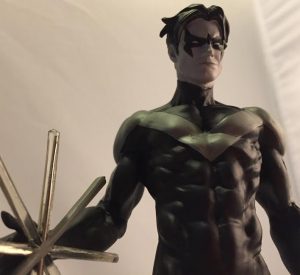 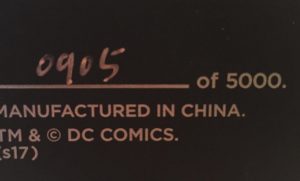