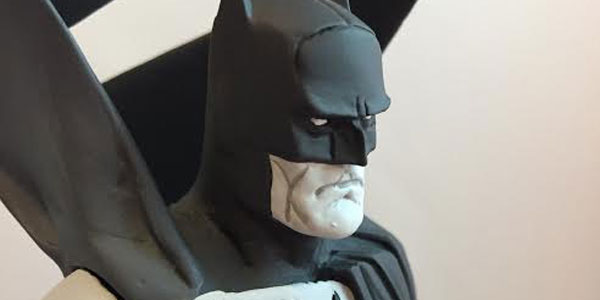 DC Collectibles shows off the newest addition to the Batman: Black and White statue family with Rafael Albuquerque’s rendition of Gotham’s Dark Knight. 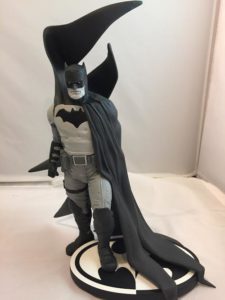 Standingat almost 9.5″ this statue is pretty tall. Albuquerque went very dynamic with the cape design and master sculptor Jonathan Matthews followed the design to perfection. Although the suit may not be my favorite look, you cannot deny that the cape is the selling point of this statue.

Batman has one foot on the base and one foot just off it to give him a stepping up pose. The way the cape was designed makes it look like a very windy or stormy night in Gotham, and the detail of the cape draping off the sides of the base impressed the heck outta me. If I could rate the cape alone this design would get a 10/10.

The paint application is spot on as well and the battle damage to the chest plate was a very nice attention to detail by Matthews. The paint on the face gives Batman a much older, more seasoned look.  Again my biggest gripe is with the overall look of the Batsuit.

Collectors of this line will notice the change on the box art. Gone is the DC peel back look and now we have the DC logo that is shown on all the Rebirth Titles. The change on the box only affects the front, as the sides still show the designer’s sketch work and the back still shows up and coming releases.

JQ gives this statues a total rating of 6.5/10, but still stand on my comment that the cape on its own deserves a 10. The Batsuit just didn’t do it for me, but the sculpting and paint were on point, and that is the important part. 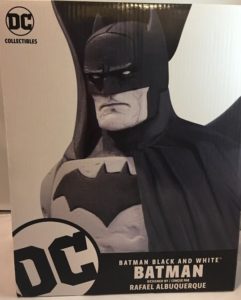 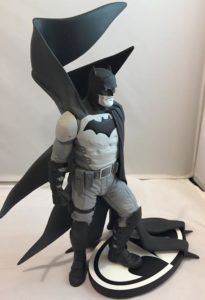 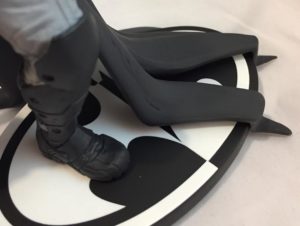 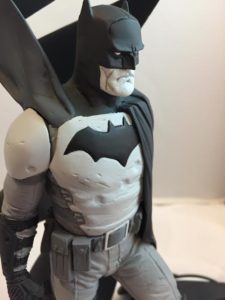 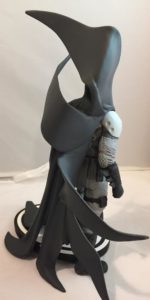 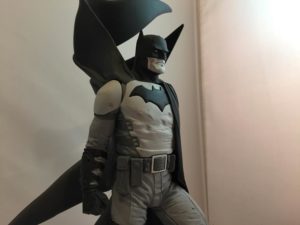