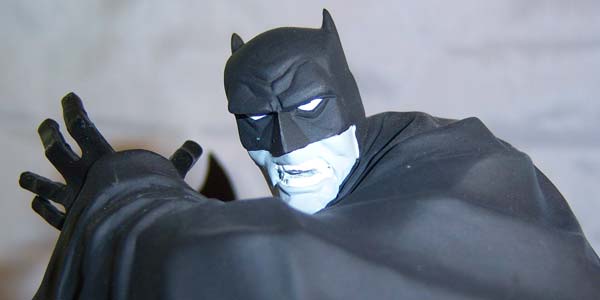 There is an old saying you can’t get too much of a good thing. Well, in the case of DC Collectibles’ Batman: Black & White Series they are correct, because I WANT MORE!!

The statue line continues with our Caped Crusader designed by artist Dave Johnson. He has been in the industry for some time, and is mostly known for his work on Superman: Red Son, 100 Bullets, and Deadpool. This statue has some definite hints of the Red Son version of Batman.

The sculpt has Batman posed ready to toss his batarang, with his cape swooped around his body. Notice the ripples on the cape and how they simulate the movement prior to a toss. You can almost hear the battle cry (in your best Batman voice of choice) as you look at the head of the statue.

The paint application on this piece was great, with no blotches, mess, or overlap. At 6.25″ tall, this fits in fine with the others in the collection. Sculptor Mat Brouillard did a knock out job bringing Johnson’s art into 3D form, especially the detail on that utility belt and the pouches. 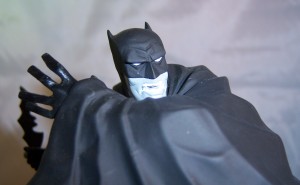 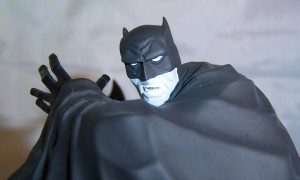 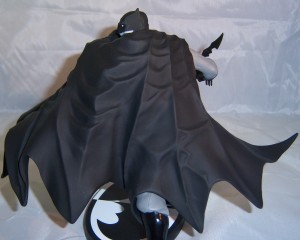 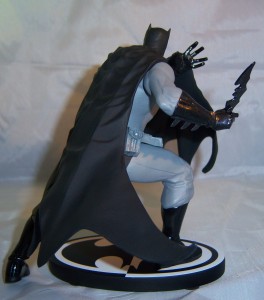 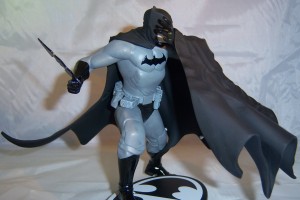 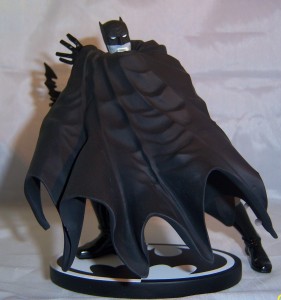 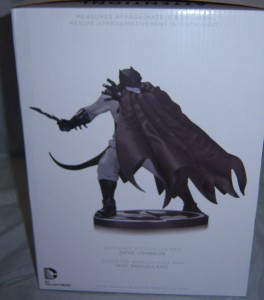 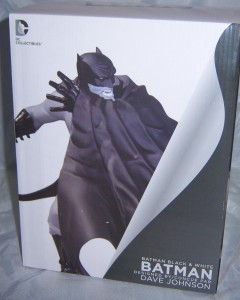