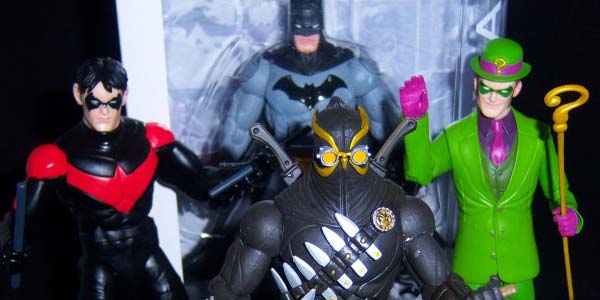 DC Collectibles’ latest series comes out of the gate sprinting, with great figures based on the work of Greg Capullo.

DC Collectibles has been on FIRE as of late with their offerings to the toy world. This newest series titled DC Comics Designer Series showcases the work of Greg Capullo into the action figure medium.  Capullo is the current artist on the Batman titles and has done an amazing job. Series 1 of this line celebrating his style includes Batman, Talon, The Riddler, and Nightwing.

The packaging of this line is beautiful, almost museum quality, making it hard to even want to open them. Each figure comes with a small accessory or two that could present a choking hazard to small children, so parents– please buy with caution. All the figures (except Riddler) feature the new torso articulation, and while there have been reports of some quality control issues with the Batman figure, the one I have seems to be perfect.

An issue that DCC figures have had as of late is this weird smell that comes off them once they’re out of their packaging. I have no idea how to even explain the odor.  It’s pretty potent at first… but it will dissipate in a few hours.

Here is a break down of each figure in this set:

Batman– is styled in his New 52 suit as seen in Capullo’s drawings. He is packed with three Batarangs that can be placed in the left hand as if he’s about to toss them. The paint, sculpt, and poseability is amazing and this is a MUST have for any Batman fan. 8.5/10

Talon– is not based off of the title character that has his own book in the New 52. This was the primary look of the Talon that Batman fought in the Night of the Owls story arc. He is packed with two removable swords on his back, six knives that can be removed on his bandolier, two knives that can be placed in his hands and a Court of Owls mask. This figure is my favorite out of the set and seems to fit in the ranks of your DCUC if you want to add him to your Rogues shelf. 9.5/10

The Riddler– at first I was meh… but after opening him, I feel in love with this figure and was floored by the detail and the emotion you can portray via the articulation. Riddler comes packed with his classic question mark cane. Even his shoes scream bad ass!! 9/10

Nightwing– styled in his New 52 red stripe suit, Dick Grayson comes packed with his twin escrima sticks. This figure has a beautiful look but was missing a few things. He did not come with a place to put the sticks on his back like previous toy versions… and I fell his head was sculpted a tad too small for his body. But all my gripes are made moot thanks to the articulation and the way the neck joint adds a certain attitude with every pose. 8/10.

This series hits on all points. The price at your comic shop will run you the normal $24.95 per figure (between $21.99-$28.99 on Amazon– Click Here to purchase yours), and in my opinion WORTH EVERY PENNY! If you are a Batman fan or a Greg Capullo fan these need to be in your collection. 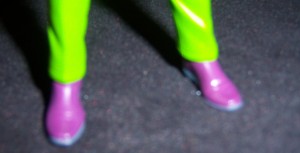 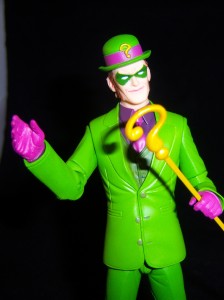 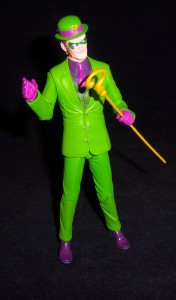 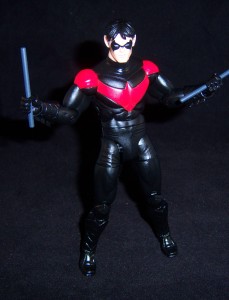 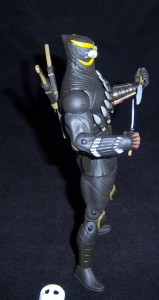 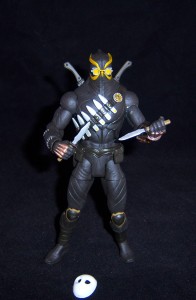 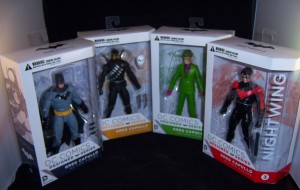 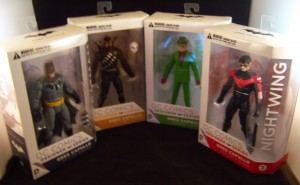 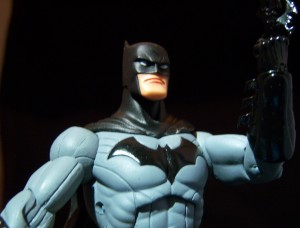 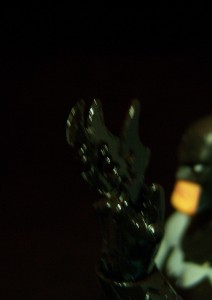 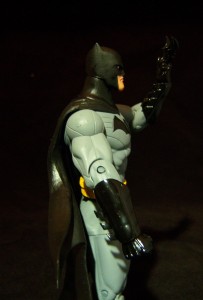 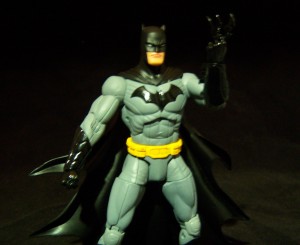 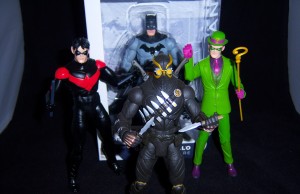