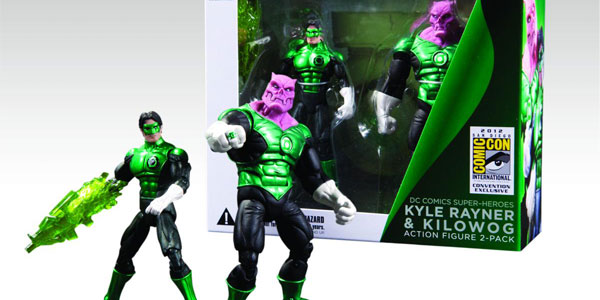 DC Collectibles revealed their SDCC exclusive Green Lantern two-pack, featuring the debut of the 3.75″ DC Universe, and the promise of more figures to be shown at Comic Con.

DC Collectibles (nee, Direct) has unveiled their new toy line, which makes its premiere at Comic Con next week, and from what they’ve shown so far, I’m pretty impressed. Long dedicated to the 6″ scale Direct format, DC Collectibles is launching a new 3 3/4″ line, with Green Lanterns Kyle Rayner and Kilowog leading the way in a SDCC exclusive two-pack.

Based on the first photo, these figures seem to be the best sculpted, and most articulated DC figures ever made in this scale, with an articulation pattern not dissimilar from Hasbro’s excellent Marvel Universe figures, and I couldn’t be more excited.

It gets tough to keep up with toy collecting, and not just for money reasons– as collections amass, space becomes a major factor as well.  I can’t think of a single collector friend of mine who hasn’t been tempted to make the jump to 3.75″ scale only, if only for the sake of taking up less room.  When the smaller scale figures look better than the larger sized toys, it certainly makes the idea even more tempting, and these two Lanterns look way better than any other scale versions of the characters I’ve seen.

The two pack will be available at the Graphitti Designs booth at Comic Con and will retail for $25.  DC is promising the reveal of more figures in this new line at their DC Collectibles panel on Thursday, July 12 from 1:00 – 2:00pm in Room 5AB. 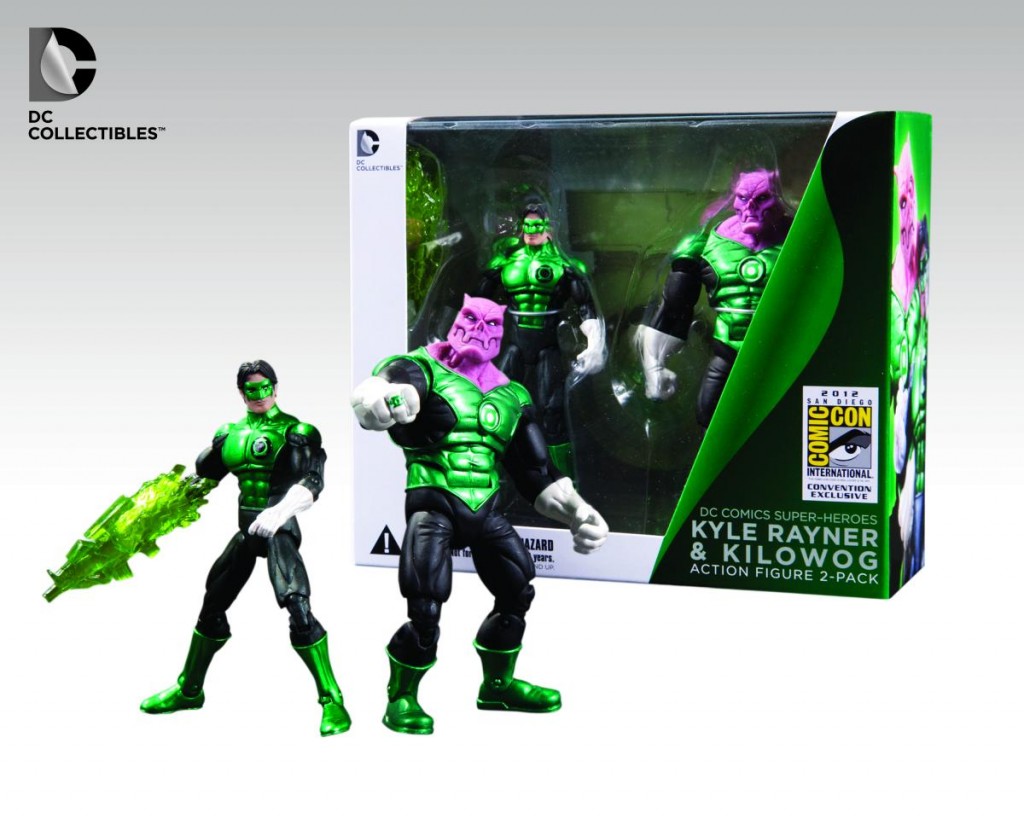 DC also hints we’ll see more Convention exclusives from this line in the near future, so let’s start placing bets– who do you think they’ll offer at NYCC this October?