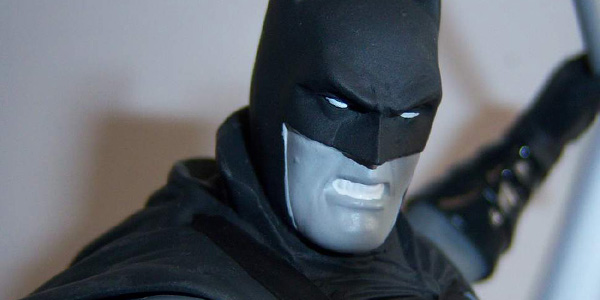 DC Collectibles does it again with yet another brilliant addtion to the Batman Black and White Statue series.

Earth 2 Batman makes his debut based on the art of fan-favorite artist Nicola Scott, and sculpted by Mat Brouillard. When this statue was solicited it was mentioned that it was going to be numbered and they did not lie. This series as a limited run of 5,200. They placed the number on the bottom of the base as before, but with a little less flare like the old days. The statue measures in at approximately 6 inches tall. He comes out of the box poised with a pair of escrima sticks ready to deal out justice. All the details, from the stance to the cape, make this an amazing piece to add to your collection.

I did have a few issues with some messy paint application on this statue as you can see in the pictures that above the belt is some missed grey paint on on the left leg some sloppy application. Not to major that I was turned off by placing it on the shelf. The price tag of $79.95 is normal within the Black and White Series. You may find them on the secondary market for a tad less but I would act fast as DC Collectibles has listened to the fan base and as mentioned but a limited edition run on these. 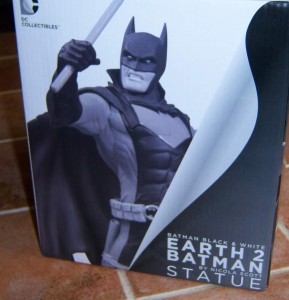 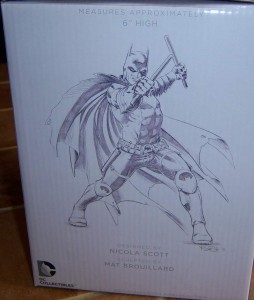 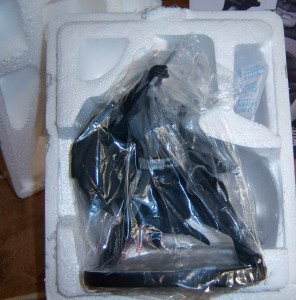 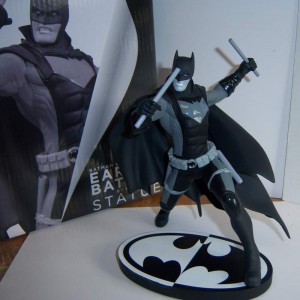 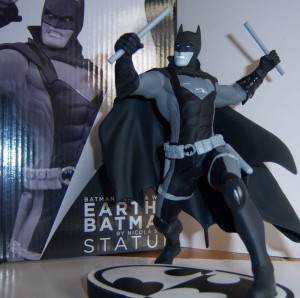 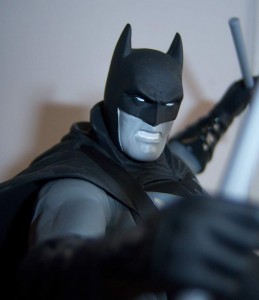 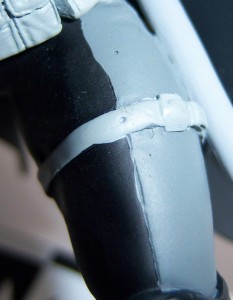 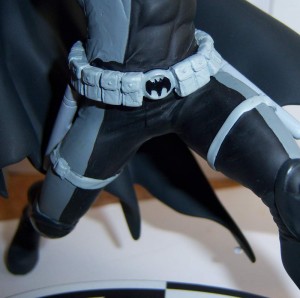