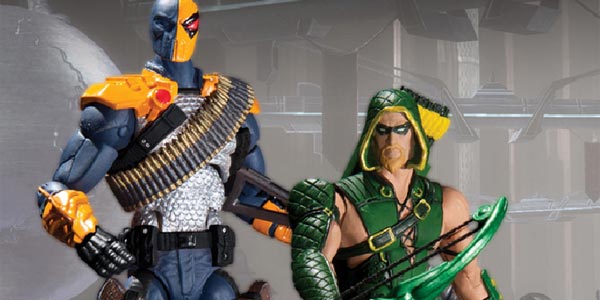 When DC Collectibles first revealed their plans for a 3.75″ action figure line, I was stoked– finally, some well-made DC heroes and villains to fit the universal scale of Marvel Universe, Star Wars, GI Joe and countless other properties!  They released two sets of two-packs based on Green Lantern as convention exclusives, and while the toys had their minor issues, I chalked it up to growing pains of the fledgling line, ad anxiously awaited news of what was coming next.

Well, now we know what’s next– at least partially.  DC Collectibles will be releasing 3.75″ Injustice figures, based on the Mortal Kombat-designed video game.  I find this reveal disappointing, because not only are the Injustice costumes uninspired and generic, we’re already getting them from Mattel’s retail-friendly DC Unlimited line.  While I appreciate Collectibles heading out of the gate with less-famous characters like Solomon Grundy and Deathstroke, it just seems strange that, like New 52, both toymakers would be releasing the exact same properties.  I always felt if Mattel and DC Collectibles were to map out their plans simultaneously, they could cover much more ground and not pile up on the same outlets– it could be a much more rounded DC Universe if both companies weren’t so slavishly devoted to only media-friendly sub-groups like Injustice or New 52.  But then, I’m not a DC Comics marketing genius, so… what do I know, I guess. 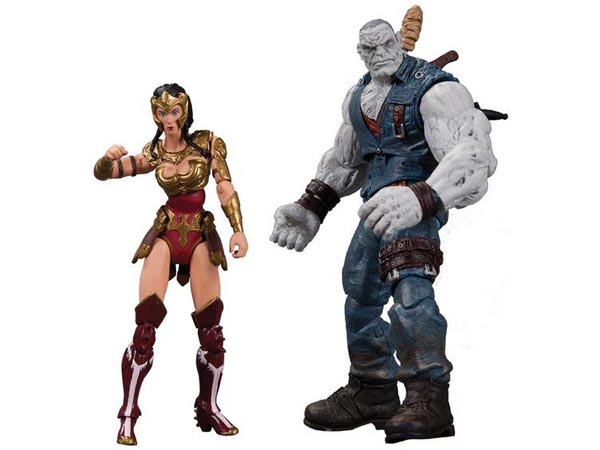 In any event, Green Arrow and Wonder Woman will be joining the previously-mentioned Grundy and Deathstroke for the first pair of two-packs.  While I’d still totally prefer some classic– or even New 52– figures in this scale, I can say that from these prototype shots, the figures seems to share the very good design pattern, and solid sculpting of the 3.75″ Green Lantern figures… just based on lamer source material.

Am I being too rough on these game designs?  Maybe they’ll look better during gameplay?  Are you looking forward to more DC video game figures?  Let us know in the comments. 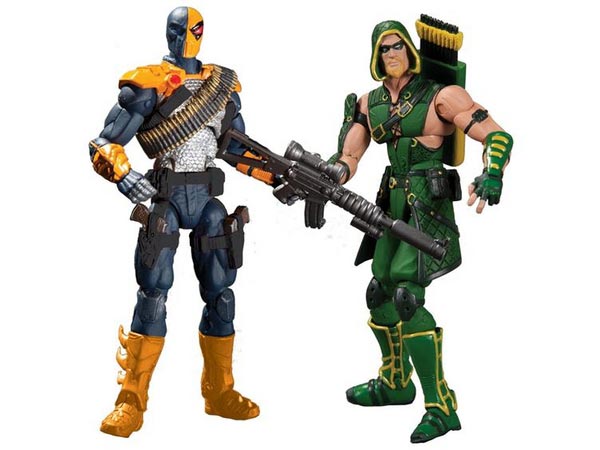