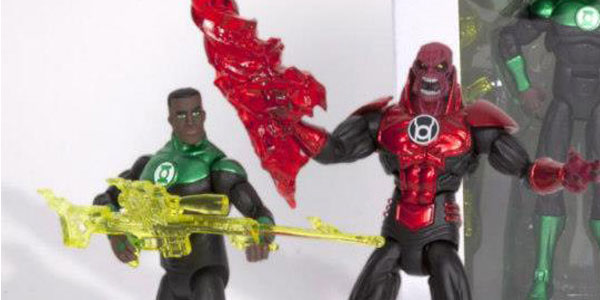 DC Collectibles is bringing some cool exclusives to next month’s New York Comic Con, in the form of another 3.75″ scale Green Lantern two-pack and an Aardman-style Batman figure.

The Green Lantern set is a follow-up to the San Diego exclusive from this Summer, now featuring John Stewart along with the Red Lantern leader Atrocitus. Stewart appears to be a straight up repaint of the Kyle Rayner body with a new head, but from the look of this prototype, Atrocitus is not only all-new… he’s properly scaled to tower over the Lanterns. 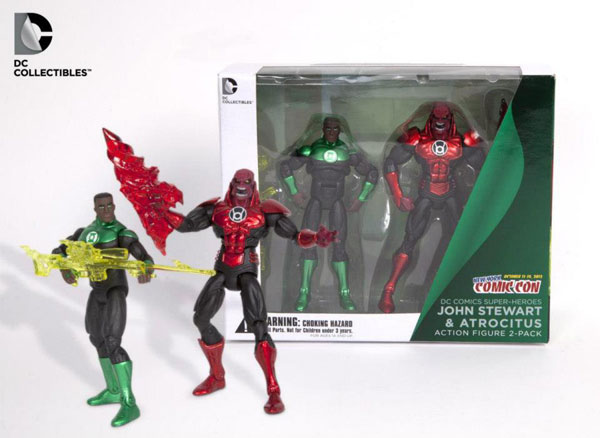 The Aardman Batman is really neat, and captures the Wallace and Gromit feel perfectly, courtesy of designer Rich Webber and sculptor Phil Ramirez.  If this Batman looks familiar, he’s popped up in some interstitial shorts as part of Cartoon Network’s DC Nation. 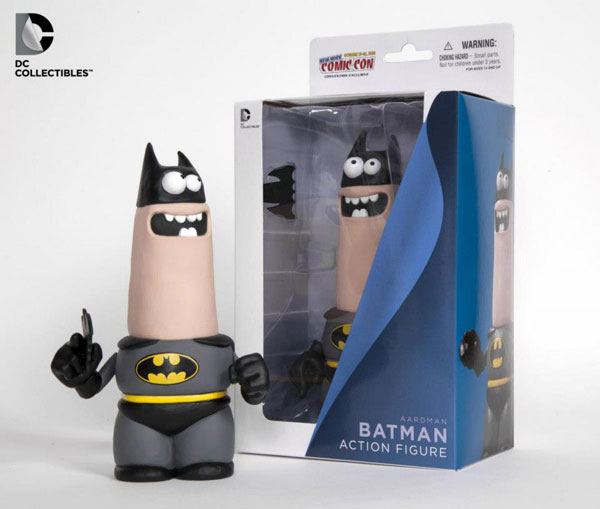 Both exclusives will be for sale for $25 each at the Graphitti Designs booth at NYCC.  I expect there will be some kind of ticketing/ queue system in order to pick them up, because Graphitti really loves doing that.