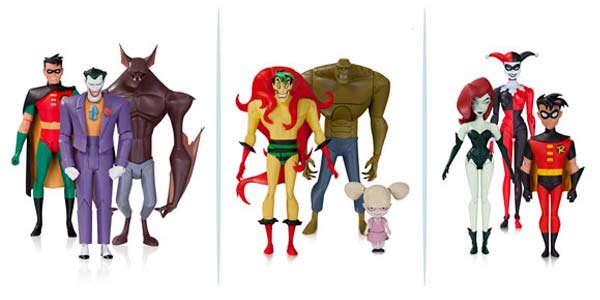 DC Collectibles posted a new blog which addresses how they are handling the quality control issues plaguing the otherwise-amazing Batman Animated action figures.  I remain truly impressed at the candor and honesty in DC Collectibles’ approach to this issue… they seem genuinely committed to both correcting the issue and providing customer service to those affected already.  It’s a breath of fresh air to witness companies like DC Collectibles, NECA and Diamond Select being so much more open than we’re used to from years of Toy Guru’s era at Mattel or Hasbro’s hands-off approach to communication from anyone outside of their unspecified customer service staff.

Not only did DC Collectibles address the QC issues directly, they got into the details of how they are adjusting production of future figures to correct the problems:

Some fans have mentioned damaged product or brittle parts with our Batman Animated action figure line. We are currently evaluating the production process for these action figures and have instituted some additional reviews in order to improve and catch any quality issues. Be reassured that quality will be improving going forward.

For those of you more interested in specifics, here are some details. We have traditionally used a polycarbonate for smaller joints on our plastic action figures. This is sometimes referred to as the “clear plastic.” Based on our early reviews of samples sent from the factories the products held up under testing. Since then, however, in part as a result of fan feedback that we received, it has become clear that we can make the smaller joints in our action figures even stronger.

Starting with most products in 2015, we are upgrading to POM (aka polyoxymethylene) for those joints previously made in polycarbonate. This is a stronger plastic that allows it to be molded in a color instead of clear. We have heard from our fans loud and clear that this is the number one issue for our action figures.

We will continue to use PVC (aka polyvinyl chloride) for the larger size joints (such as elbows and knees), ABS (acrylonitrile butadiene styrene) for harder plastics and on a case by case basis, we will be thickening the size of very small joints. This may affect some of the aesthetic look of the small Batman Animated characters but we feel the balance between look and quality will be appropriate.

In addition to the material change, we have changed our quality review process and extended our production timeline to ensure we can deliver the best products.

Wow! That was a lot of long sounding words! But hopefully this background information helps reinforce to you, our fans, that we are dedicated to improving our product so that you have the best experience possible. And we want to make sure we’re always improving. You can help us by sending your feedback to our e-mail address: DCCollectibles@DCEntertainment.com

Going along with these production changes, the lineups of the upcoming Batman Animated series have also been tweaked.  Robin, Joker and Man-Bat are now slated for March release, followed by Killer Croc and The Creeper in May.  Poison Ivy, Harley Quinn and New Adventures Robin have all been pushed back to June, allowing a few more months to refine and test the smaller pegs and joints of these figures.

It’s a smart call, in my opinion, and I think the extra few months will make a lot of difference in the overall integrity of these figures.  I’ve been waiting two decades for the perfect Batman Animated toys… a few extra months now certainly won’t kill me.

Oh, and just so it’s not all technical insight and production updates, DC Collectibles also gave a tease of a new piece in this series, which will make its debut at Toy Fair: 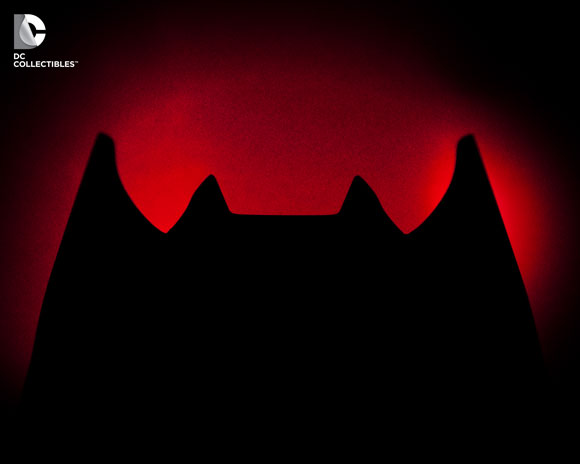 Is that a Batmobile, guys?  Maybe I’m going crazy, but that TOTALLY looks like a Batmobile to me….