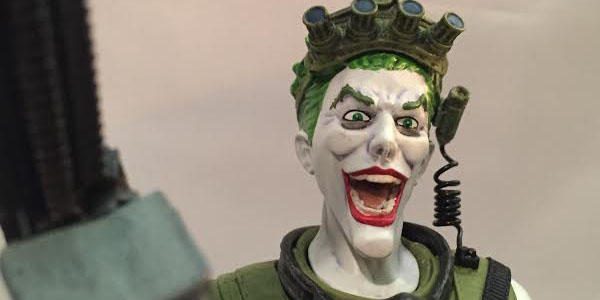 DC Collectibles released their newest Joker statue inspired by Jim Lee and it is a fantastic, yet very different piece. 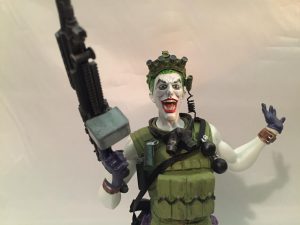 This version of the Joker is a bit unconventional but hey– what in comics isn’t anymore? Joker was designed by Jim Lee and sculpted by the great Alejandro Pereira. He measures up at 8.5″ tall from base to the tip of his gun, a tad bit taller than most of the other DC statues that measure in around 7.5″.

You cannot help but look at this statue in awe. There is so much going on this piece, from the really big machine gun to the very detailed base. Joker is seen shirtless, wearing only a military style vest, and the detail is astonishing from weathering of the pockets to the grenades. The ear bud with the coiled wire is a great touch, and it’s painted flawlessly. There is a loose machine gun that can be draped around the statue’s shoulder and around the back, while the right arm that holds the machine gun is attached by a magnet.

The details on the base of this figure has no equal in any of the DC Collectibles statues to date. There’s a pattern of “HA HA’s” overlapped around the base (even on the thin strip on the bottom), and the raised white, red-bordered capital “J” is beautiful and totally stands out against the metallic purple and black wash. 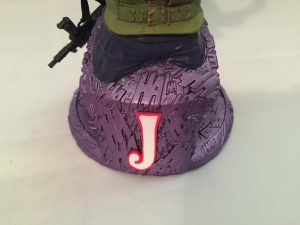 This statue is different than past releases because it had a limited edition numbering of 2,500 as opposed to the normal 5,200. The price point, if you purchased from a comic shop via Diamond, will run you about $50. Secondary prices are a tad higher due to the limited numbering and the fact that these were allocated some time ago.

JQ gives this statue an 8/10, however, some may not agree with the design and would rank it lower. Make no mistake– this is a FINE statue to own. I suggest picking it up, for any Joker fans. 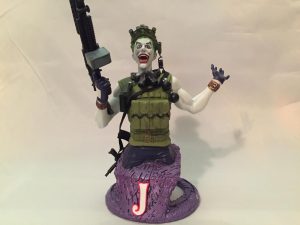 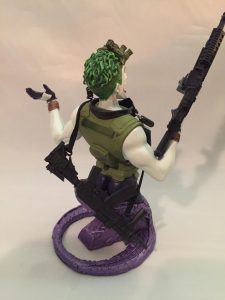 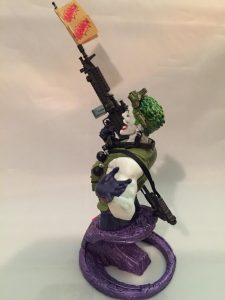 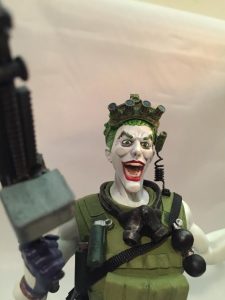 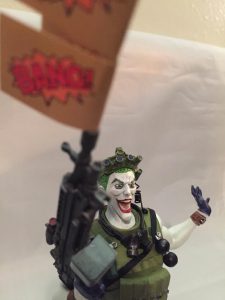 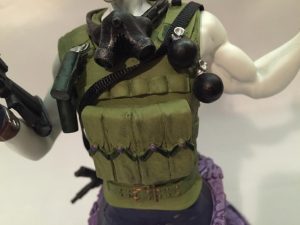 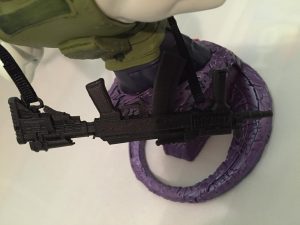