DC Comics- What is the Future for Nightwing? 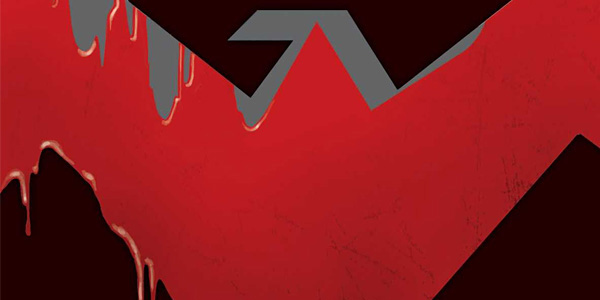 For those who have been reading Forever Evil in the DC New 52 comics you know that Richard Grayson aka Nightwing was captured by the Crime Syndicate and is being held hostage by Ultra Man and Owl Man. If you have NOT been reading then I implore you to go to your local comic book store and grab the issues 1-4 that are currently out and then come back to this article.

The CSA of Earth 3 have unmasked Nightwing showing the world that his true identity; however, this is NOT the case in the stand alone Bat-family titles. When Forever Evil wraps up then the landscape of the DCU will change as we are told. Let us discuss the rumors surrounding the fate of young Richard Grayson.

Rumor 1- With Nightwing unmasked he can no longer operate as a vigilante. It is being discussed that he MAY take over the role as Oracle. If you are reading the current Batman Beyond Universe book Grayson is in fact doing that exact thing at the moment for Terry. With Grayson grounded per say there have been sketches done by Dustin Ngyen with Harper Rowe taking over the mantle of Nightwing in the classic Blue and Black outfit.

Rumor 2- The search for a new Robin will be over, as shown in Batman and Robin Annual cover that is being solicited for later this year, showing what looks like to be Grayson in the Robin costume yet again. Now it has been told that this will be a flashback story of “better times” for the dynamic duo as they both reflect on thier time mentoring Damian. Still I wouldn’t rule out that this could be a possibility.

Rumor 3- That Ultra Man will in fact kill Richard Grayson as he has wanted to since his capture (see Forever Evil books 1-4). The only support to this rumor is going back to the Bat-Thanksgiving picture that was in the DC books in November, showing some Easter Eggs to what may come of the Bat-family, that had Nightwing nor Richard Grayson pictured or mentioned at all. The consensus is that the blonde headed character next to Tim Drake is in fact Grayson.

Rumor 4- Since Richard Grayson is ruined on this Earth he may depart with Owl Man and become his Talon (the version of Robin in Earth 3) since Earth 3’s Richard Grayson is dead. Many believe that this was in fact the main reason for the CSA’s presence since the Outsider is an evil version of Alfred and he does Owl Man’s bidding.

All the rumors have some weight to them but again they are all rumors, I personally think that we #1 and #2 seem the most likely to happen. However, Dan Didio has been rumored to have wanted to kill off Grayson for some time now. When it was first rumored of Grayson’s probable death Didio has this on his social media page,”If first you don’t succeed.” This was after a post that was made that said, “Say it aint so!” We will all find out when Forever Evil wraps up this year.