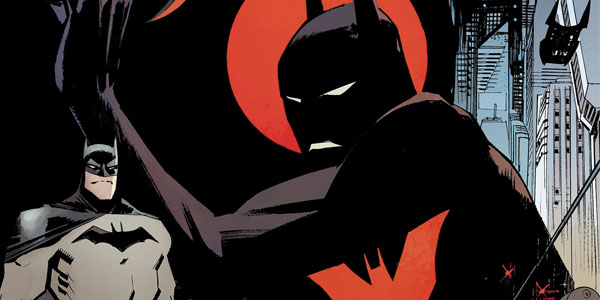 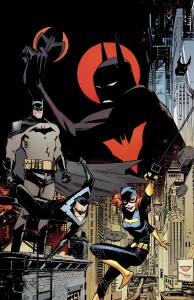 The Batman Beyond story takes place one year after Joker Night (this was the major story in the Beyond Unlimited book, and you can find the TPB Batman Beyond 10,000 Clowns to catch up) and catches up with Terry McGinnis trying to juggle college and being the Batman. Fans that are choosing this story as a jumping on point will find that what you know about the Beyond universe has changed. Bruce is no longer behind the scenes helping Terry as Batman, so who is his new mentor you ask? You will just have to pick up the book for this little secret. This story was drawn by Thony Silas and written by Kyle Higgins. Higgins writing is on point and does not skip a beat from the last story arc. Silas’s art will have you intrigued as well as keeping the story’s flow.

The second story is a Justice League Beyond story that has a Superman with powers unexplainably out of control, much like the current Trinity War comic run. There are a ton of cameos from all heroes in the JLB trying to help Superman figure out this glitch. After Superman takes out every member of the JLB he makes a call to an old friend Bruce Wayne. Bruce tells him to lay low in the Fortress and have one of his robots take his place until they can work this out. Can Superman stay in hiding, or will things get worse?  The art by Ban Coello is beautiful. The writing by Christos Gage works and is easily followed.

If you have not picked up a Beyond title yet this is a perfect jumping on point. Overall this book has it all great art, great writing, and a perfect price point for multiple stories. This book is on sale this week at your local comic shops.