DC Entertainment continues to expand its roster of top name talent, announcing today that it has reached agreements with writer Steve Orlando, along with artists Evan “Doc” Shaner and Jesus Merino to create comic book content solely for the publisher’s DC Comics and Vertigo imprints.

An accomplished comics writer and scripter, Orlando is no stranger to DCE, receiving critical acclaim from outlets including Polygon.com (“Best Comics of 2015”), New York Times, io9.com (“Top 20 Comics of 2015”) and a nomination from GLAAD in the “Outstanding Comic Book” category for his run on Midnighter, the first openly gay male character to star in a comic book. Orlando has also contributed to the DC Super Hero universe with writing credits for Justice League: Darkseid War: Shazam! 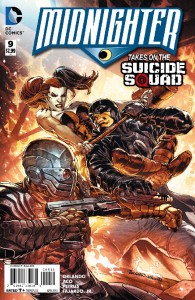 “DC Comics is the home to the icons, characters and concepts that form the bedrock of modern mythology, cross boundaries and inspire people,” said Orlando. “I’m incredibly excited to add to this great tradition of storytelling exclusively, a tradition that captured my imagination as a young reader and bring it to a new generation.” “It has been and will continue to be an honor. Anyone who knows me knows comics changed my life, and I’m looking forward to showing fans how comics have impacted me in the stories I’ll be writing.”

Recently announced as the artist for DCE’s Future Quest title with writer Jeff Parker, Evan “Doc” Shaner is no stranger to DCE either, having provided art for titles like Adventures of Superman, Convergence: Shazam! and Justice League: Darkseid War: Green Lantern. “I’ve always been a fan of Doc’s work,” said Lee. “In reviewing his concepts and character sketches for Future Quest, it reminded me of some of the classic animation and comic artists of the past, like Alex Toth and Milton Caniff. It was a perfect fit for this title, and I can’t wait to see him bring his talents to more DC and Vertigo titles in the future.” 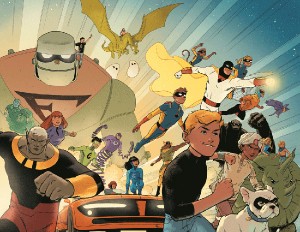 “DC Comics has a history of creators and characters that I’m very fond of as both a reader and artist, and to be asked to be part of that tradition is an incredible honor for me,” said Shaner. “Superman, Captain Marvel, The Flash, Plastic Man, and so many more– these are some of my favorite characters of all time. I’m also particularly excited that I get to start my time at DC with reintroducing the Hanna-Barbera heroes featured in Future Quest, which are especially dear to me. This is an amazing opportunity and I’m looking forward to what’s to come.”

Spanish artist Jesus Merino has been creating artwork for DC for the past fifteen years. As a penciller, inker and cover artist, he has worked on such titles as Superman, Justice League: Darkseid War: The Flash, The New 52: Futures End and The Flash, among others and is happy to call DC his exclusive home: “It’s an honor to have such a talent as Jesus on board at DC,” said Lee. 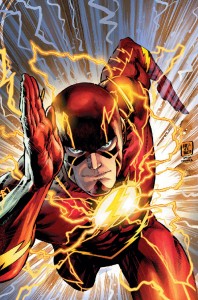 “He does a great job at combining the heroic and inspirational element of the DC mythos with a clean, dynamic and energetic style that really brings out the best in the DC characters!”

“After working with DC on so many projects, it’s great to call them my home now,” said Merino. I’ve seen a lot of changes over that time, not only in the characters, but in the company as well. With this new arrangement, I feel like the new kid in town all over again.”