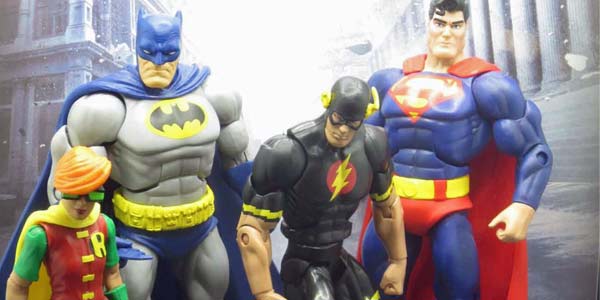 Mattel and Walgreens team up to expand the Frank Miller corner of the DC Multiverse.

One of the best sub-lines within Mattel’s DC Multiverse is the Frank Miller/ Dark Knight Returns inspired series that began with a trio of Wal-Mart exclusives and has since rounded out the main cast of heroes and villains from Miller’s iconic graphic novel, as well as rolling in a few characters from the less-iconic sequels.  One of those additions is The Flash, sporting his black costume as seen in DKR II and DKR III, who is being sold exclusively at Walgreens.

Most of this Flash will look very familiar to DC Universe collectors… because it’s mostly a straight repaint of the DCUC Barry Allen. But like the Son of Batman goon, this slimmer body allows the lithe super hero to fall in line with Miller’s artwork as compared to the bulkier Batman and Superman.  The only new tooling are the oversized boots, which match the book’s artwork and go a long way in exaggerating Flash’s overall proportions (which, again, matches Miller’s aesthetic). 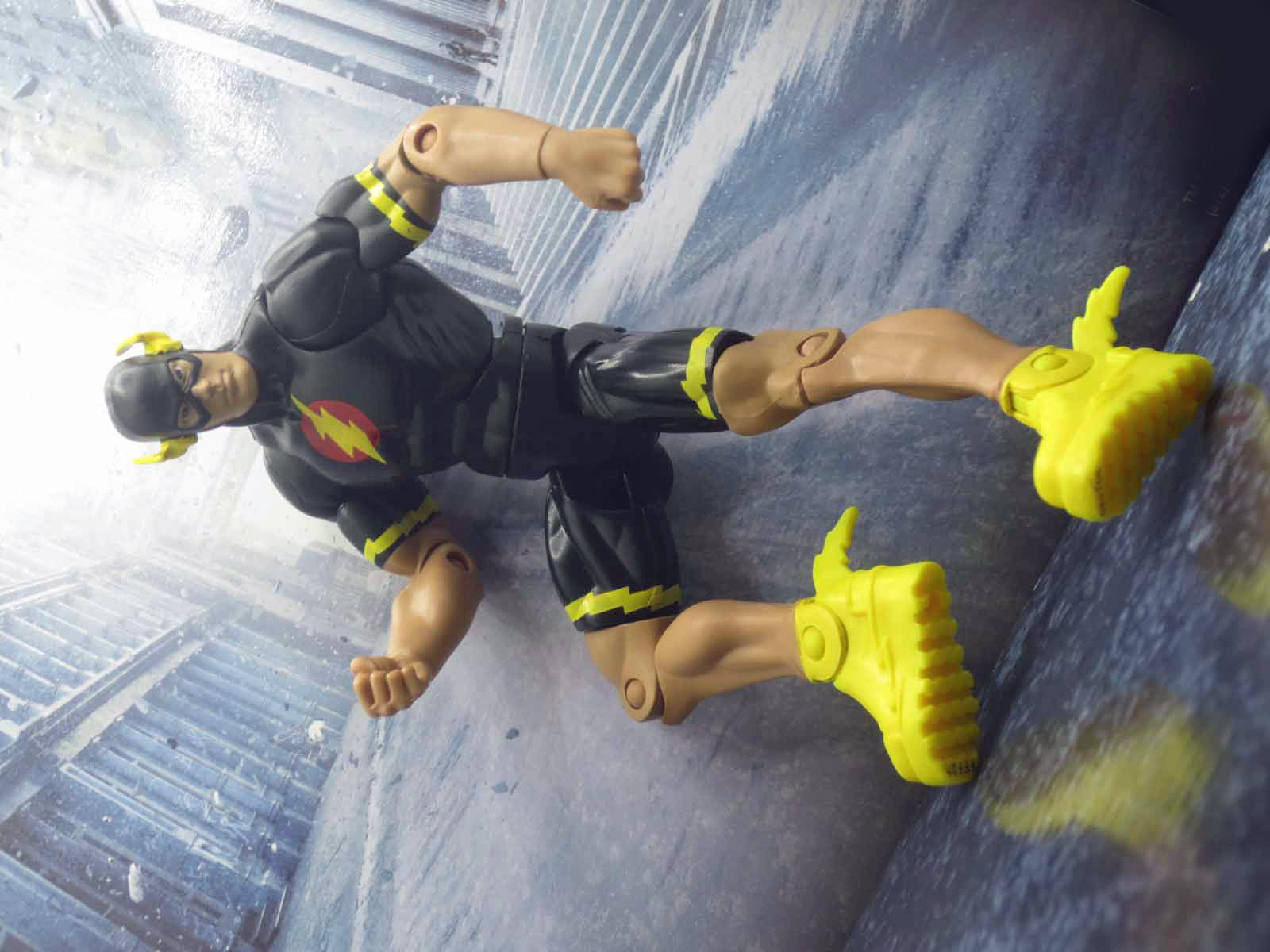 The figure’s paint is simple and straightforward, but well applied.  The linework of Flash’s lightning is tight, though the tone does not match the yellow cast plastic of his boots, which throws off his overall pallet a bit. Since it’s the same Four Horsemen super hero body we’ve all painfully familiar with, I won’t both with a breakdown of the articulation or anything like that for fear of putting you (or myself) to sleep out of sheer repetitive boredom.

What I WILL say is, one area where this Flash excels is with accessories. While he skips any Collect N Connect parts, Flash includes a Miller-designed Atom mini figure, as well as an unmasked Bruce Wayne head. Atom is a neat pack in, sneaking yet another hero into the DKR universe, but it’s the old man Bruce head that’s the real winner here. 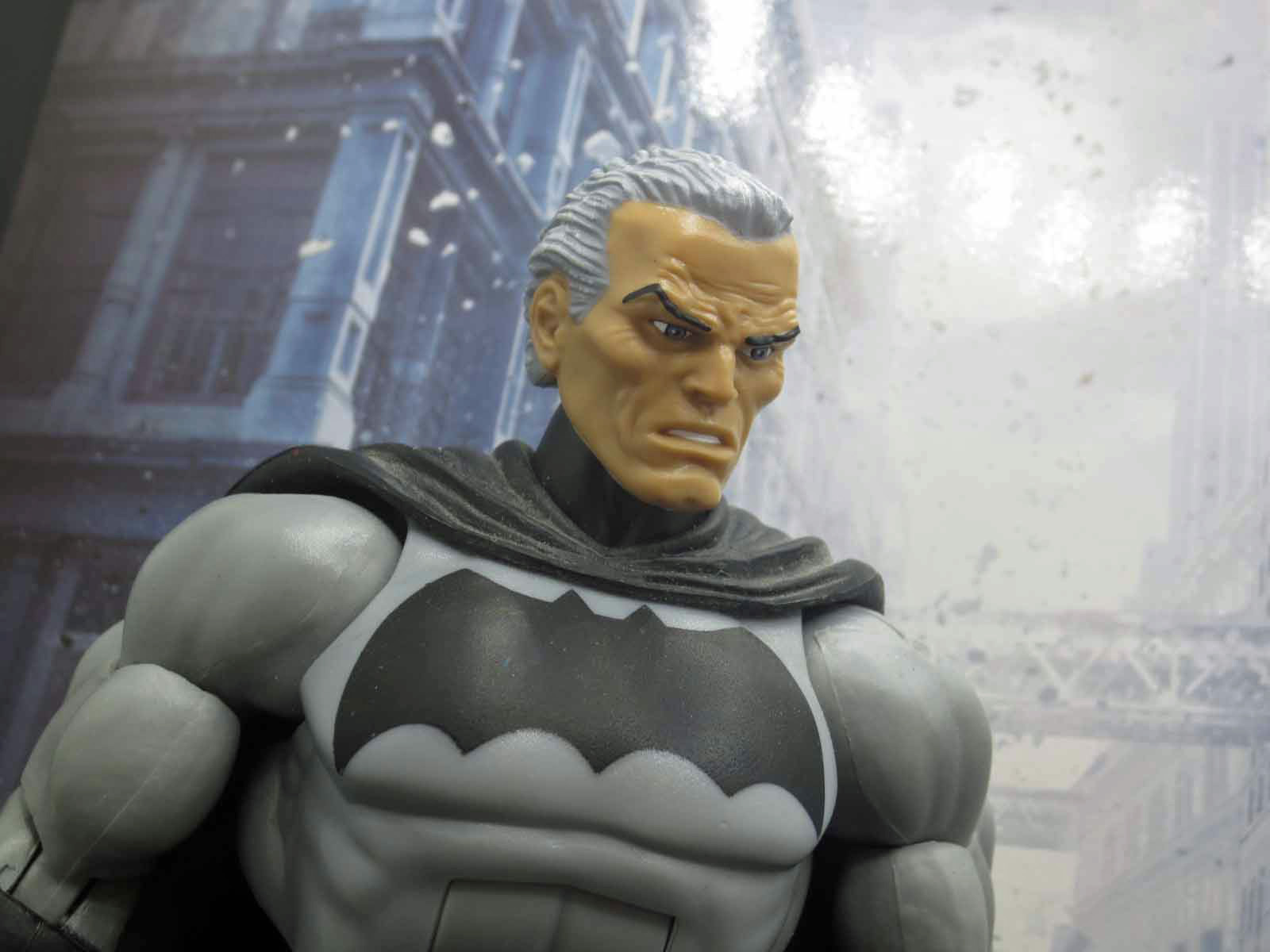 The sculpt is all new, and does a great job of bridging the gap between Miller’s artwork and the Horsemen’s aesthetic. Like most Masters of the Universe heads, it can pop on and off a MOTUC buck easily, allowing for multiple display options thanks to the variety of Batman figures released in the DKR sub-line. Sadly, the toughest head to swap is the armored Batman, who would probably benefit the most from this unmasked head… I haven’t been able to get mine to budge due to the amount of overlays piled onto that figure, and I’m nervous to heat him up in fear those same vinyl overlays might melt or warp.  If anyone has had luck swapping heads on that articular figure, feel free to share tips in the comments!

You can find the DKR Flash at Walgreens stores now. He’s a cool, if minor, addition to the Miller sub line, but he’s helped greatly by a smart pair of pack-in accessories. 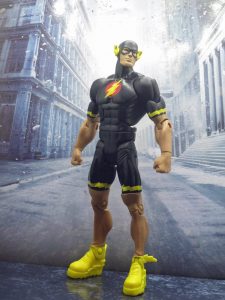 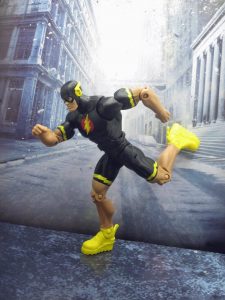 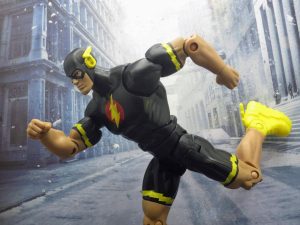 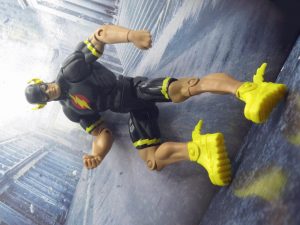 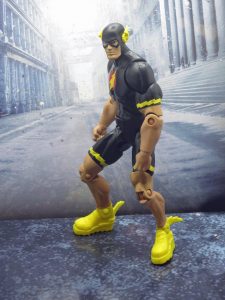 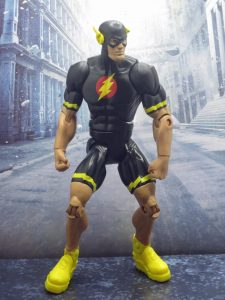 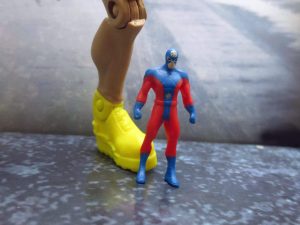 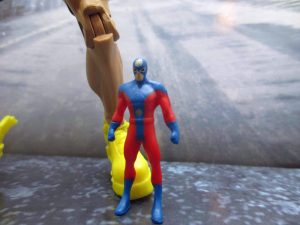 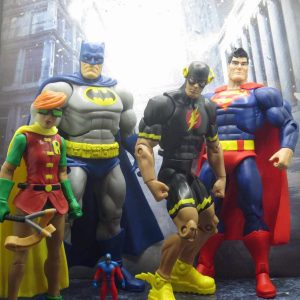 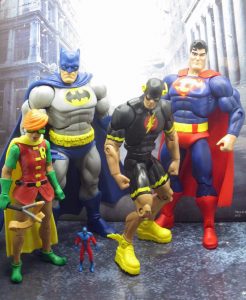 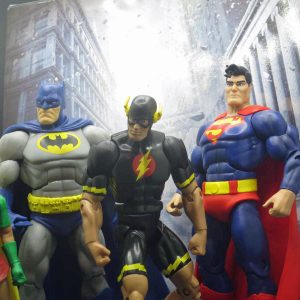 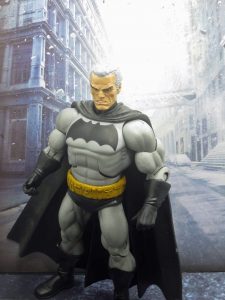 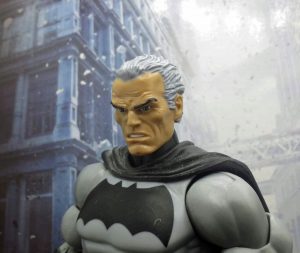 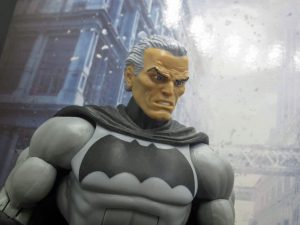 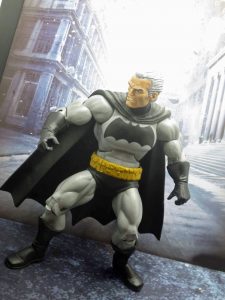 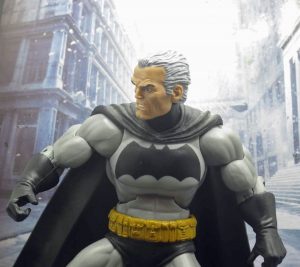 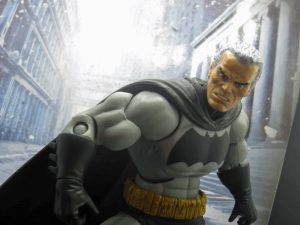 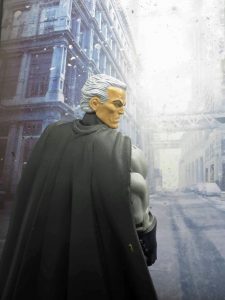