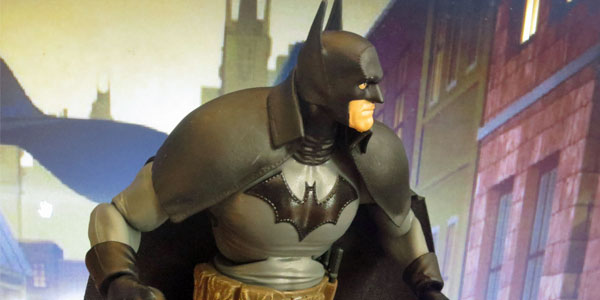 Mattel’s DC Multiverse goes back to the very first Elseworlds tale, and comes back with one of their best Batman action figures ever.

If you’re like me, the idea of buying yet another Batman action figure is as eye-rolling as it is groan-inducing. Along with Spider-Man and Wolverine, Batman remains the most over-merchandised character in comics, and there has to be a limit to the number of times he’s worth buying in toy form. However, we haven’t seen many toys based on one of my personal favorite iterations of the Dark Knight… the Victorian era-themed Gotham By Gaslight Batman.

That’s the design Mattel included in the Rebirth Lex Luthor series of DC Multiverse figures, and the all new sculpt perfectly captures the character’s on-page design. Some of the recent DC Comics sculpts from Mattel have seemed a bit soft, but Batman bucks that trend as he’s loaded with cool details and textures like the stitching around the symbol on his chest, the naturalistic wrinkles in the fabric around his abdomen, and the weathered pouches on his utility belt, which even includes holsters for his four mini Batarangs.

Batman features the newer model of DC Multiverse articulation, which leaves him with an increased range of motion (especially in the hips) and a less-interrupted sculpt overall. The only thing that does leave this figure restricted is the cape, which drapes entirely over his shoulders and wraps around the back. The Sherlock Holmes style dual layer cape is a big part of Gotham By Gaslight Batman’s look, so I appreciate it being here, but the rubber Mattel used is pretty rigid, which keeps the shoulders from being overly useful. I wish the piece had been made of a softer, more pliable rubber which wouldn’t limit the arms… that softer rubber could have also been used for a better undercape, as opposed to the cloth one we wound up with, which is okay, but doesn’t match the upper cape very well.

The Batarangs are awesome, and I love that Batman’s hands are sculpted to hold all of them between his fingers, allowing for a truly cool and unique action pose. The figure also comes packed with an alternate set of clenched fists, and the head and cape from the Collect N Connect Luthor figure. That’s not a bad spread for a mass market 6″ action figure!

While I would enthusiastically urge you to pick this figure up, even if you’re suffering from Batman fatigue as much as I am, the bane of the DC Multiverse toy line remains terrible distribution, which can make finding him quite a challenge. Technically, this guy is available at Wal-Mart, Target, Amazon, and online… but the brick and mortar retailers seem to only carry these figures regionally or  by some baffling internal lottery system (literally ONE Wal-Mart and ONE Target in Connecticut have carried this wave thus far, out of over fifty stores). Still, if you’re lucky enough to come across this figure in the wild, I assure you, he is worth your attention. 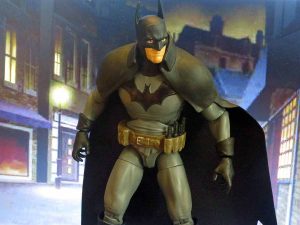 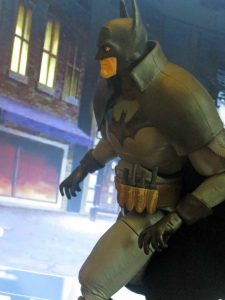 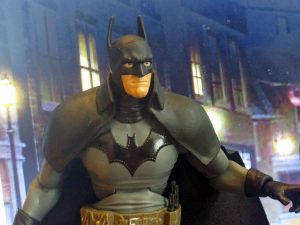 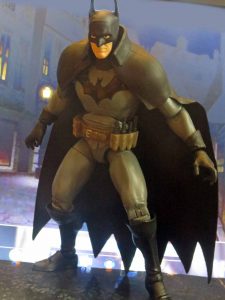 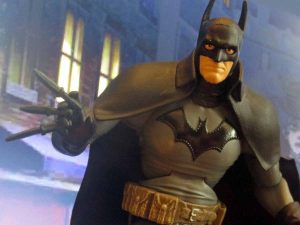 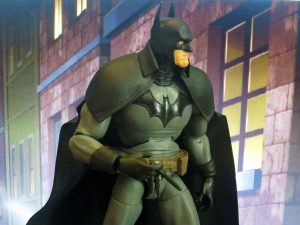 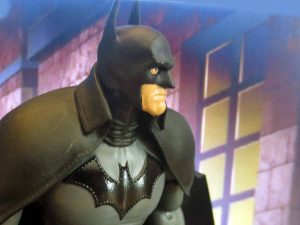 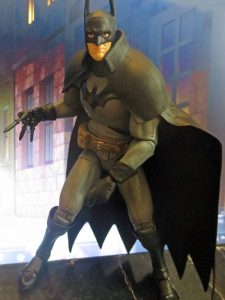 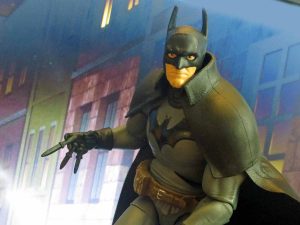 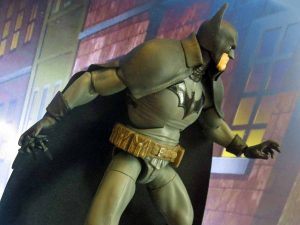 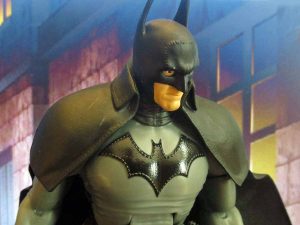 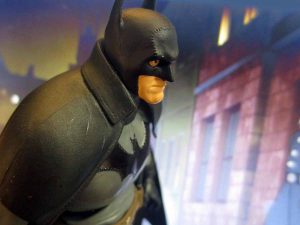 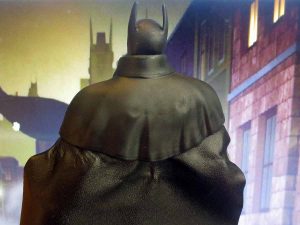 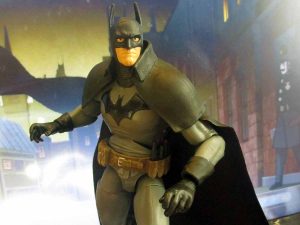 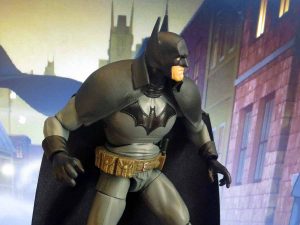 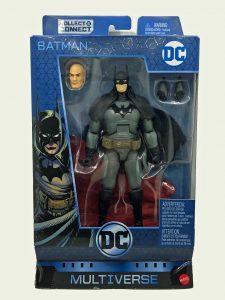