DC Multiverse’s The Reaper Is Perfect 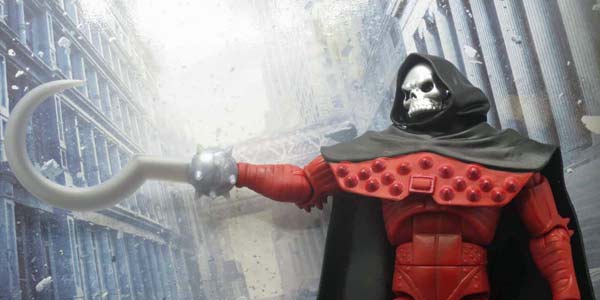 Mattel’s take on the cult classic Batman villain is the best DC action figures of the year thus far.

Dude, I am so confused by Mattel’s DC Multiverse toy line. It’s become so ambitious in its reach, drawing from DCEU movies, DC television series, modern Rebirth comics, and classics… and the results have been equally all over the place.  But when they win, they really WIN, and The Reaper is the most recent, best example of this.

Not exactly a household name, Reaper has nonetheless earned a spot in Batman’s Rogue’s gallery, and Mattel does him justice with this figure.  What’s most surprising about this is the fact that, like The Batgirl of Burnside before him, Reaper is a 100% new sculpt… with not a single part borrowed from the old, tired DCUC bucks designed over a decade ago by the Four Horsemen.

The new body is really nice, offering some new articulation such as improved hips (which are now hinged vertical pegs, similar to the Toy Biz Marvel Legends or Mattel’s own DC Super Hero Girls), the improved elbow articulation, and hinged wrists.  All this unique tooling also means Reaper’s sculpt can be refreshingly comic accurate, with all the edges and striations of his red armor perfectly captured in toy form.

Reaper is a visually striking figure for sure, and the increased articulation allows him to hit a number of great action poses. But what i like most about this guy is the added detail of his alternate hands.  Of course, Reaper’s most iconic feature are his twin scythe gloves… but he didn’t always wear them.  Mattel packed in an alternate set of red gloved hands with the figure, allowing you to mix up which weapons Reaper will yield at any given time. It’s a smart choice, and provides a logical accessory packed with what would already have been a really nice toy.

Despite his litany of improvements over the old DCUC bodies, Reaper still fits nicely into the aesthetic created all those years ago by the Horsemen. That’s a good thing, because– as you can see from the photos– this Reaper is classic as Hell, and he more than earns a spot in Batman’s rogue’s gallery on any toy shelf.

Look for Reaper at most major retailers now, as part of the latest wave of DC Multiverse action figures. 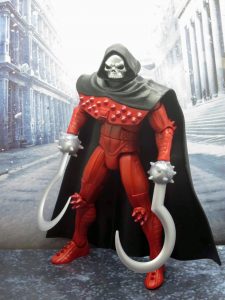 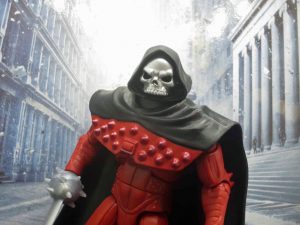 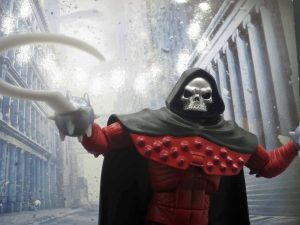 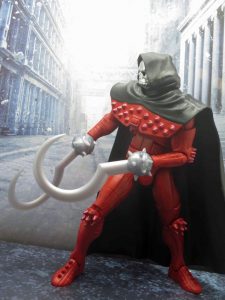 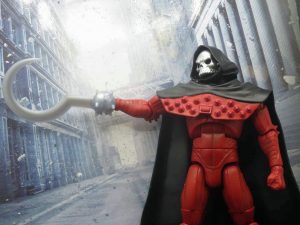 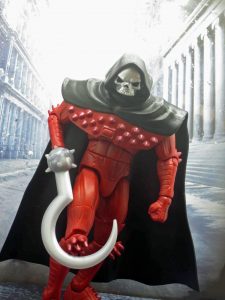 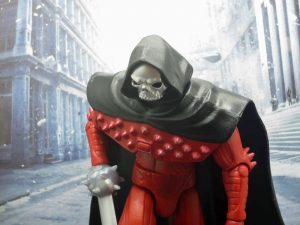 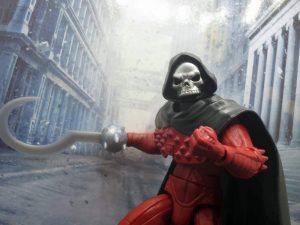 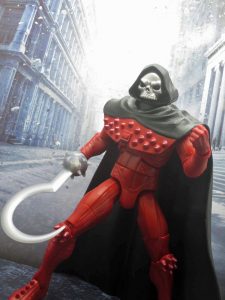 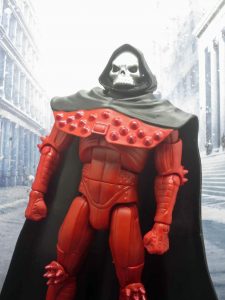