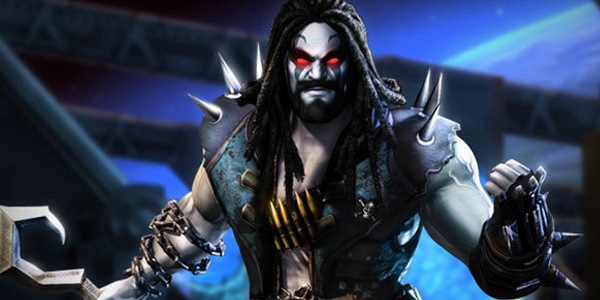 The New 52 has had its share of good ideas and bad ideas since its conception into the real world a few years ago. Many “loyalist” to the old continuity have dropped most if not all their titles because of the way the New 52 has handled the iconic characters of the DCU. Most fans are left asking weekly when they read their books, “Where is this person?” What happened to that person? What the heck kind of costume is that?

For the most part the New 52 has hit us with some slight tweaks to the characters we all know and love for example, no red shorts on Superman, yellow lightning bolts on Flash, grid lines on Batman, smaller bust on Wonder Woman, Raven with a Mardi Gras mask on her head, Beast Boy is red, Roy Harper’s trucker hat, etc etc. When DC teased the upcoming release of Lobo into the New 52 people were excited to have him back, that is until they saw the concept. 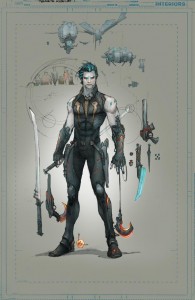 We all remember Lobo in the old Universe comic stories, and how he has been portrayed in the cartoons for Superman: TAS, JL, JLU, and even Young Justice. Well DC took this fan favorite and gave him the New 52 overhaul! He now is slim and looks like a cross between a Final Fantasy character meets an Abercrombie and Fitch Model. Gone are his huge muscles, Hells Angels biker look and big 80’s hair. We remember him as he was drawn in the comics as a big haired, hulking, trash talking space biker bounty hunter. Debates have been made online that this new look is in direct response to a possible Lobo movie that may in the works. The new look will make it easy to cast any actor to play the role. If you look at it that way then the model does make sense. The question remains why?

DC Editor-in-Chief Bob Harras has gone on record saying that the Lobo we have seen so far in the New 52 (he has appeared in the Deathstroke New 52 comic before it was cancelled) is not who you think.

In Justice League 23.2 (on sale in September) we will be introduced to the “REAL” Lobo and he starts his quest to kill the man who has taken his name. We are told that this Lobo is as strong, violent, and driven as to what we are used to seeing in comics and on TV. Again we will have a DC time line issue since we have all been told that Lobo is the last of his species, so it will be nice to see how they spin this. This new version is being sold as a much darker version. The one shot will takes place on the other side of the galaxy far far far away from Earth.

Does this mean the main man as we know it will be erased from existence? Will this go down as a more controversial change than no red shorts on Superman? We will have to wait and see in September when Justice League 23.2 gets released.