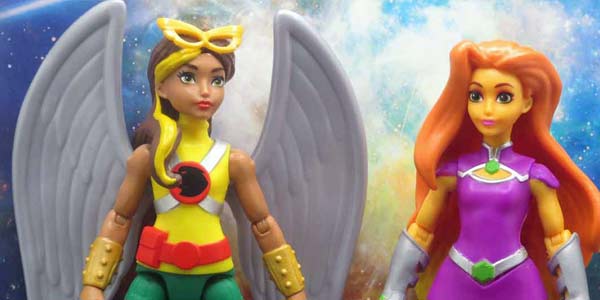 The newest 6″ Super Hero Girls are Mattel’s best figures yet!

I’ve already written at length about how much I like the DC Super Hero Girls. A big part of what makes this property so exciting is Mattel’s toy line, which– along with similar lines like Star Wars Forces of Destiny– continues to chip away at the gender norms of the toy industry (at least at stores which aren’t Wal-Mart).  And they’re really fun toys, to boot!

I’m especially impressed by Starfire and Hawkgirl, the latest characters to join the 6″ toy line.  Each heroine features an all new sculpt, in the animated style of the web series, so they fit perfectly alongside Wonder Woman, Harley Quinn, and the rest of our cast.

Starfire is definitely the most innovative figure in the entire series, introducing overlays to the aesthetic for both her rubber skirt and her silver gauntlets. The skirt allows a great range of motion for Starfire, while the gauntlets add a dimensionality which would be lacking had they been sculpted (or worse, painted) on.  The extraterrestrial princess features a nicely painted gradient in her hair, which goes from deep orange on top to bright yellow at the tips, and includes a green energy blast which can clip to either of her wrists.

Hawk Girl might be the coolest looking Super Hero Girl we’ve seen thus far, and Mattel’s figure is great.  I love her studded wrist gauntlets, and the goggles sculpted onto her forehead, which work as a nod to her classic mask while maintaining the style of the Super Hero Girls.  Our heroic hall monitor also includes her wings, which plug into her back with ease via a single ball socket, allowing for a bit of motion even if the wings themselves are not articulated.

Like the other Super Hero Girls, Starfire and Hawk Girl are bright, vibrantly colored, and impressively poseable. These figures are super fun for fans of any age, and with new characters being added to the mix such as the Target exclusive Beast Boy, I can’t help but be excited to see where the toy line goes next! 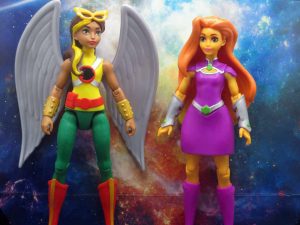 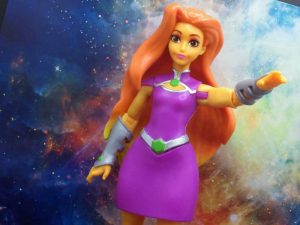 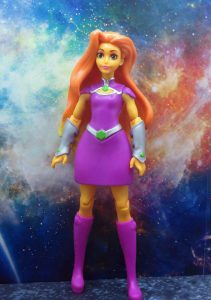 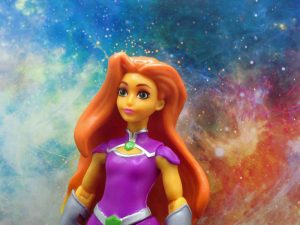 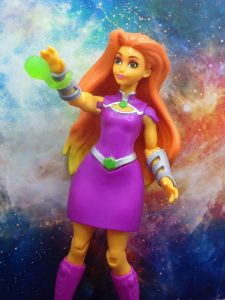 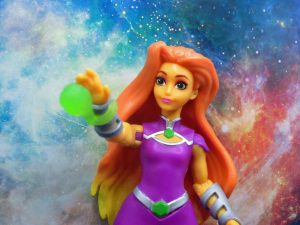 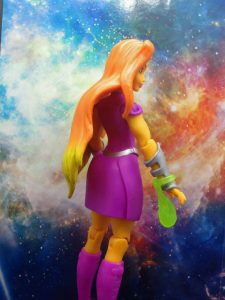 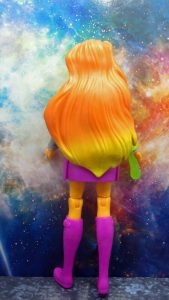 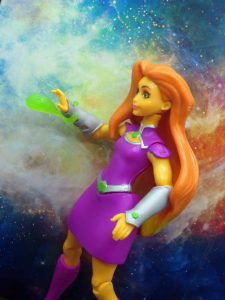 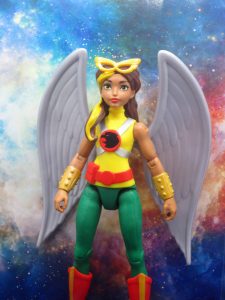 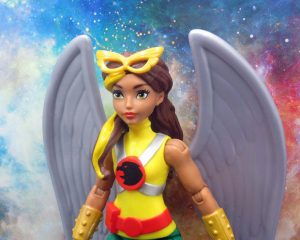 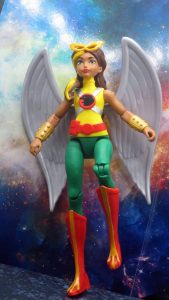 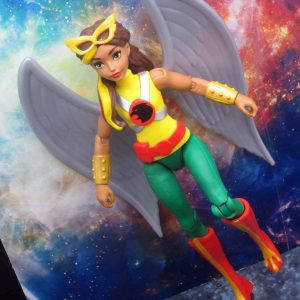 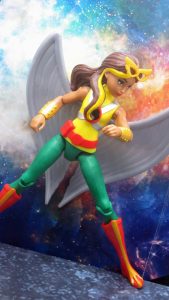 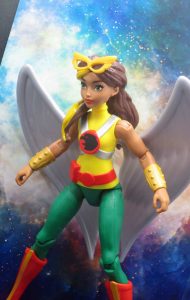 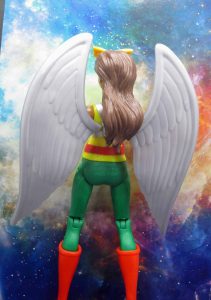 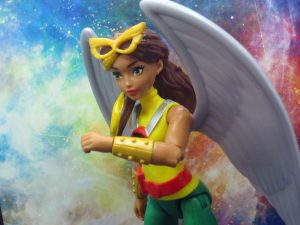 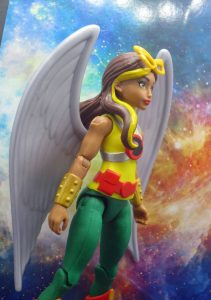 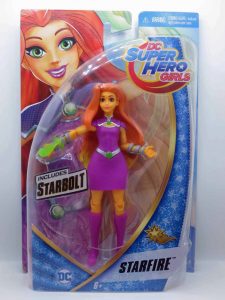 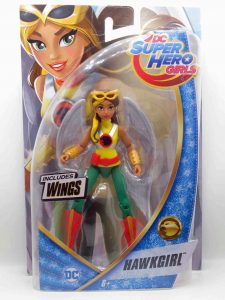