DC Universe Infinite Earths Kicks Off With A Flash 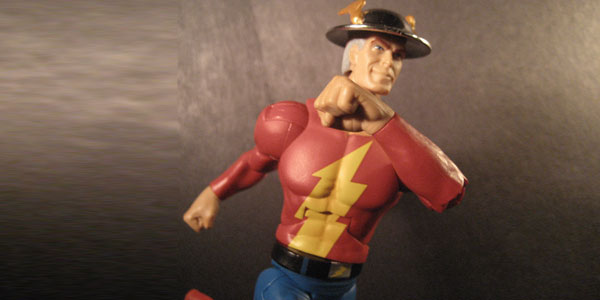 Mattel’s plans for DC Universe this year seem to be in a constant state of flux, but one thing that’s been consistent (if delayed) has been the new subscription service, Club Infinite Earths. The new series officially started this month, with the first figure– Golden Age Flash. How does he compare to the rest of the DC Universe? 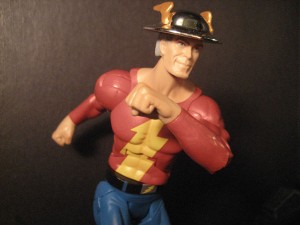 When Mattel announced Club Infinite Earths, they described it as a way to finish off teams and other “unfinished business” in their long-running but sales-challenged DC Universe Classics line. In this light, Golden Age Flash is the perfect figure to launch the new sub service, as he completes both the major Golden Age sub-line, as well as the JSA.  Jay Garrick is made of the standard lean buck used for many other lithe heroes, as well as some slight tweaks to accommodate Jay’s costume details such as his belt and short boots. The result is a trim and striking rendition of the classic hero, complete with an excellent paint job with crisp clean lines from his lightning bolt insignia to the streaks of grey in his hair. 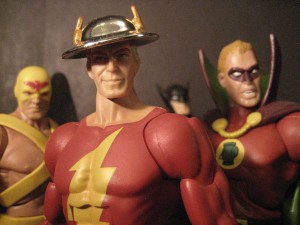 The all-new portrait is perfect for Jay, with a confident half-smile, and I like that much like the slight age lines on Golden Age Green Lantern’s face, the grey streaks in jay’s hair suggest he’s more JSA era than the hero in his Golden Age prime. Flash also includes his iconic mercury-style winged helmet, which is vac metallized. I wasn’t sure how I felt about the chrome finish after first seeing the prototype, but it looks very cool on the final figure. Speaking of Jay’s head in general, it’s also great that Mattel made sure his neck had a better range of motion than most DC figures, which helps a lot in getting the speedster into plenty of good running poses. 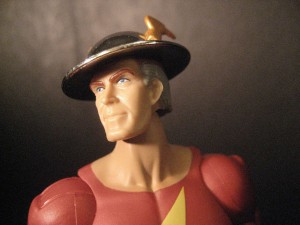 The packaging for the Infinite Earths series is pretty nice, featuring boxes in dark blue, not unlike the packaging we saw a few years back in many of DC Direct’s toy lines. The Infinite Earths boxes sport a new painting of the character and a window that displays the figure quite well. I do find it odd that Mattel admitted to so many budget compromises in light of the soft sales of this series, but then went forward with all-new artwork commissions anyway. While I like the box, I would have been happier with a less lavish packaging if it meant we got a stand of accessories instead.

Jay Garrick probably was the perfect figure to lead off the sub service, and he doesn’t disappoint. It’s great to finally have the core JSA assembled, and the promise of more long-wanted figure like Metron and Poison Ivy coming soon in the series make Club Infinite Earths an exciting new avenue for the DC toy Universe, and one that I hope continues in 2013! 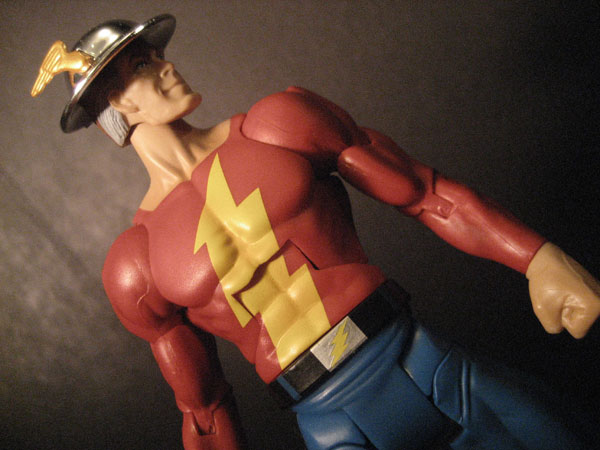 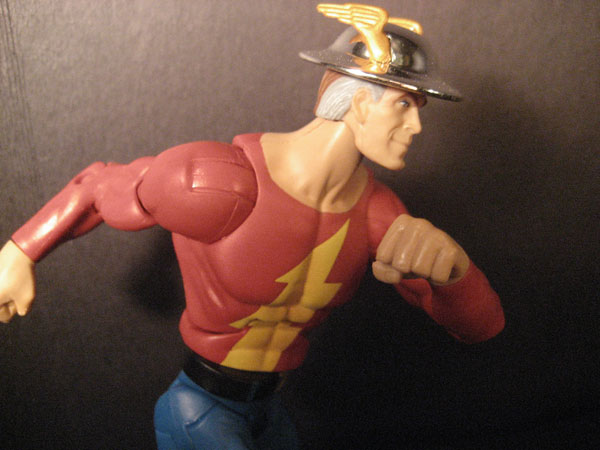 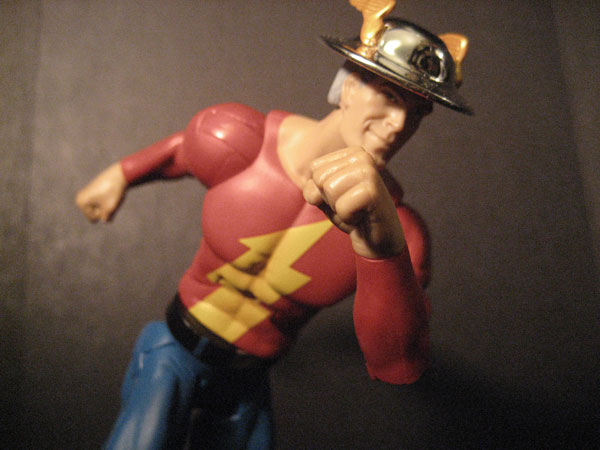 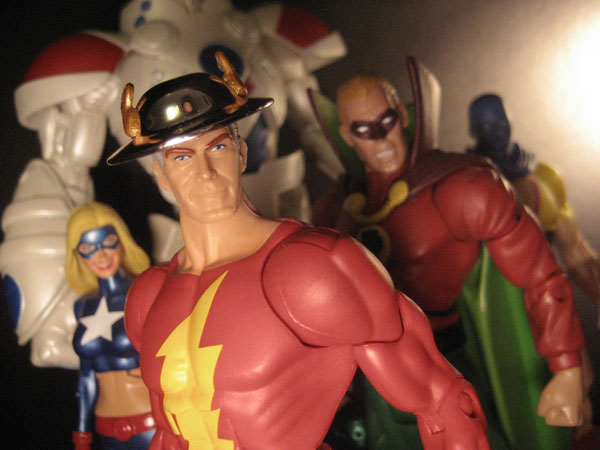 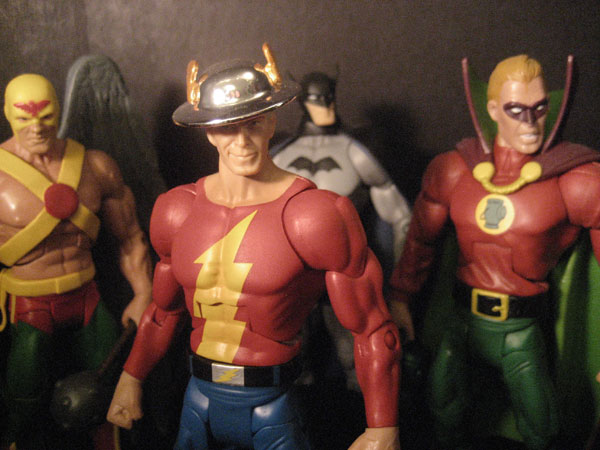