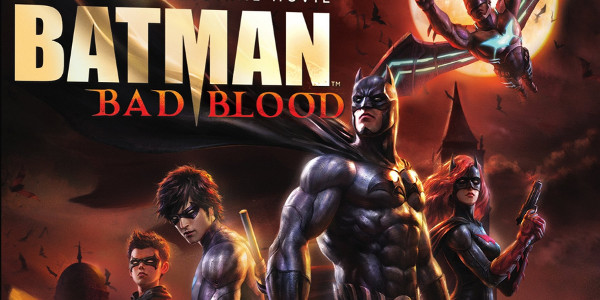 DC has done it again with adding to its already impressive animated line up. Batman: Bad Blood takes a few New 52 story lines and mashes them together for this 70 minute animated feature.

The movie is literally action from start to finish. The fight scenes are intense, the dialogue between characters is very grown up, and the animation is spectacular. DC has always hit the mark when it comes to Batman and his stories. Bad Blood takes some parts from a few Batman Incorporated stories, along with a few from the Batman and Robin books that pared Dick Grayson with Damian. 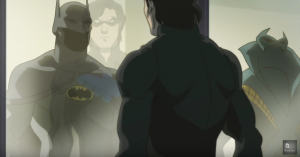 We also see a few new faces to the animated team. Batwoman and Batwing join the team in this adventure. The voice talent used in this feature has some that we may remember from previous films. Jason O’Mara reprises his role as Batman/Bruce Wayne and Stuart Allen is back as Damian Wayne/Robin. Personally I think Stuart Allen has nailed this role and when I read the comics this is the voice I hear in my head. The surprise voice talent in this was James Garrett’s portrayal of Alfred, We are all used to the voice from Batman:TAS and Justice League that these shoes were going to be hard to fill but Garrett does a phenomenal job. 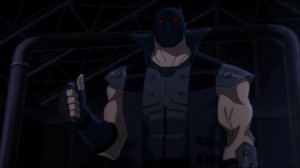 The story starts off with Batwoman  trying to foil a robbery. Batman joins in to help and then we see our first glimpse at the rogue gallery that has been sent to do the job, The surprise was Heretic. Knowing his lineage from the comics I was really intrigued to see if they would stay true to the comics and for the most part they did. Batwoman is saved by Batman only to see him get blown up. Batman is presumed dead and has been missing for a good while.

Alfred then sends out an emergency 911 to Nightwing and Robin. Not a 100% sure why they did not include Tim but I am sure they had their reasons. Nightwing is then forced to do what he swore he did not want and take on the mantel of the Bat. Batwoman knows that he is not the real Batman and after some digging in the Bat-computer, Alfred finds Bruce’s file on Batwoman and the team grows by one.

During all of this Luke Fox (Lucious Fox’s son) has made some strong accusations with Wayne Tech and Batman. This makes Lucious very nervous and when Heretic blasts his way in Luke then sees that his intuition was correct. Lucoius was badly injured and Luke vows vengeance for his father. He hacks into his fathers computer and finds the specs for the Batwing suit and takes it upon himself to wear it into battle. 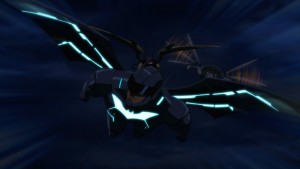 The rest of the movie is spent with this new team trying to find Batman as they all believe he cannot be dead. When we find out that Talia al Ghul is involved and using the Mad Hatter to hatch her plan things get interesting.

I will not spoil any more of the movie as it was really good. The best part was the scene between Batman and Nightwing. If you are a Batman fan the battle will give you chills and the ending will hit you right in the feels as you hear Nightwing doing everything he can to get Batman to listen to reason.

JQ gives Batman: Bad Blood a 8.5/10.  I enjoyed it, would have given it a higher rating if the story line was not watered down from the original content. But I will give a 10/10 for the special appearance in the final scene. Check it out to see what I am talking about! 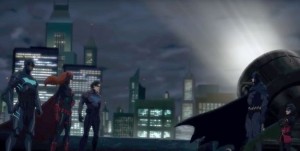