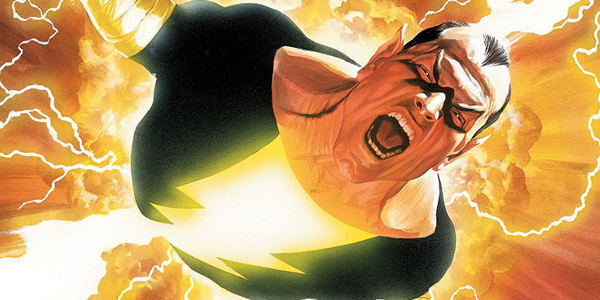 Fans of DC Comics and their live action properties know that the TV worlds and movie worlds will remain separate, but it looks like even the movies may keep things apart.

News hit the web today that the Rock will be playing Black Adam in an upcoming film, but as the news spread even more came out about the upcoming film.

Talking with Entertainment Weekly Toby Emmerich, New Line president and distributor of the film,  gave his perspective on the film.

“It feels to me like Shazam will have a tone unto itself,” he explains. “It’s a DC comic, but it’s not a Justice League character, and it’s not a Marvel comic. The tone and the feeling of the movie will be different from the other range of comic book movies.”

I understand the need to feel different than Marvel, but the two companies have been borrowing from each other for years. DC has all its heroes under one roof, unlike Marvel, yet they refuse to make a shared universe in the live action world. While it has worked well for Arrow, we will see if it still works when 4 DC shows share the air this fall with major movies coming in a few years. And someone should fill Mr. Emmerich in about the Justice League, because Shazam has been a part of the team for years.

So what do you think, can even further fractured DC live action world survive when Marvel is doing such a good job?