Move Over Taco Bell, There is a New Taco Truck in Town 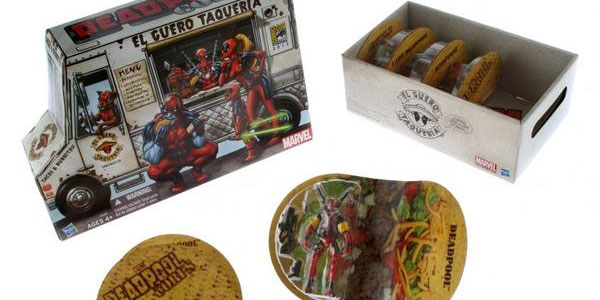 This is one taco truck you might want to let pass you by if you saw it on the street, but one most Marvel fans will not be able to resist at SDCC.

The price points on most the the Comic Con exclusives seem to keep rising, so it has been up to the toy makers to come up with clever ways to make their products feel special to collectors who make the pilgrimage to So Cal in July. Hasbro has done it again, giving fans of the Marvel Universe line of toys a unique way to collect a family of Mercs– the Deadpool Corps.

The packaging is a taco truck driven by the head of the family Deadpool, inside each figure is packaged inside their own taco shell. The figures in this set include Lady Deadpool, the Champion of the Universe, Kidpool, Dogpool, Squirrelpool, and the big man himself Deadpool.

The set will be available until sold out at the show, and a limited number may be available online at Hasbro Toy Shop for $49.99. And don’t forget to check out the Hasbro’s Marvel Legends and GI Joe exclusives for SDCC 2013. 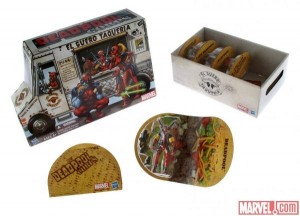 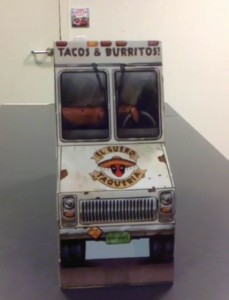