Deadpool Is on the Loose 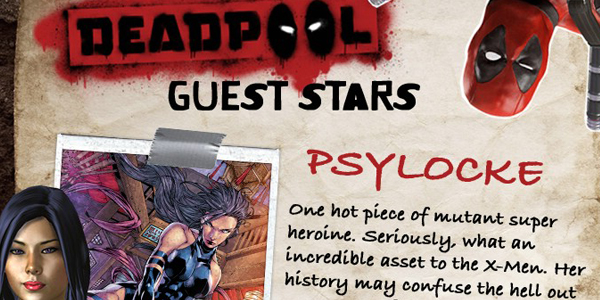 Today the Merc with a Mouth is running loose on your PS3 and Xbox 360.

IGN released a new trailer for the game which allows players to control the Marvel’s most famous assassins. There is no doubt from all the images and trailer that this will be one violent game. In a world of games trying to appeal to every age group it is nice to have a game that is gear for the older gamer who loves comics. Deadpool is not the only Marvel character in the game, check out the trailer to see some of the fun characters and cameos in the game.