Deadpool Gets the VIP Treatment in the One: 12 Collective 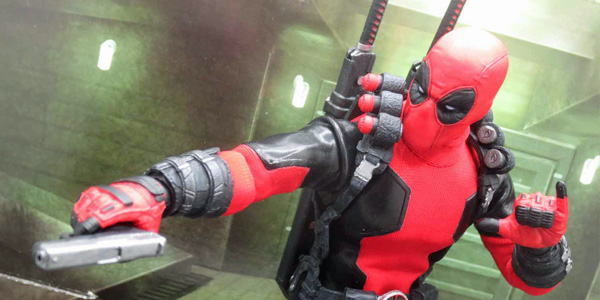 The Merc With The Mouth gets a great Mezco-exclusive edition as part of the One: 12 Collective.

It makes total sense that we’d see multiple versions of Deadpool in Mezco’s One: 12 Collective. Wade Wilson has rocked several noteworthy costumes over the years, and the One: 12 Collective has always been keen on alternate colorways and variants. But one of the most painful truths of 2017 was that the long-delayed final Deadpool Mezco would release was, hands down, the best of the bunch. That fact stayed my hand each time I was tempted to order the X-Force, X-Men, or standard edition versions… but now, in hindsight, I’m glad I held strong and waited for the Mezco exclusive variant.

This figure features Deadpool in his most iconic red and black outfit, which enjoys a particularly excellent real-world interpretation on this figure. The straps and pouches and holsters and armaments of Deadpool’s comic outfit all lend themselves perfectly to the realistic, militaristic aesthetic Mezco often taps into for their Marvel figures, while the bright red hue of Deadpool’s costume adds a level of absurdity to the toy, not seen in previous releases such as Daredevil or the Red Skull. 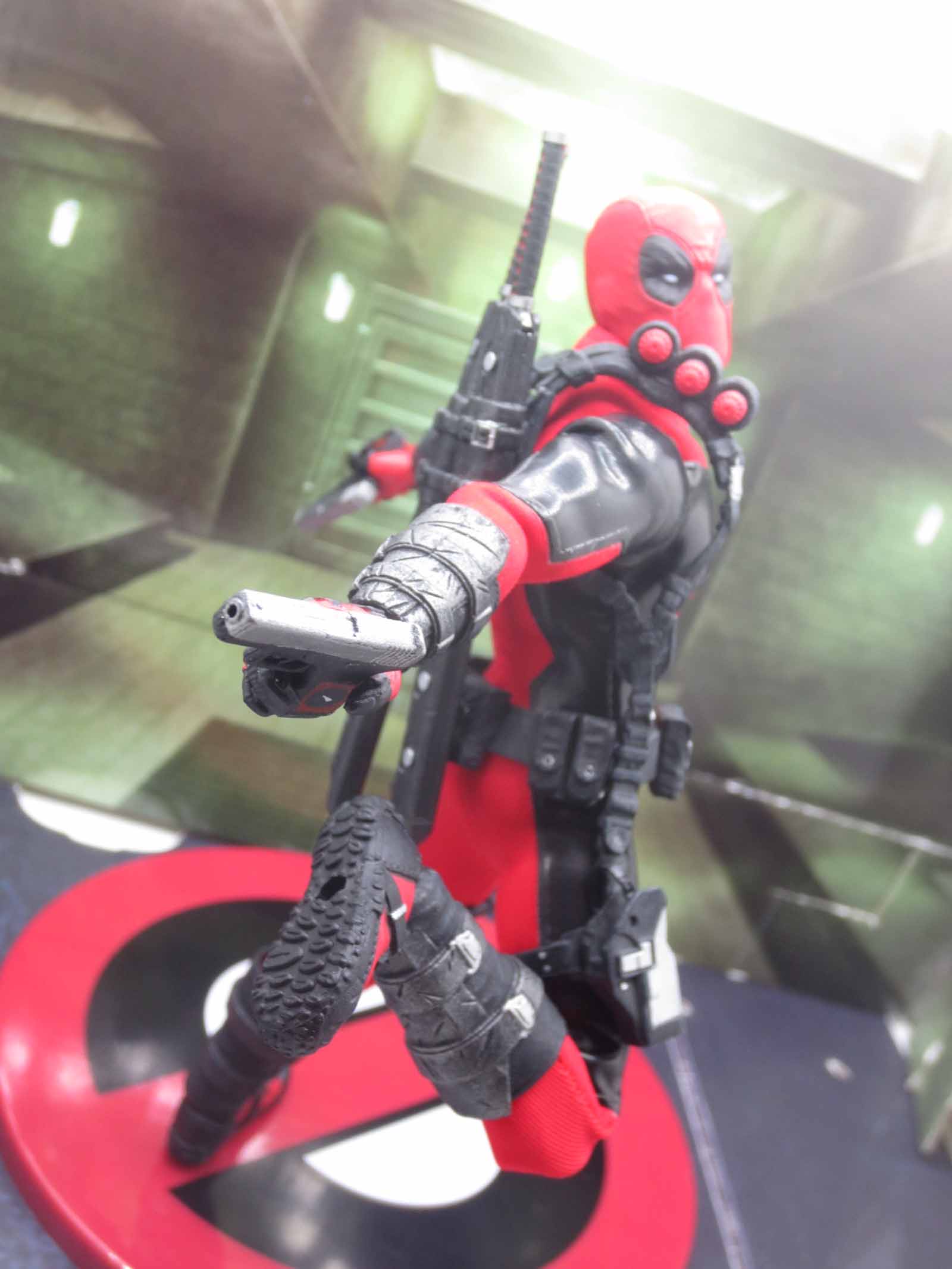 Deadpool sports the same excellent articulation as other One: 12 releases, and he features a decent range of motion. The red of his costume is spandex, which is quite forgiving of extreme poses… though the black portion of the costume are rendered in a faux patent leather which is a bit more restrictive. Thanks to the placement of the two colors, the figure still maintains a wide variety of posing options, though I did find myself held back when attempting to pose his arms and legs in certain poses, in particular.

The inhibitions are minor issues, at best, and are certainly offset by this figure’s great accessories.  Deadpool sports a very diverse assortment of alternate hands– everything from balled fists, to dual trigger fingers, to a “hang ten” sign– and in terms of weapons, this dude is armed to the teeth. Wade comes packing two pistols, two swords, four hand grenades, six elephant shells, and an assault rifle. And with the exception of the grenades and rifle, each piece also includes a method of storage on the figure itself… always a huge plus when it comes to accessories.

Wade also features two alternate headsculpts– one standard and one with a wide-eyed “goofy” expression tailor made for the character. While I would have liked to see an unmasked head, these two masked expressions still provide a solid range of options for the figure.  This Mezco exclusive edition also includes Headpool, an entirely original sculpt of the disembodied head, complete with tattered Deadpool mask and helicopter beanie. This is a great piece, right down to the visceral sculpt which conveys a grisly sense of realism while maintaining the absurdity which is almost requisite for this character.

The one thing Headpool is lacking is a flight stand. In the comics, the beanie is able to keep this severed head aloft, but Mezco’s sculpt is apparently intended to rest only on the ground, or in the nurturing cradle of Deadpool’s arms. The One: 12 Collective is noteworthy, among other achievements, for its frequent allowance of flight stands.  I can’t help but with Headpool was afforded his own (even smaller scale) flight stand, which would have opened up display options in some really fun ways.

Regardless, the personality of the Headpool sculpt alone means the figure makes him a worthy addition. And the rest of the package is equally great. One: 12 Deadpool leans into all the strengths of Mezco’s remarkable action figure aesthetic… while adding a manic sense of fun to the mix, which fits this character brilliantly. 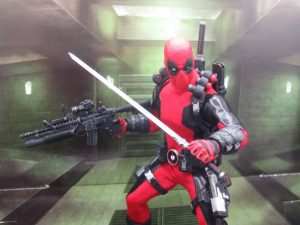 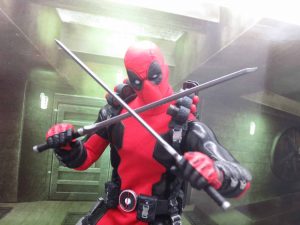 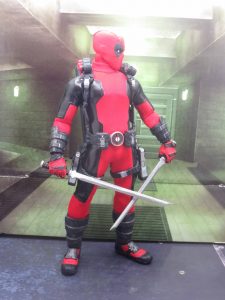 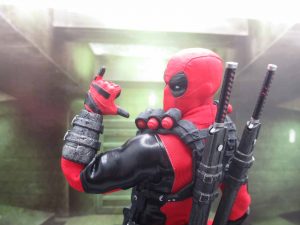 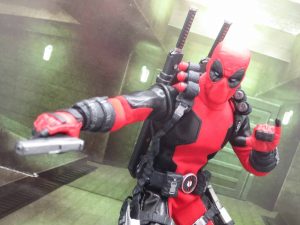 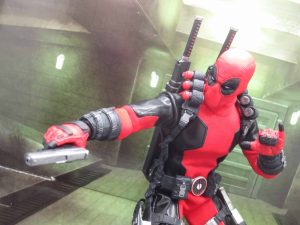 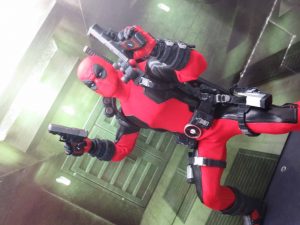 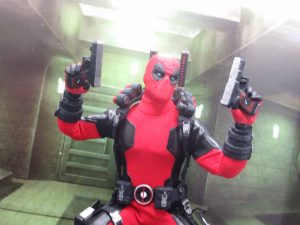 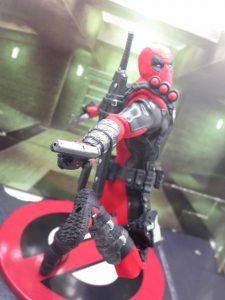 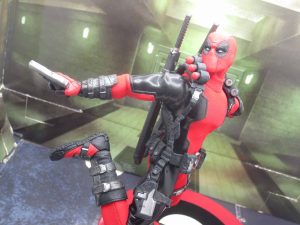 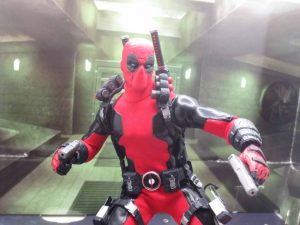 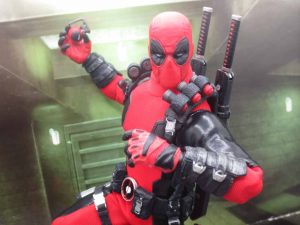 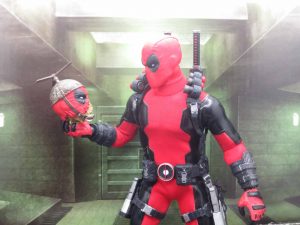 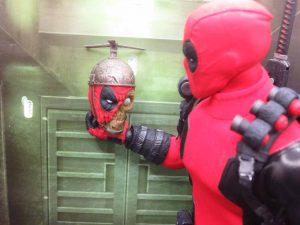 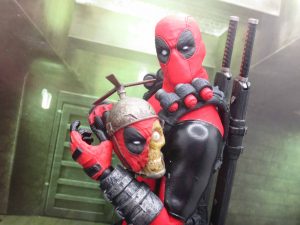 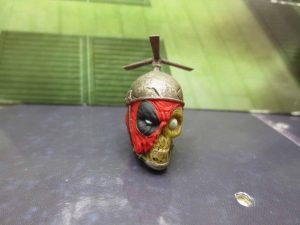 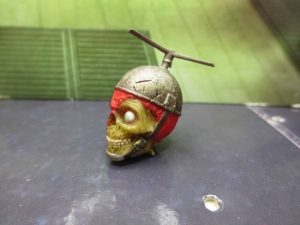 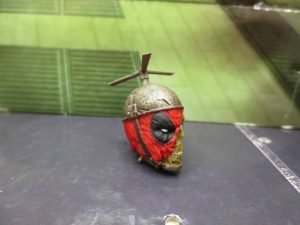 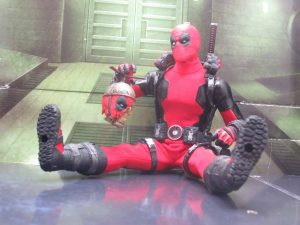 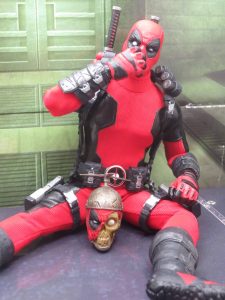 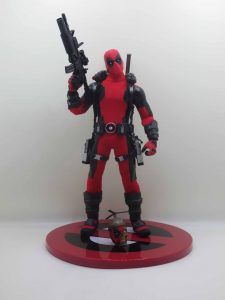