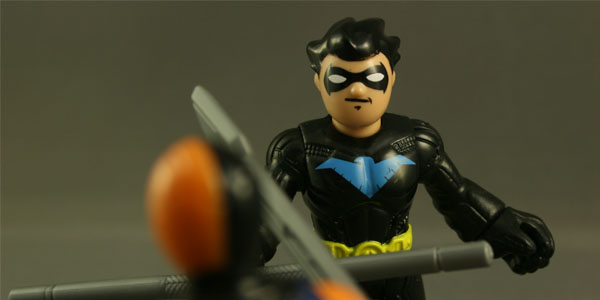 Deathstroke may be too much for the little ones, but that does not mean they can’t have him and Nightwing in the Imaginext line. This line might be the best DC line since the Super Powers. There are playsets, vehicles, and almost every character a collector would want. The problem is they are really made for little kids, which means simple designs and limited articulation. This will be the line that kids today will be tracking down when they are older collectors because their parents tossed them.

One of the harder to find sets is the Nightwing Slade set, exclusive to Target. It has been showing up on and off for the last year, and after sitting unopened in my collection I finally opened the set. The weapons are ridiculous, but still fun. They sword and bow staff are way to big for these figures, but they match their characters. The designs on Slade are spot on to the comics, with only the name change for figure. Nightwing looks the most different from his comic counter parts, but great that they went with the blue symbol not the modern red.

This is line is a slippery slope for many collectors.  Not only is DC making every character under the sun but there are also Marvel, Star Wars, Turtles, Power Rangers, and the just humans. 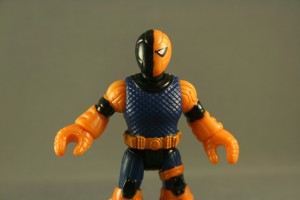 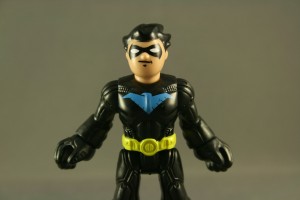 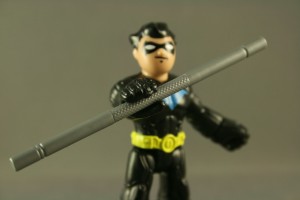 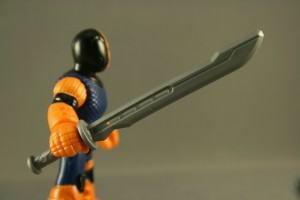 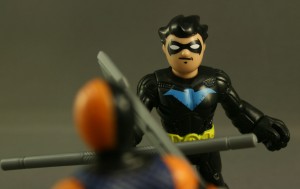 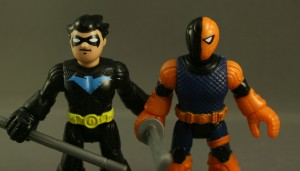