Death Comes To Comic-Con (Thanks To NECA) 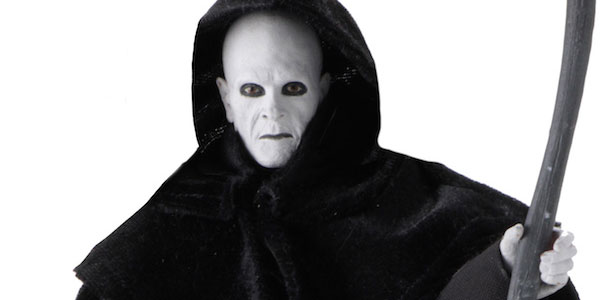 Well, this is a surprise! I had assumed NECA would call it a day with the Bill and Ted collection after the release of the Wyld Stallions themselves along with the Shout! Factory exclusive Rufus, but no– they’re releasing an 8″ retro style figure based on Death, only at Comic-Con!

The figure looks great, perfectly capturing the ghoulishly supernatural, yet slightly weary and totally put-upon personality that made William Sadler’s grim reaper such a classic character. Death sports a fabric robe with hood, as well as his ever-present scythe, and comes packed in a window bow similar to Rufus.

Only 1,000 Death figures are being produced, making him the most limited of NECA’s Comic-Con offerings, but good news– he’ll be for sale at NECA’s booth at the show, and also available in limited quantities at TheNECAStore.com starting June 20th.

Check out more photos of Death below, and click here to get all the details on NECA’s non-attendee sale.  Are you as excited to add the reaper to your collection as I am? 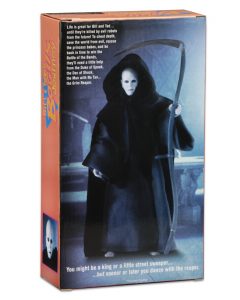 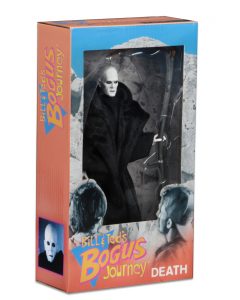 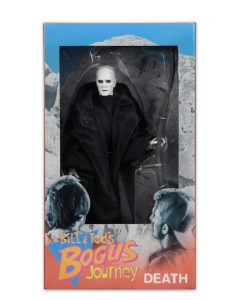 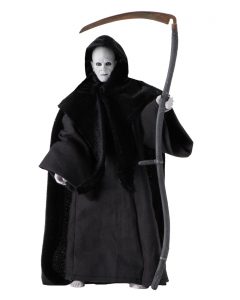