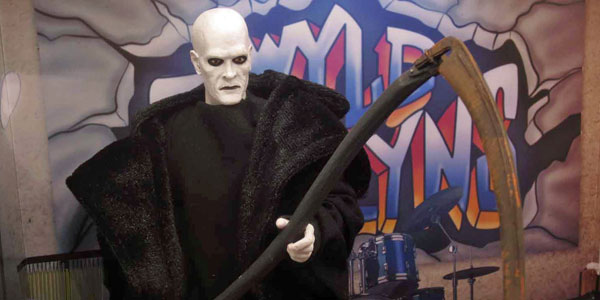 NECA brings Bogus Journey’s Grim Reaper to their Bill and Ted 8″ retro figure collection, and he is awesome!

The most surprising exclusive NECA brought to Comic Con was Death, Bill S. Preston, Esq. and Ted “Theodore” Logan’s antagonist-turned-ally from Bill & Ted’s Bogus Journey.  After releasing the Wyld Stallions themselves, along with a Shout Factory exclusive Rufus last year, I had assumed NECA’s time with this property was over… but Death not only builds out the collection, he expands it to cover both Bill & Ted films.

Like the previous toys in this line, Death is an 8″ Mego-esque retro figure, complete with a fabric outfit.  Death’s wardrobe is rather simple, just a solid black cloak with a hood.  It’s, of course, movie accurate (right down to the Reaper’s bare feet), and the figure looks great with the hood up or down.  Death also includes his scythe, which he can hold in one or both hands. 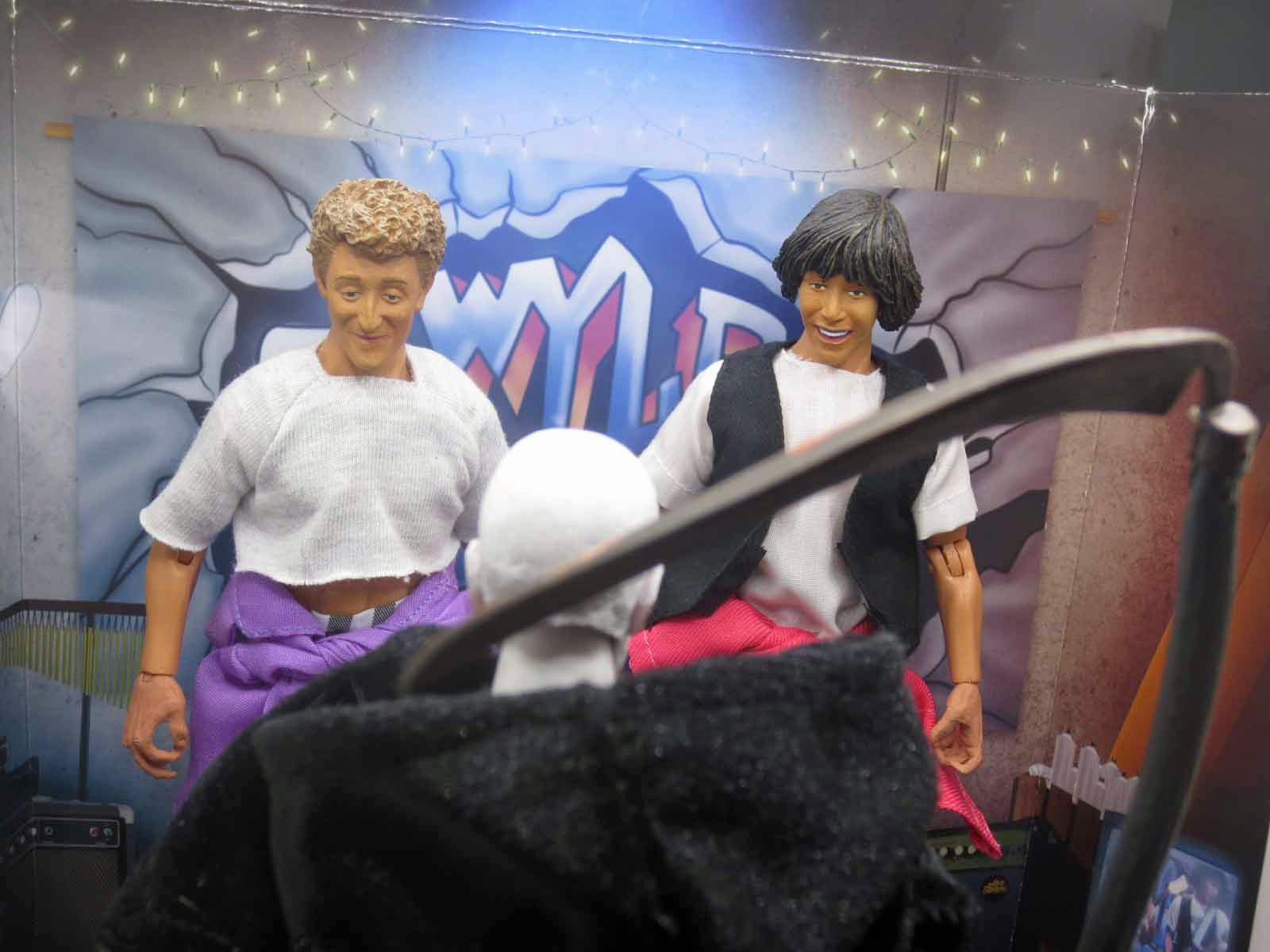 Death sports an all new headsculpt with a great likeness of William Sadler, and his perturbed expression is perfect for the put-upon ghoul from the film.  As is often the case with NECA products, the figure’s greatest charms are its details, and Bill & Ted’s intentionally low-tech spoof on Death from Ingmar Bergman’s The Seventh Seal is the perfect subject for a number of subtle visual gags in the design.  I’m particularly fond of the figure’s paint apps, which give the illusion that Death is just a guy wearing white body paint (see the exposed skin on his palms and behind the ears).  And the rust deco on Death’s accessory adds both realism and amusingly enhances the half-assed character design.

Our favorite Grim Reaper is packed in an appropriately 90s neon window box which fits perfectly with the designs of Bill & Ted’s and Rufus’ packaging.  On his own, Death is a really fun figure, but the other thing that makes him quite exciting is the potential he represents… there’s a lot of other totally cool characters in this franchise, and Death’s existence makes it more likely that maybe we will see the likes of Socrates, the Babes, or maybe even Station (Station!) sometime in the future.  That is a most excellent thing to hope for! 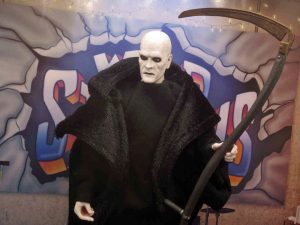 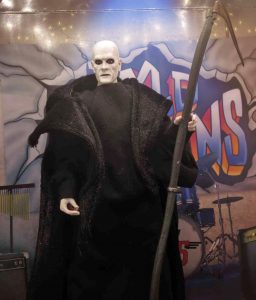 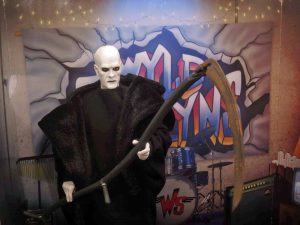 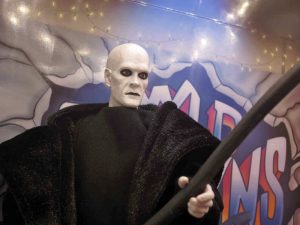 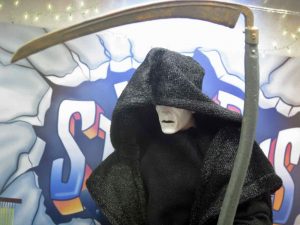 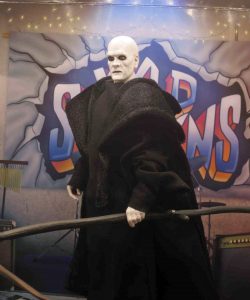 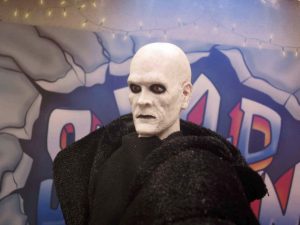 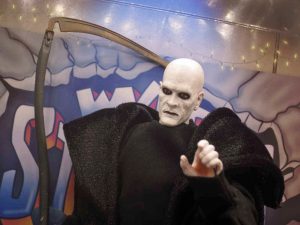 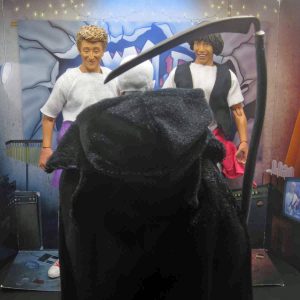 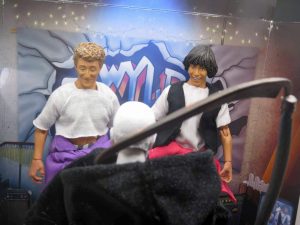 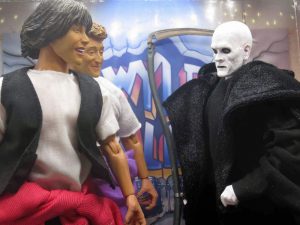 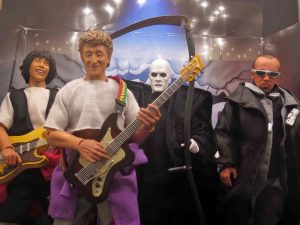 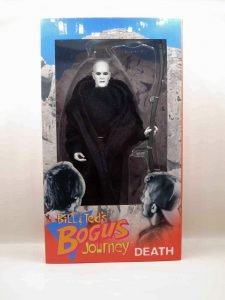 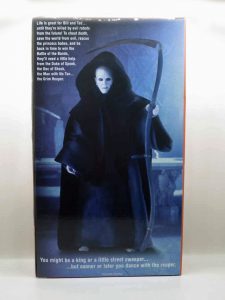