The Death Of Superman Lives, The Complete Story 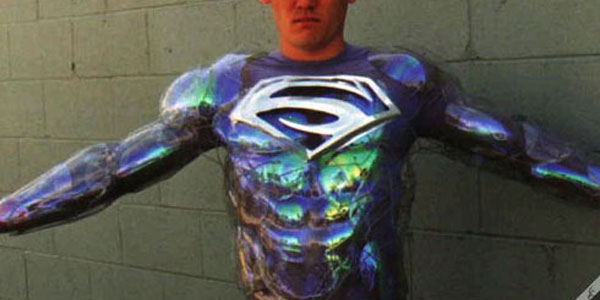 A new documentary promises to offer an inside look at the weirdest Superman movie that never was.

There’s a ton of genre projects that never got off the ground.  False starts and abandoned concepts are par for the course for most sci-fi and comic book movies, but these behind the curtain early attempts are often fascinating to watch.  The king of these unmade projects in the halls of geekdom has to be Superman Lives.  Post Christopher Reeve and before Superman Returns, Tim Burton tried to get his own incredibly bizarre vision of the Man of Steel to the big screen, and over the years the project seemed to be one of the strangest comic book movies of all time.

With Nicolas Cage starring as Clark Kent/ Superman, a script by then comic darling Kevin Smith, Braniac as the villain and plenty of typically outlandish Burton designs, Superman Lives would have been one trip of a movie, and like no other adaptation of DC’s anchor hero.

Now, Jon Schnepp, who has worked on Adult Swim projects such as Metalocalypse and Venture Bros, has taken to Kickstarter to fund a feature length documentary on the failed production that would have been Superman Lives.  Schnepp clearly knows his stuff about the inner workings of the unmade movie, and his ambitious plan includes interviews with the main contributors, along with a lofty stretch goal that would fund re-creating several scenes of the movie, straight from the original script.

What I’m most interested to see is if Schnepp would work in the context of comic book movies becoming such a distinct genre.  Yes, Burton’s Batman films were a hit, but they didn’t usher in a new way of thinking– back in the early 90’s comic book movies were still a campy, minor genre, just a step above Direct to Video fare.  Since then, the whole category has risen to prominence with major hits like Nolan’s Batman films, Raimi’s Spider-Man and everything released by Marvel Studios.  It worked, and comic book movies are now a major staple of the blockbuster category– but if Superman Lives had been released in the meantime, would its abstract and impossibly bizarre concepts have set the comic book movie genre back even farther? Would Superman Lives have killed the chance of everything since to really become accepted as mainstream movie fare?

I’d love to see Schnepp address that question, seeing how this movie would have changed the general public’s opinion of comic book movies, and if it bombed as badly as it might have– would Hollywood have given up on the genre before Singer and Raimi and Nolan catapulted it into blockbuster territory?

Either way, Schnepp is running his Kickstarter now (Click Here to donate), and he hopes to screen the completed documentary at this Summer’s San Diego Comic Con.  I hope this project gets off the ground, because this movie that never was has always seemed so unique and interesting… I think its story needs to be told.