Deathlok Coming To ‘Agents of SHIELD’ 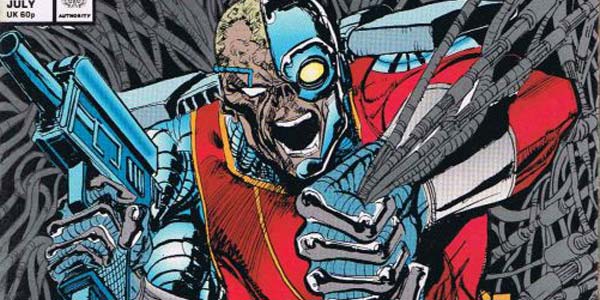 And he’s been right under our nose, since the pilot!

Dude, I don’t know how I didn’t see this coming!  Super powered Mike Peterson, featured just a little too much thus far in Agents of SHIELD, got blowed up pretty good in the mid-season finale, and it turns out there was a pretty cool reason… he’s being transformed into Deathlok!

For those you don’t know, Deathlok is one of the more fun Marvel D-listers who’s been tearing his way through the Marvel universe since the 70s, who got a big boost in the early 90s (which is where I first encountered him).   I’ve got a nostalgic love for the cyborg anti-hero, but I have no idea how many other comic nerds will side with me on that one.

Regardless, this is further proof that maybe the SHIELD creative team actually does have a plan in place?  Or else, they’re just really getting good at retconning.  Either way, we get Deathlok in the Marvel cinematic universe, so I call it a win!

Here’s more details on the reveal, in an episode scheduled to air in February:

Transformed into the cybernetic solider against his will, Mike Peterson (J. August Richards) must struggle to find the man in the machine. With a high-tech eye that allows him to see through walls, super strength and increased speed courtesy of a cybernetic leg, will Deathlok fight alongside the Agents of S.H.I.E.L.D. or against them?