Deathstroke Takes on the New 52 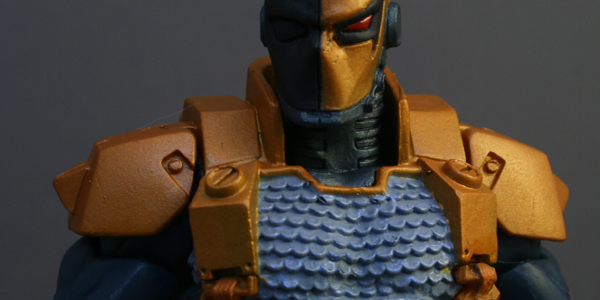 The New 52  DC Collectibles Deathstroke mixes the old color pallet and scales, with the armored look of the new DC world.

DC Collectibles has really stepped up their game in the past few years, making them the company to beat for DC figures. It is always hard as a collector to rationalize buying another version of a character, there has to be something compelling to cause most of us to spend almost $30 on a figure. This Deathstroke has that something, making him one figure not to miss.

The new design has an armored look, but has all the a mercenary needs. The sculpted details on the costume, really help the figure stand out in a sea of spandex characters. The paint apps of the figure is also a big selling point. It may be mostly a mix of oranges and blues, but the paint lines even on the smallest of areas, is near perfect. The only issue with the figure itself is the articulation. There’s not a good range of motion, partially from the number of point, but mostly due to the armor. The armor and belts hinder the movement, making him more of a display piece than a figure to play with and pose.

The killer of the DCU comes with three accessories; a gun, sword, and knife. All accessories can be stored on the figure, but all have minor issues. The sword does fit on his back, but the peg hole does not go deep enough into the sword, which makes it more of a balancing act. Granted a deeper hole on the sword would make the it disproportionate to the figure, so it is an ascetic trade off. The gun is a nice addition, but has a rather loose holster. Finally the knife is the most fragile of the three. I broke the hilt removing it from the waist sheath, so take care when you are handling it. All the weapons are well sculpted, but the bigger issue is the hands. Both hands are much too wide for the weapons, making it nearly impossible for Deathstroke to hold his weapons. I might try heating up the hands, but right out of the box it’s a balancing act.

Overall the sculpting and paint overshadow the minor weapon issues with the figure. The fact that for this price you get accessories already puts it a head of any of the recent Mattel figures. If you have a chance track him down, and any of the New 52 figures. Even if your not up on all the comics you will love these new figures. 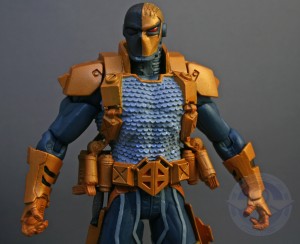 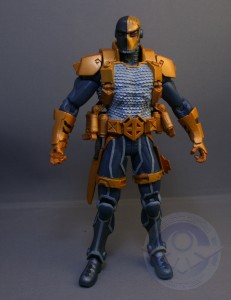 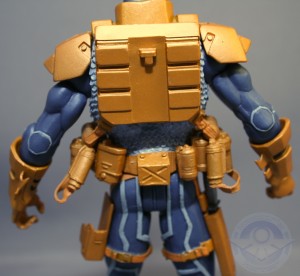 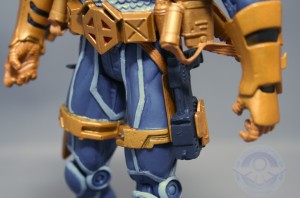 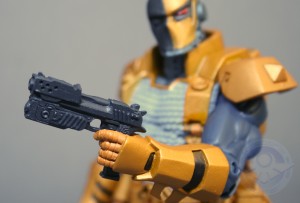 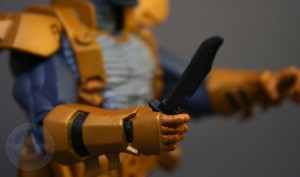 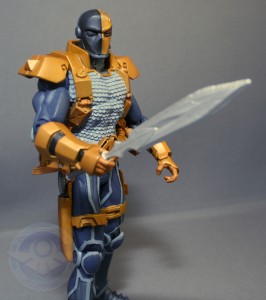