Despicable Me 2 Is Fun, Cute & Clever 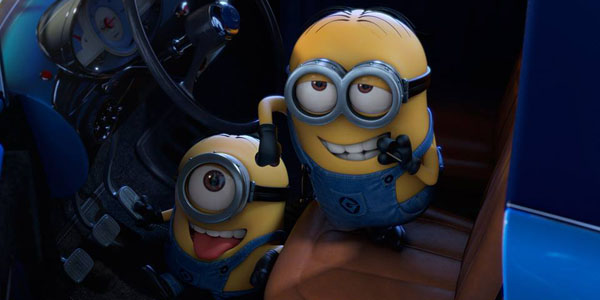 The sequel to Despicable Me is light and silly, and packed with more than enough laughs and fun to make it a great time at the movies for the whole family.

If you were a fan of the original Despicable Me, then the new sequel will be right up your alley.  The second installment features the same fun group of characters and a setup that’s similar enough to what we’ve already seen in this weird world of softly left-of-center super villains, but that remains its own story at the same time.

The story picks up not long after the events of the first movie, with super villain Gru (Steve Carell) enjoying his new life, raising three adopted daughters in the suburbs.  But a new threat arises, catching the attention of the Anti-Villain League (think S.H.I.E.L.D.-lite), who draft Gru to assist them.  While Gru is hesitant to get back in the villain game, the sudden departure of his longtime friend Dr. Nefario– and his perpetually awful experiments as a private jelly maker– eventually pull him back in.

Gru is teamed up with manic rookie agent Lucy (Kristen Wiig), and the duo go undercover at a local mall, following intel that one of the shop owners is secretly the villain they are looking for.  As the story plays out, we hit most of the spy movie tropes, much like the original.  There’s red herrings to be revealed, and the discovery of the actual villain, as well as his nefarious scheme, but much like the recent Monsters University, the stock plot takes a back seat to the other, more important aspects of the story.

In the case of Despicable Me 2, it’s those other elements that make the movie shine.  The spy stuff works really well against the suburban backdrop of Gru’s new life, juggling fatherhood as his kids begin to grow up, as well as romance as he and Lucy begin to fall for each other.  Even using only their voices, there’s a great chemistry between Carell and Wiig, and the two compliment one another both in attitude, temperament and even appearance– I love Lucy’s scarf as a callback to Gru’s own accessory, and her trigger-happy quirks are the perfect counter to Gru’s own seething frustration.

Margo, Edith and Agnes– Gru’s daughters– are all given a new role to play, as are many of the minions, who remain completely adorable and delightfully bizarre, with their odd language and pill shaped bodies.  Between the father-daughter stuff, the spy antics, the romance and the mystery of the minions’ abduction, there’s a lot of threads that unfurl as quickly as one of Gru’s former weapons of mass destruction, but the strong pacing and clever storytelling makes sure to tie everything back together into one satisfying whole.

Despicable Me was never the most substantive of animated movies, but Carell poured just enough sadness into his anti-hero to make him an empathetic lead.  Gru’s arc should feel like a repeat here– replace his need for family with his need for romance– but it stays fresh because of the easy charm of his chemistry with Wiig’s Lucy, and the continued existence of his beloved girls.  Yes, Gru will still shoot people with freeze rays, or bellow demands in the most grandstanding ways possible, but he’s a very different guy than the one we first met.  He’s a dynamic character, and I feel that he continues to grow over the span of this movie.

I don’t think the Despicable Me franchise will ever be as thematically rich as Pixar’s best, but when it comes to smarter than average, totally adorable family friendly adventures… Gru and his crew are two for two.